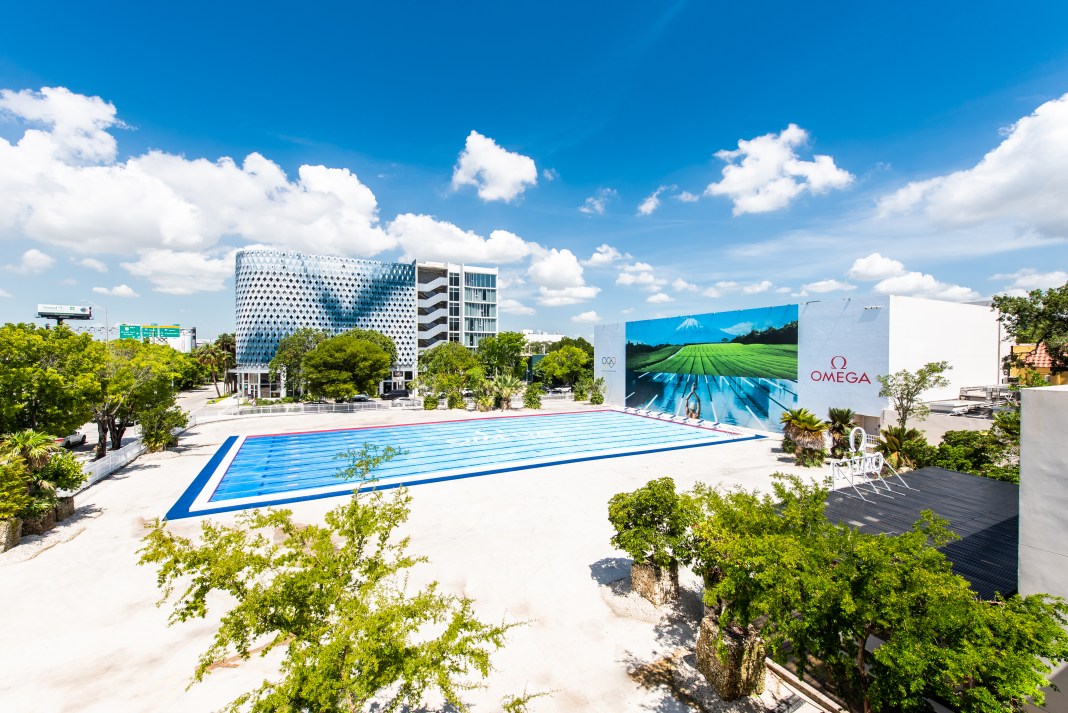 Omega, the luxury watch brand, is celebrating the 2021 Olympics in Tokyo, which began today, by dressing up their store in the Miami Design District and scattering big Olympic-themed kchotchkies around the neighborhood. One of those is a diorama-like display near the shape of a giant fake pool meant to be an ode to Olympic swimming. Out in the sweltering Miami heat, without water, is it just a big blue tease?

The store itself looks like it was decorated by unwrapping a neon orange jogging track and tossing bits here and there around an “exhibit showcasing OMEGA’s history of timekeeping excellence.” Showing of just how great Omega is supposed to be, the press release makes it sound like a mashup of a sensory-stimulating museum exhibit and a merchandise display. As for the other Olympic-themed things Omega has unveiled today around the Design District, besides the aforementioned “pool” that could easily be a tile-frame-lined tarp, the press release really doesn’t say. You’re supposed to discover all that stuff yourself while wandering around, as part of the fun.

UPDATE: According to a promotional email sent after this news went live, the giant pool installation is the stage for “flash-mob style performers ranging from swimmers stretching, golfers riding buggies, runners preparing to ‘compete’ and more.” However, even though athletic actors galavanting sounds like a broadway musical come to life, the reality, as seen in this Instagram post from a confused bystander, is… a bit more awkward.

Check out photos of the pool and Omega store, below.