Flatiron Park Sold, Will Be Developed Into Shopping 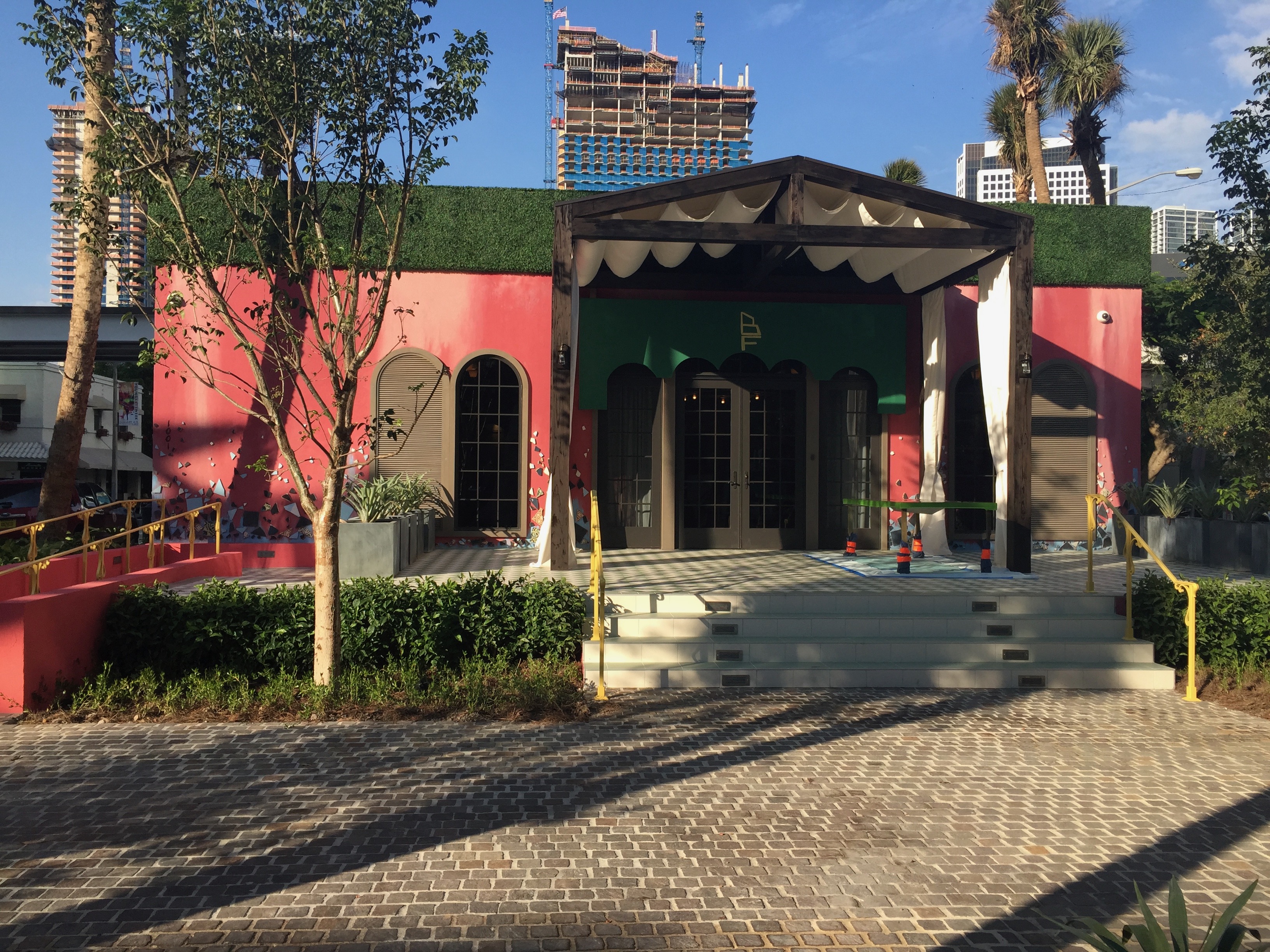 Flatiron Park, a narrow triangle of land in the center of Brickell that I actively followed and promoted as a park back in the good old days when I was the editor of Curbed Miami, has been sold. For the past five or so years, part of the triangle-shaped piece of land was the site of the sales center for Brickell Flatiron, a condo tower which has recently been completely sold out, with the rest being used as a green space with a landscape design by Raymond Jungles.

The sales center is a rather funky temporary building created by the artist Julian Schnabel, who also contributed pieces to Brickell Flatiron itself. However, the more concerning aspect is the future of the park itself, being that the sales center only took up the rear of the site. CMC Group, the developers of Brickell Flatiron sold the sales center along with the rest of Flatiron Park to an unnamed “group of Argentine investors” according to the Real Deal, who intend to build retail on the site, perhaps using it as a flagship restaurant site. Whether they plan to build on the entire site or preserve the park section as a park is still a mystery.