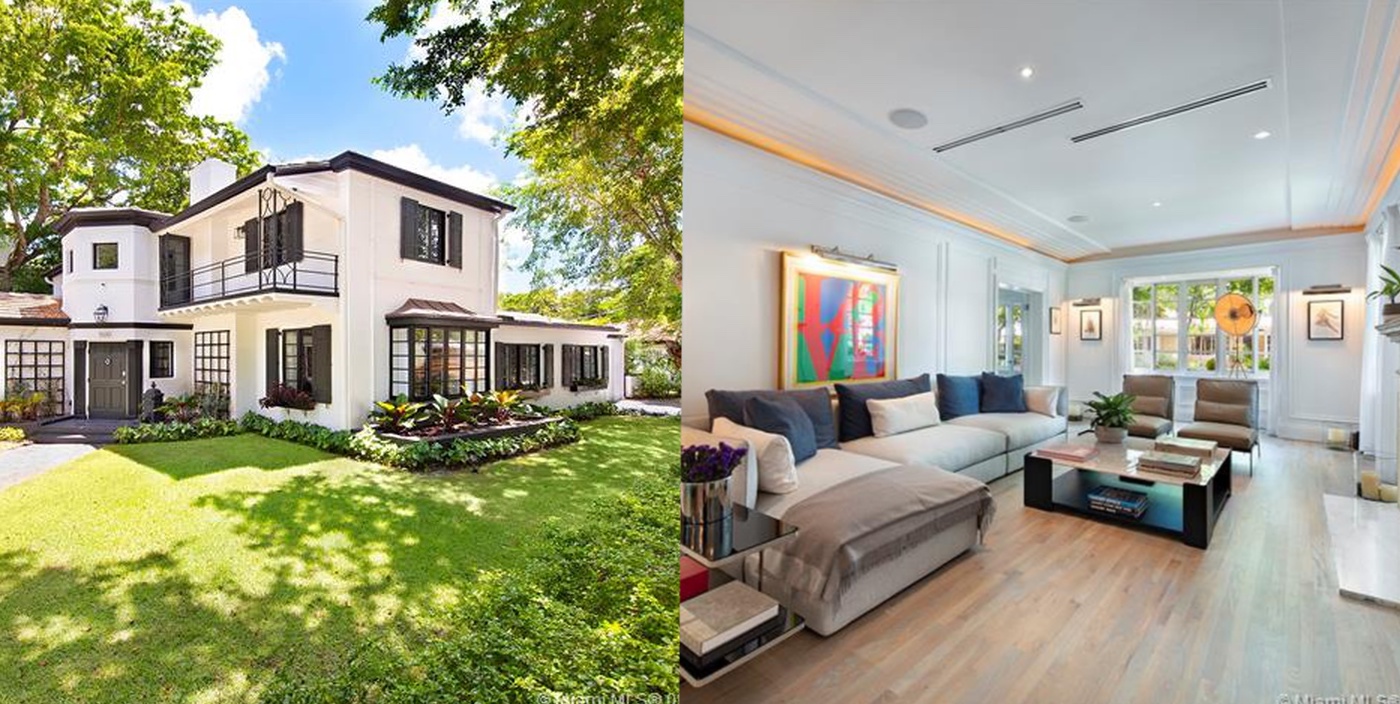 The gorgeous historic house at 500 NE 57th Street isn’t in the quietest part of Morningside, the impressively historic neighborhood in Miami’s Upper East Side that was once a hidden gem. Now the neighborhood is well known and very expensive, and this house is a great microcosm of that. Check out the photos below.

Adjacent to one of two entrances to the neighborhood, the house gets a consistent amount of traffic passing in both directions on its corner lot. It’s a good two and a half blocks from the bay (far by Morningside standards, but still close to the bay, come on), and balconies from a nearby condo tower can see into its backyard. And yet the classic house, built in a traditional style with a lovely front yard, stair tower, upstairs balcony, and bay window has been meticulously renovated and is, frankly, stunning.

Morningside wasn’t always as high falutin’ as it is now. Hidden away behind guard gates and hedges, the neighborhood’s houses were loved, and designated as a City of Miami historic district, they were well preserved. In many ways Morningside was what the nearby neighborhood of Buena Vista is today. Just lovely. Now, it’s lovely but with lots of money, with all the issues that having money entails. For example, if this house was renovated ten years ago the owners would more likely have kept the original vintage bathrooms instead of tearing them out and creating a full-floor upstairs master suite with marble from Carrera and Calcutta.

Built in 1936, the 2,223 square foot house has a living room straight out of a design magazine, three bedrooms, three baths, wire-brushed wood oak floors, a Viking range and Cuban tiles in the kitchen, and linear air-conditioning diffusers. The aforementioned master suite has a large bath, a big walk-in closet, and a private balcony. Well, ‘private’ in the sense that it’s upstairs and the only other thing upstairs is the master suite, but the balcony is directly visible from the street. Although it seriously adds to the charm of the house’s facade, you can’t exactly do anything private on it.

The house was listed in September for $1.75 million, a slight increase in price from the $1.42 million it sold for in 2017. The people who sold it to the current owners, however, are the ones that made the killing. They bought it in 2012 for $498,000. It’s a clear sign of just how much Morningside has increased in price in the last few decades.