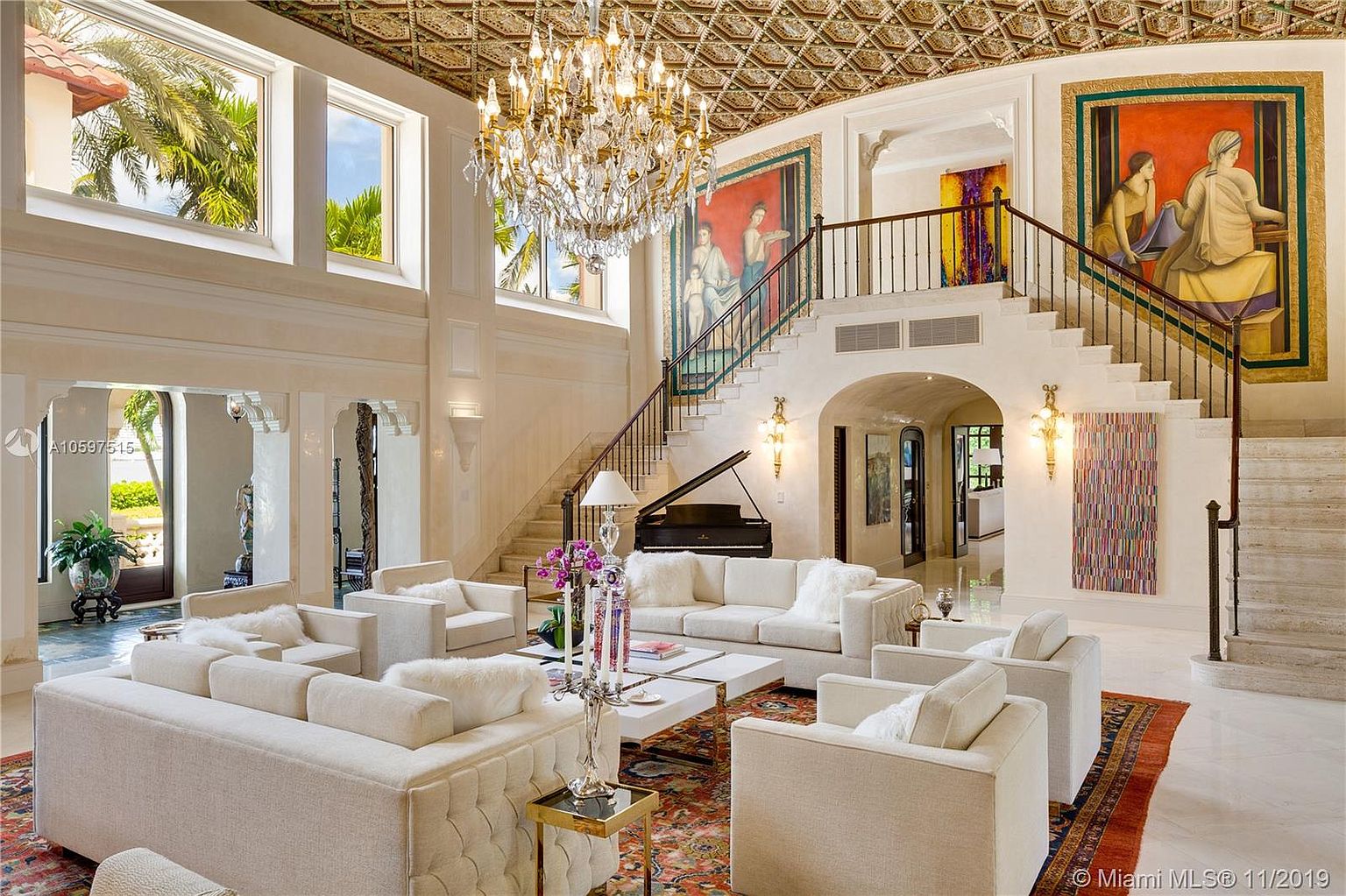 There could be something funky about the house. Certainly the combination of original Med Revival architectural details, and modern-day alterations that don’t quite seamlessly duplicate the quality of the house, might make it look a little off. But this massive $40 million house has stuck on the market for three years more likely because, well, it’s a sluggish market.

The historic estate at 46 Star Island Drive was originally listed in 2016 for an eye-popping $65 million, saw little action, and had already had its listing price reduced to $46 million when the BB wrote about it in 2017. Despite the reduction, it was still Miami’s most expensive listing, although early this year the price was sliced yet again to $39.95 million, and it lost that crown.

Back in the early days of South Florida, the house was a super luxurious yacht club built by Carl Fisher, the father of Miami Beach although few records of that time remain. Although few records of the old club remain, the building itself survived, and was sliced into two separate houses. Amazingly both halves remain, and in 2016 the other half was moved from one side of its lot to the other, so a new house could be built in its place.