Just Slightly Over There: The Big Bubble Bounces Over to the Bahamas 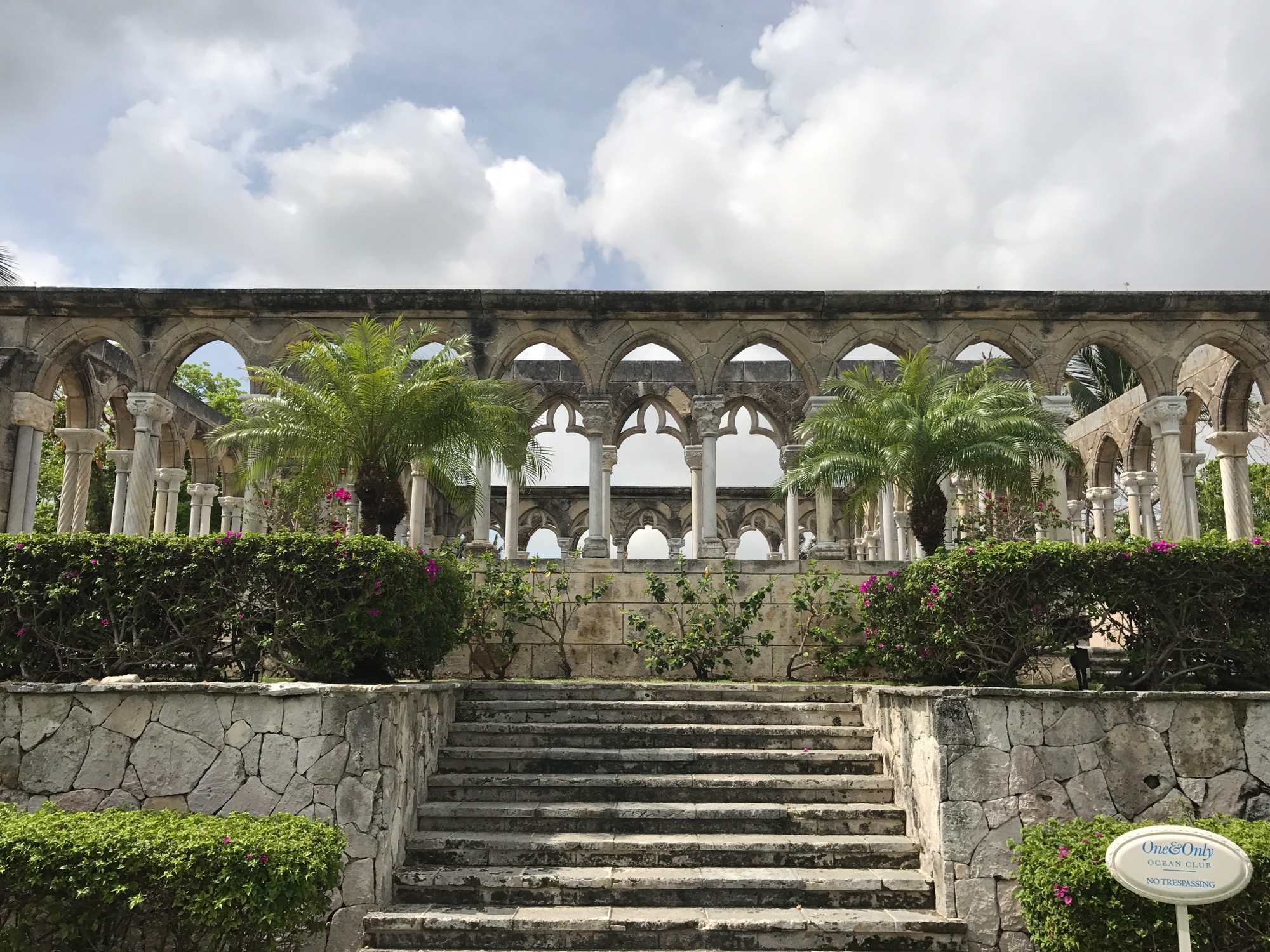 On May 25th 2017 I left for a three-night press trip to Nassau and Paradise Island, in the Bahamas. It would be my third trip to the island nation, my second press trip, and my first time to any part of the Bahamas except for Bimini, where my two previous trips had been.

Organized by the Bahamian Ministry of Tourism, the trip was meant, for me, to explore the architecture, real estate, and history of Nassau and Paradise Island and, for them, to highlight the association between the Bahamas and the Dan Marino & Friends Bahamas Weekend, supporting the legendary football player’s autism foundation, a cause which by the end of the weekend would have a deep impact on myself as well.

Due to some significant complications in my personal life, I’m finally writing this article a year late.

The Morning of May 25th: Getting There & The Hotel

After spending way too much time packing the night before, and literally getting no sleep, I dragged myself to Miami International Airport for an early flight and three nights and four days of Bahamian adventures. Getting to Miami International I find out that my gate is G6, and boy, does that song “fly like a G6” get stuck in my head to the annoyance of everyone else waiting for the flight. I still don’t know what that song is really about, but come on, it should totally be about flying out of Gate 6. My slightly-annoyed fellow passengers and I board our BahamasAir flight, consisting of a smaller, older plane that frankly is kind of dingy and dirty, and in 35 minutes we land in Nassau. The flight isn’t even long enough for drink service.

Our hotel, the Warwick Paradise Island, is extremely close to Atlantis. Yes, the famed Atlantis. However, Atlantis it is not. It’s all-inclusive, although that didn’t mean gigantic buffets everywhere. There was one large buffet open for breakfast and sometimes lunch, but the rest of the dining options were actually a bit limited.

This whole trip, however, would have me thinking a lot about resort culture and hotel design. Comparing Atlantis to my hotel really got me thinking about the topic. Of course, it doesn’t hurt that I live in one of the greatest resort cities in the world, Miami. 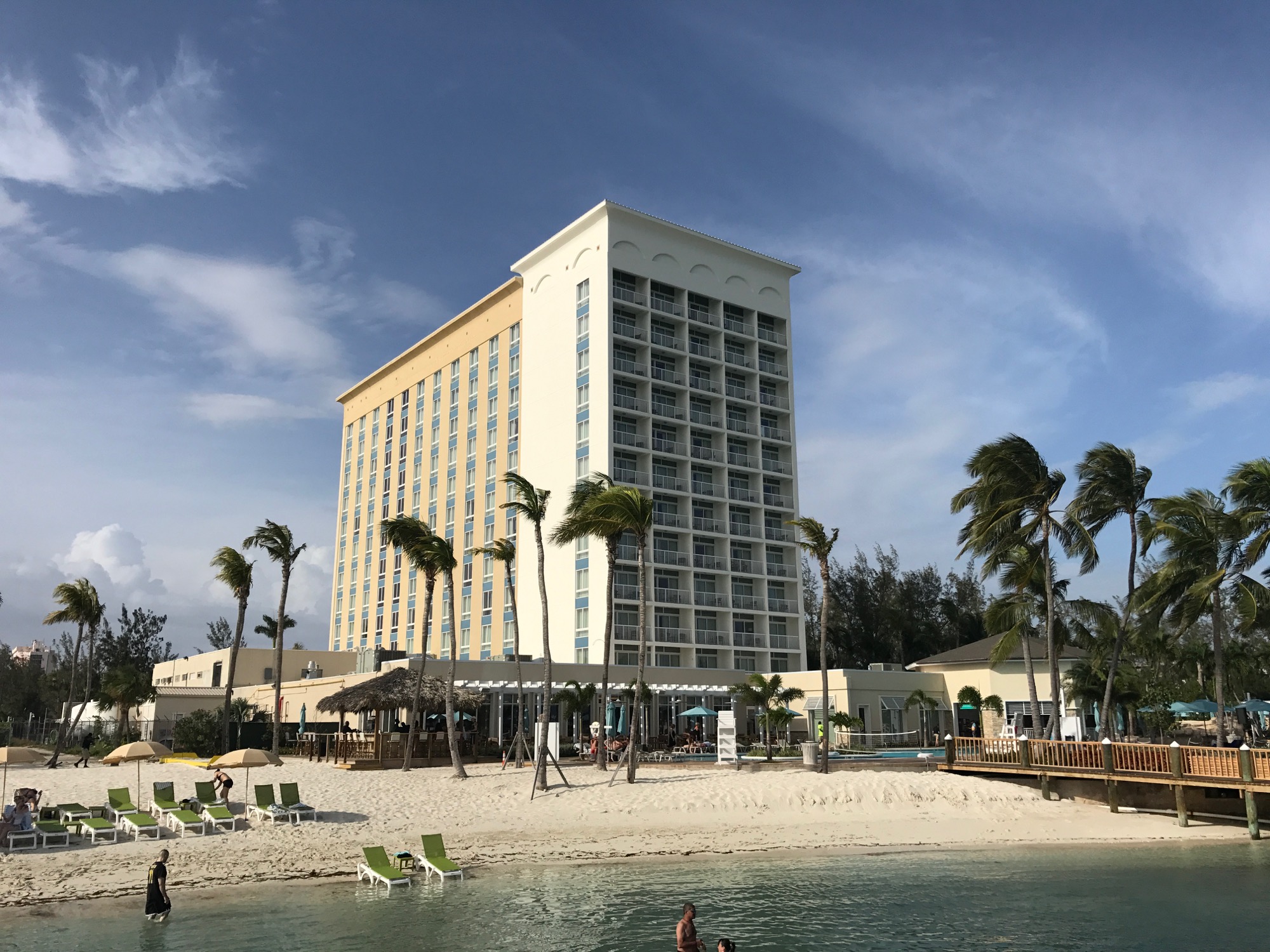 We had most of the afternoon to ourselves, giving me time to recuperate from the sleep deprivation of packing the night before, and to get ready for the smorgasbord that was the Dan Marino Foundation dinner at Atlantis that evening.

The Evening of May 25th: The Dan Marino Foundation Party at Atlantis

The first night party was pretty spectacular. Held at Atlantis, the buffet alone was worth it. Not to mention the cheerleaders!

This weekend, for me, was supposed to be about the architecture of the Bahamas, the history, the culture, and all that kind of stuff relevant to my writing. However, it would become much more significant to me in another way. I have autism, a fact that ever since my diagnosis in college I have avoided somewhat. You see, I have very high functioning autism, which is called Asperger’s. But it’s still ‘autism,’ a word I avoided like the plague. This weekend would change that. 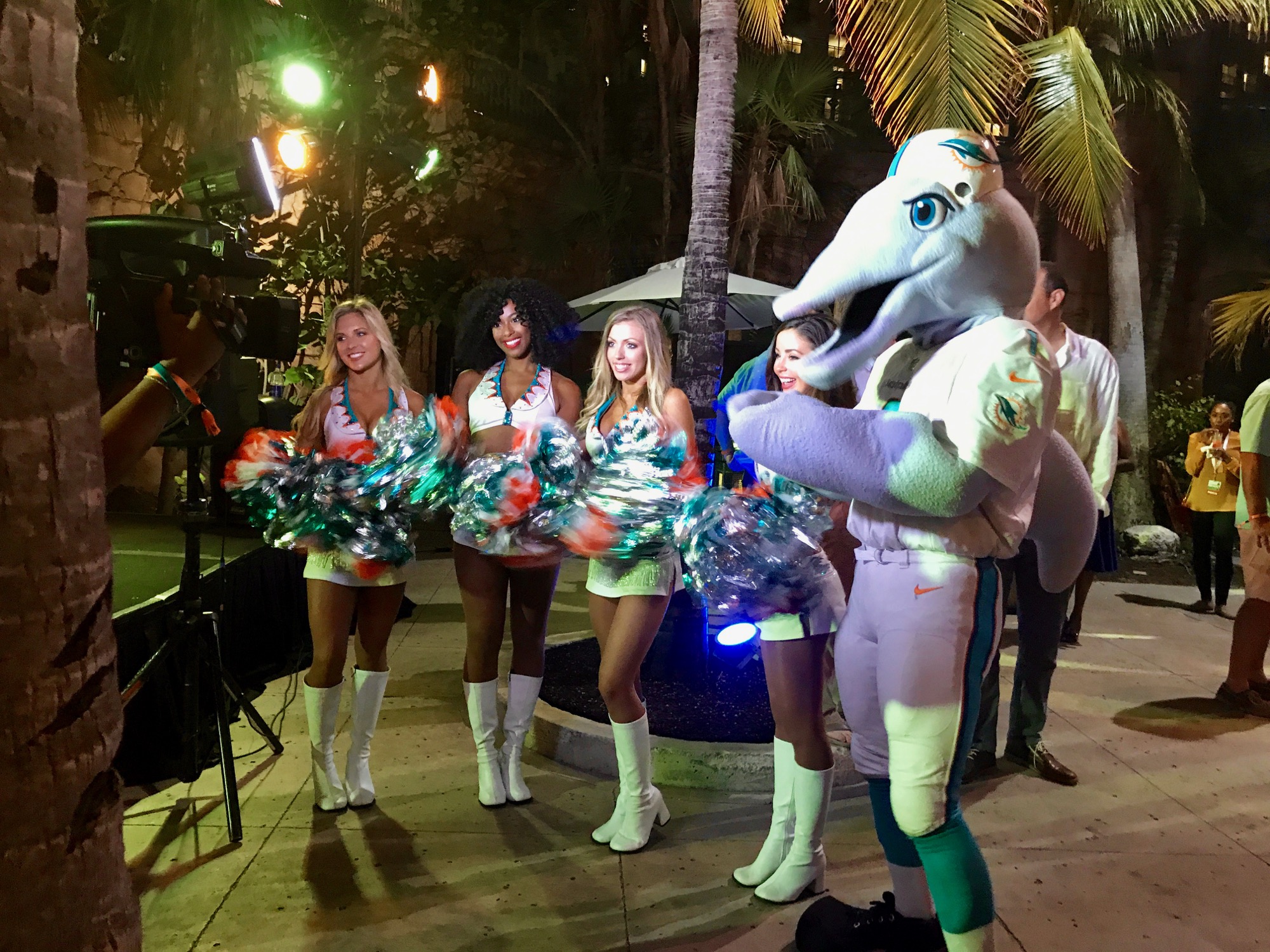 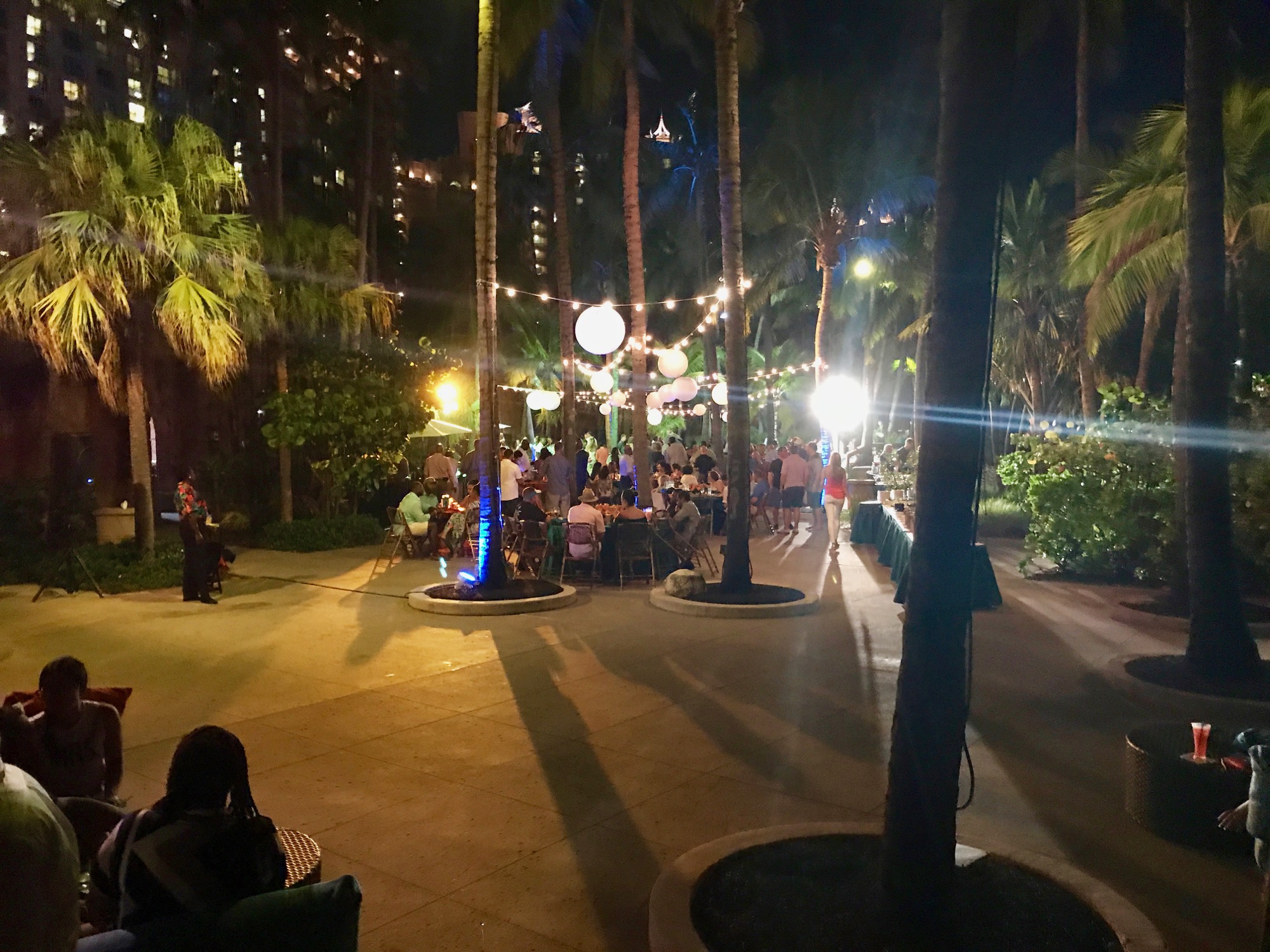 The Morning of May 26th: Exploring Nassau & Paradise Island

The next day we went off exploring Nassau and Paradise Island. First the Paradise Island Ocean Club, a plush golf resort. We drove around. A fair amount of this trip would end up being a speedy tour of the grand highlights of Nassau, by taxi. Driving by some place would count as seeing it. This was no exception. The golf resort was beautiful, however. 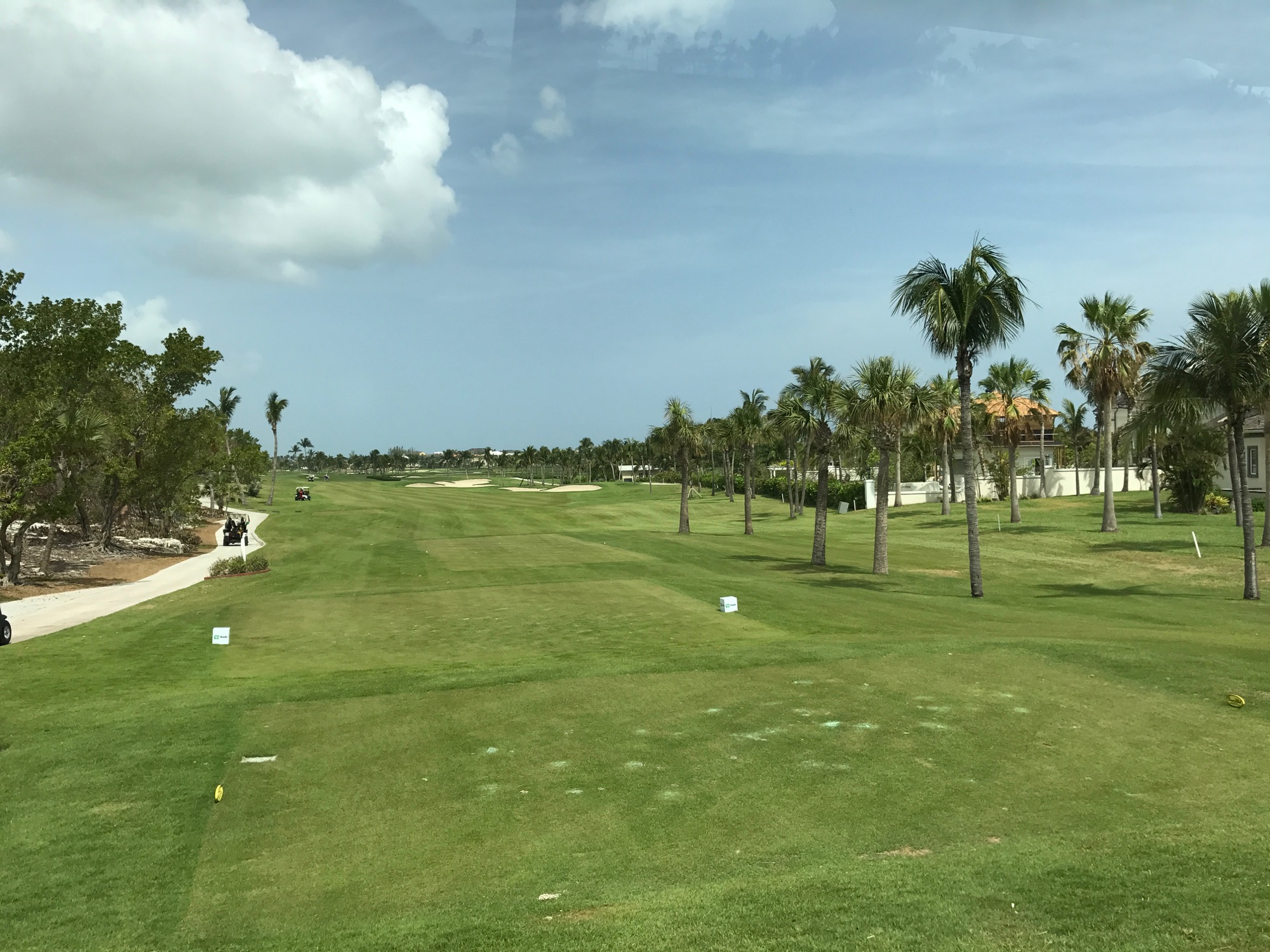 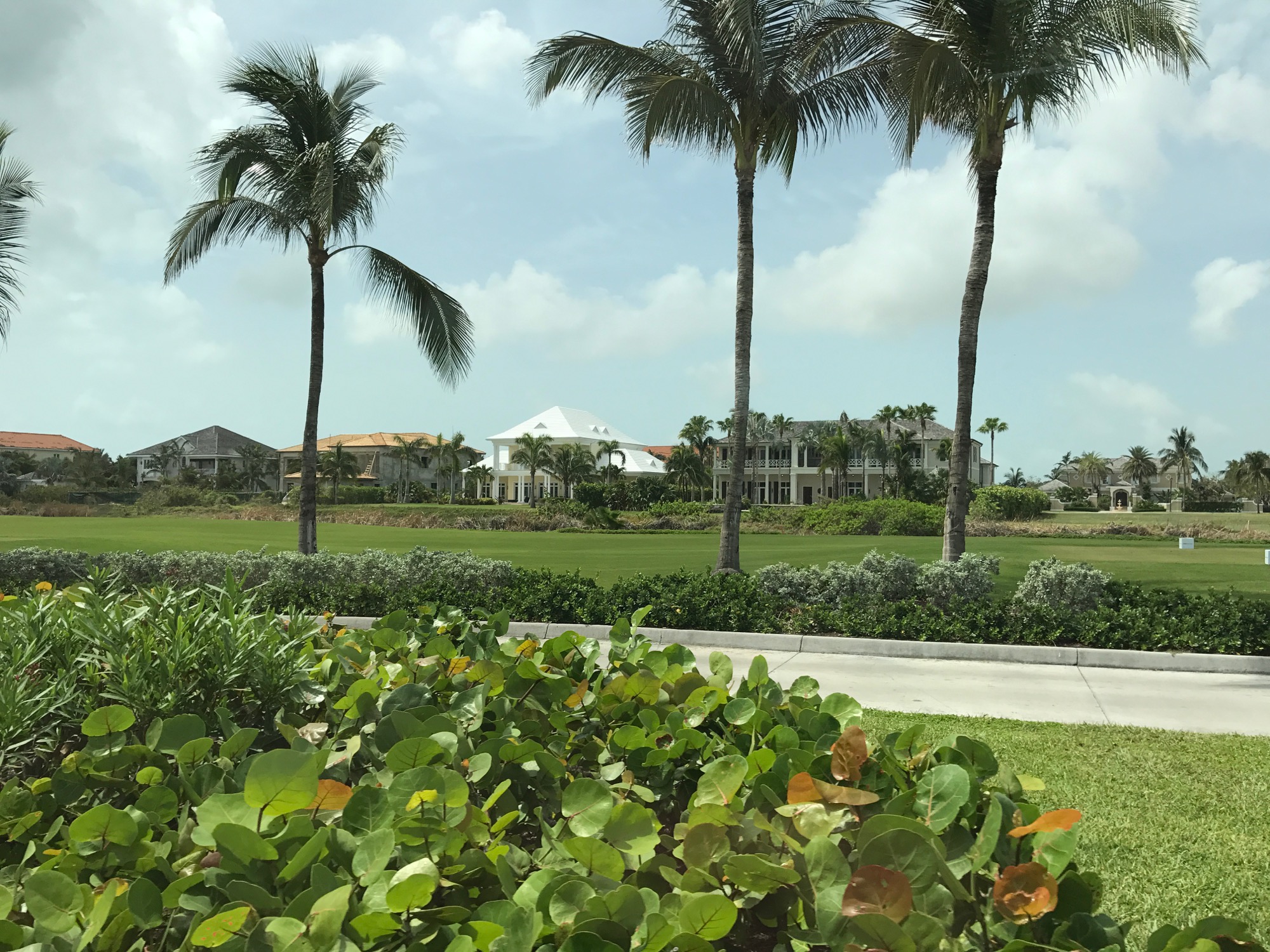 Just outside of the Ocean Club is a beautiful old cloister and garden, spanning the width the of the island. The cloister is part of the One & Only Ocean Club. This is how Frommer’s describes the cloister:

Located in the Versailles Gardens of the One&Only Ocean Club, this 12th-century cloister built by Augustinian monks in southwestern France was reassembled here stone by stone. Huntington Hartford, the A&P heir, purchased the cloister from the estate of William Randolph Hearst. Regrettably, after the newspaper czar originally bought the cloister, it was hastily dismantled in France for shipment to The Bahamas. However, the parts had not been numbered — they all arrived unlabeled on Paradise Island. The reassembly of the complicated monument baffled most, and defied conventional methods of construction, until artist and sculptor Jean Castre-Manne set about doing it piece by piece. It took him 2 years, and what you see today presumably bears some similarity to the original. The gardens, which extend over the rise to Nassau Harbour, are filled with tropical flowers and classical statues. Though the monument retains a timeless beauty, recently erected buildings have encroached on either side, marring Hartford’s original vision. 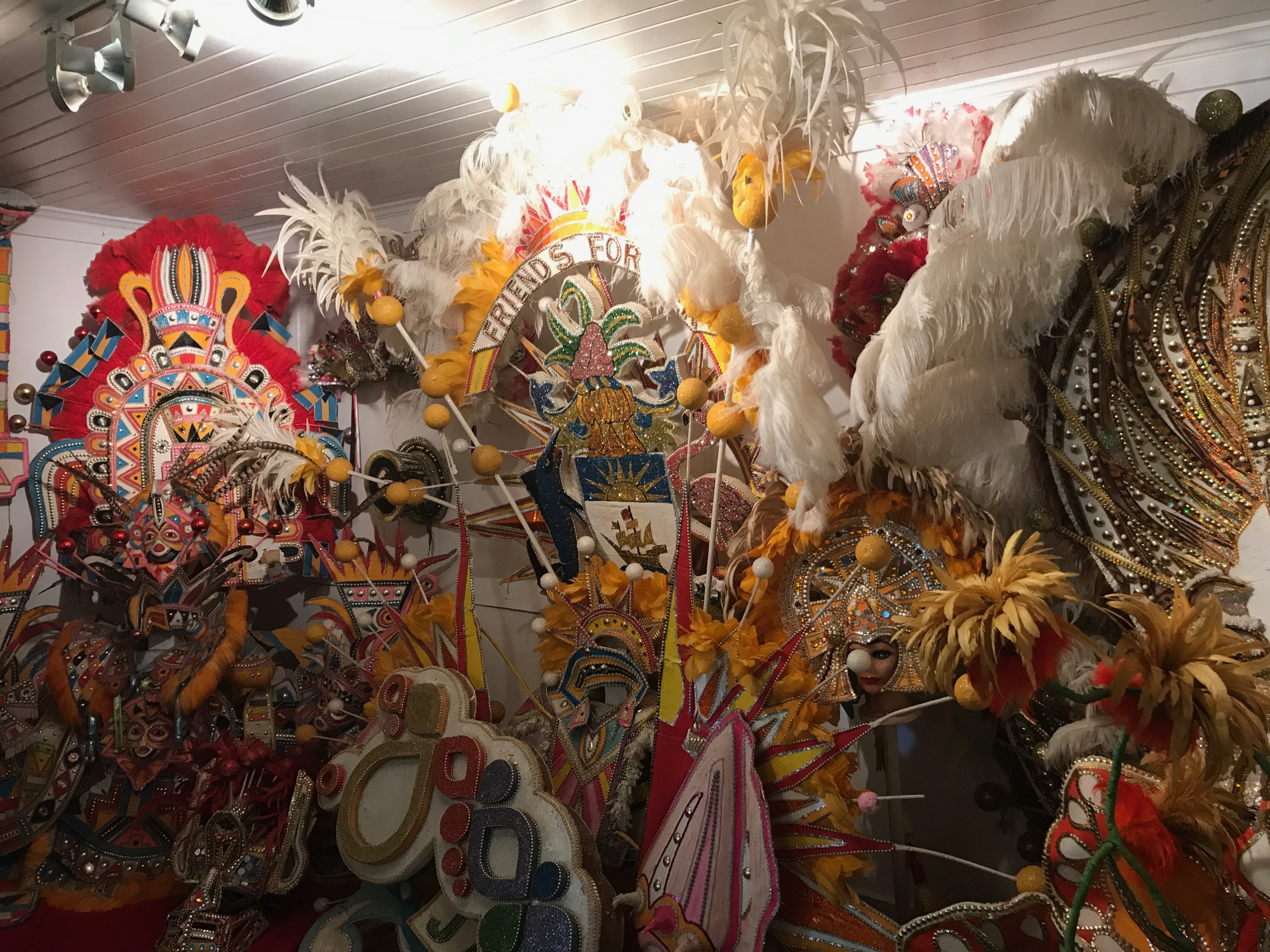 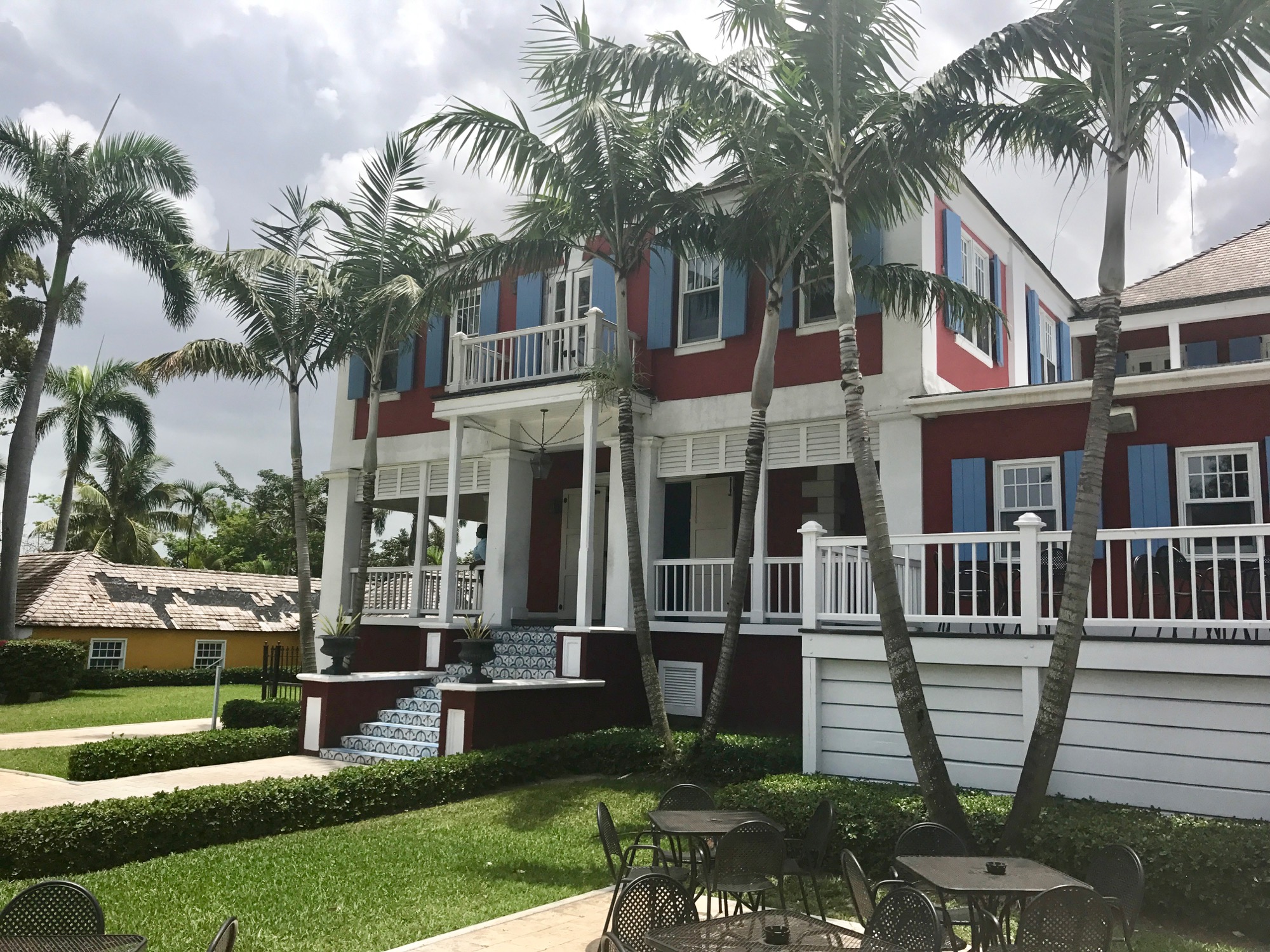 As soon as I got the chance to explore Downtown Nassau, I went for it. At the center of town is the British Colonial Hilton Nassau, the grand dame of Nassau resorts. The British Colonial is on the site of a hotel, called the Colonial, built by Henry Flagler in 1900, as a Bahamian outpost of his chain of Florida luxury hotels. Before Atlantis, this was the place to be. 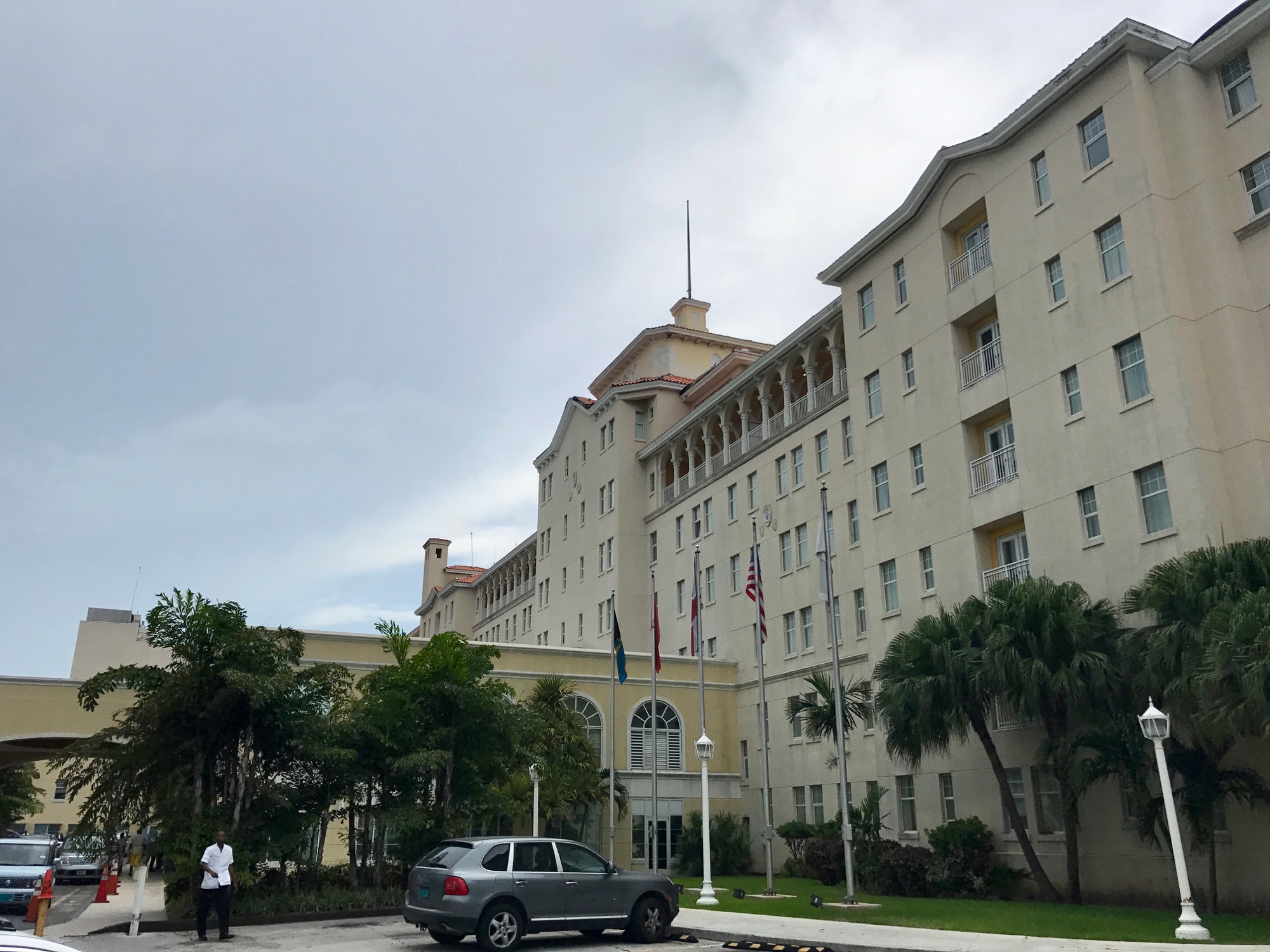 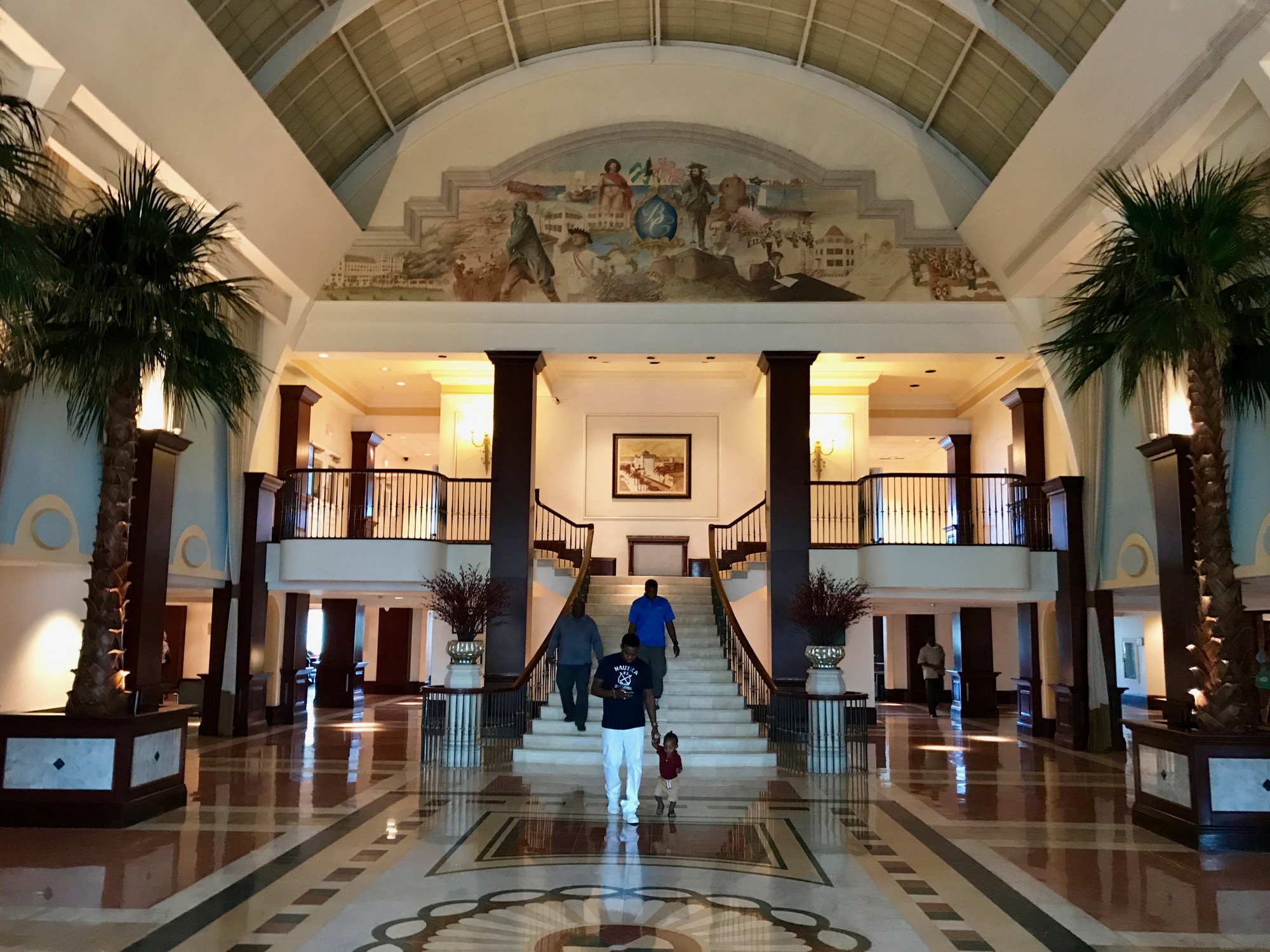 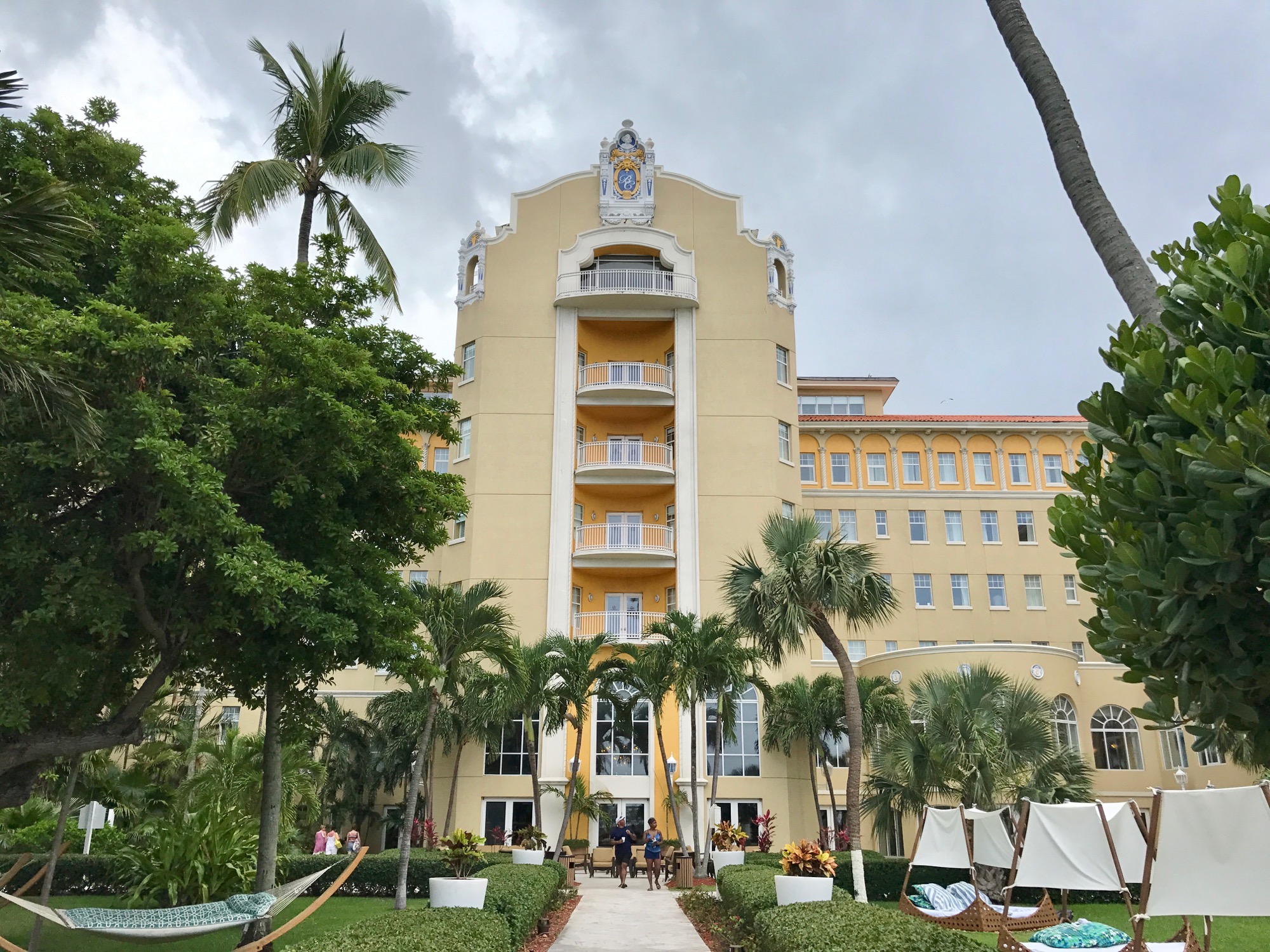 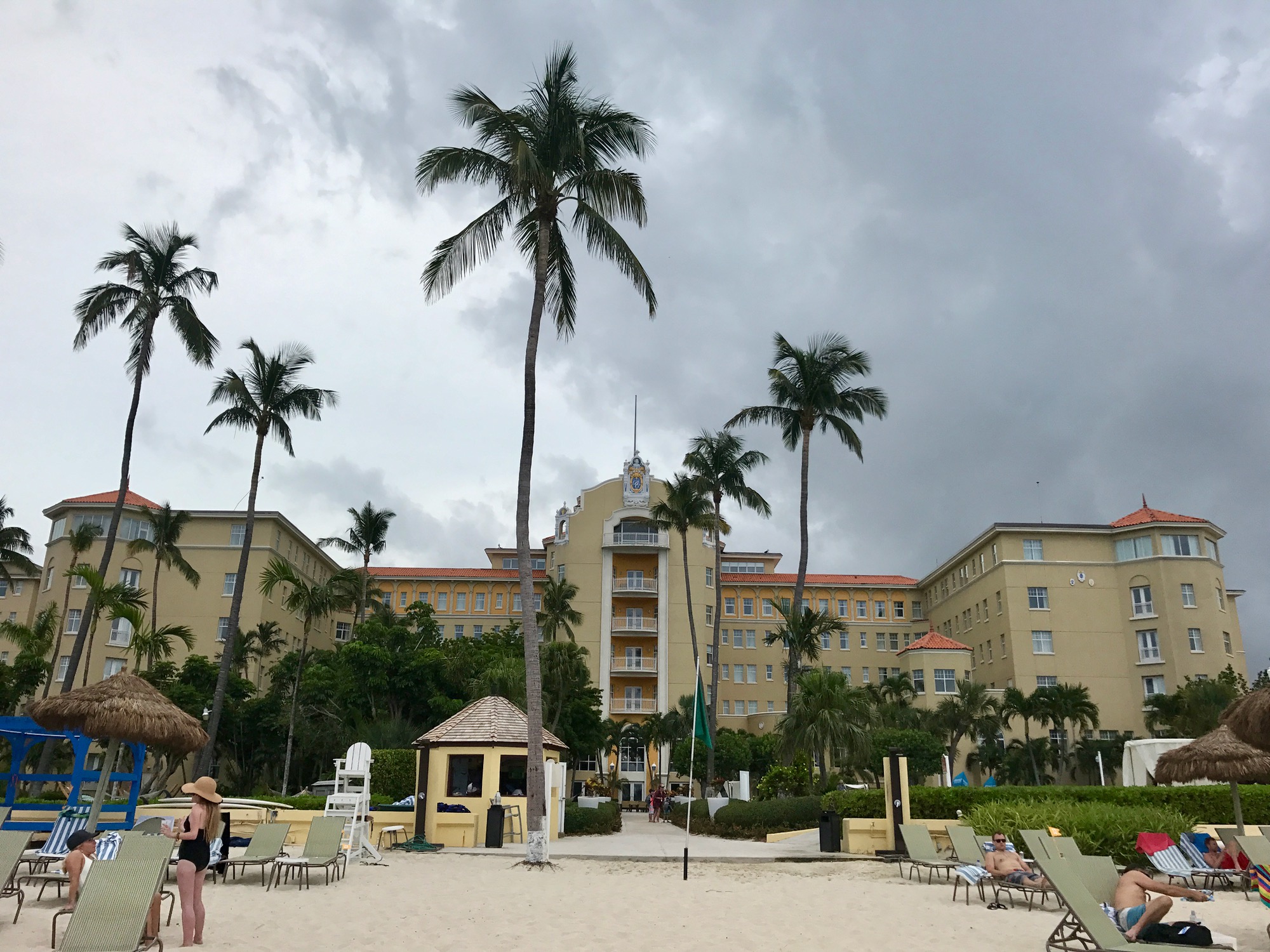 Old Nassau is full of little nooks and crannies, like the Straw Market, an interesting but rather touristy place where artisans carve giant fish out of chunks of driftwood. 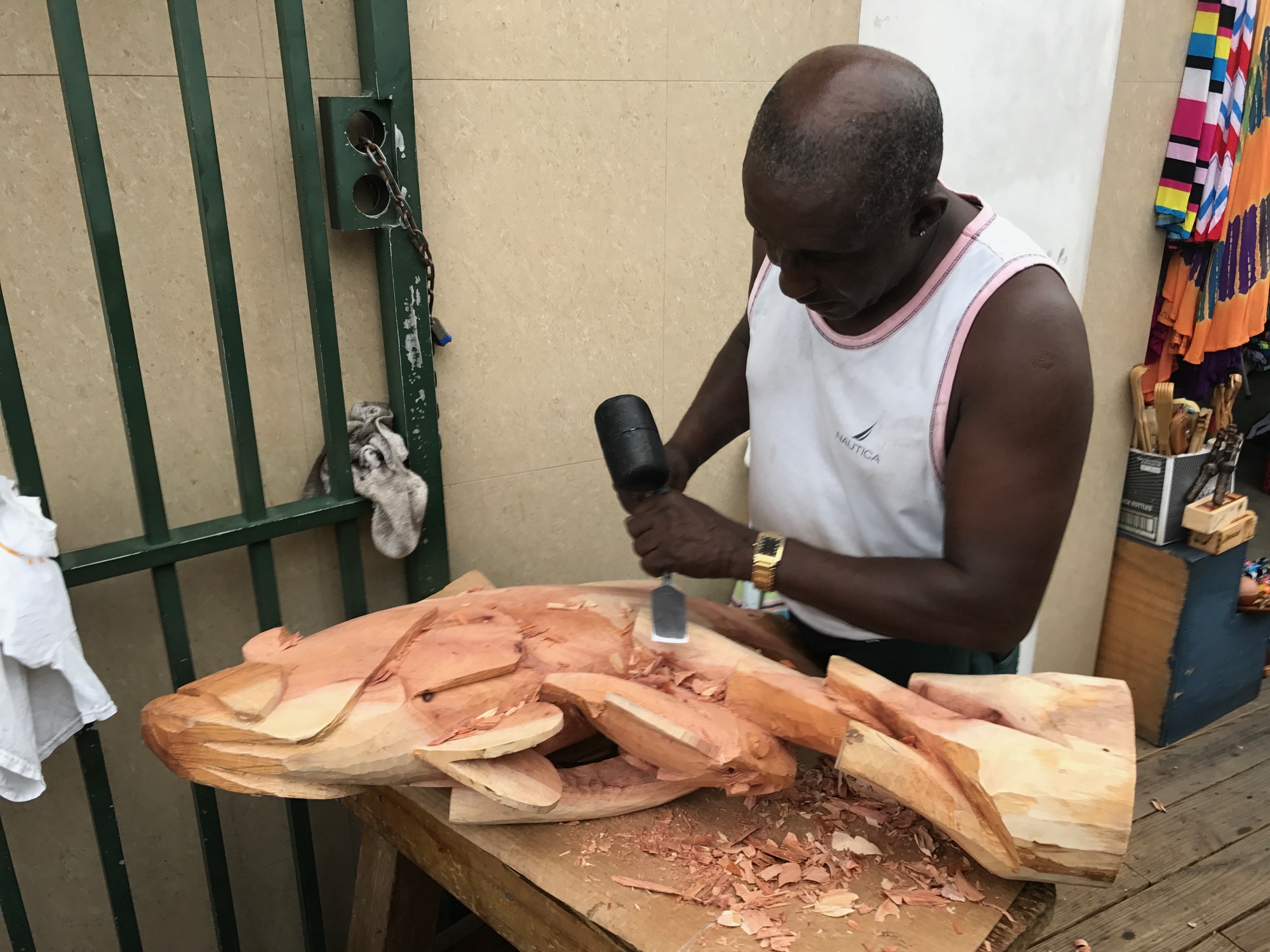 Near the cruise ship port, Queen Victoria watches over the capital of the Bahamas and her dominions. The arms of the British Empire still extend far. This is Parliament Square. 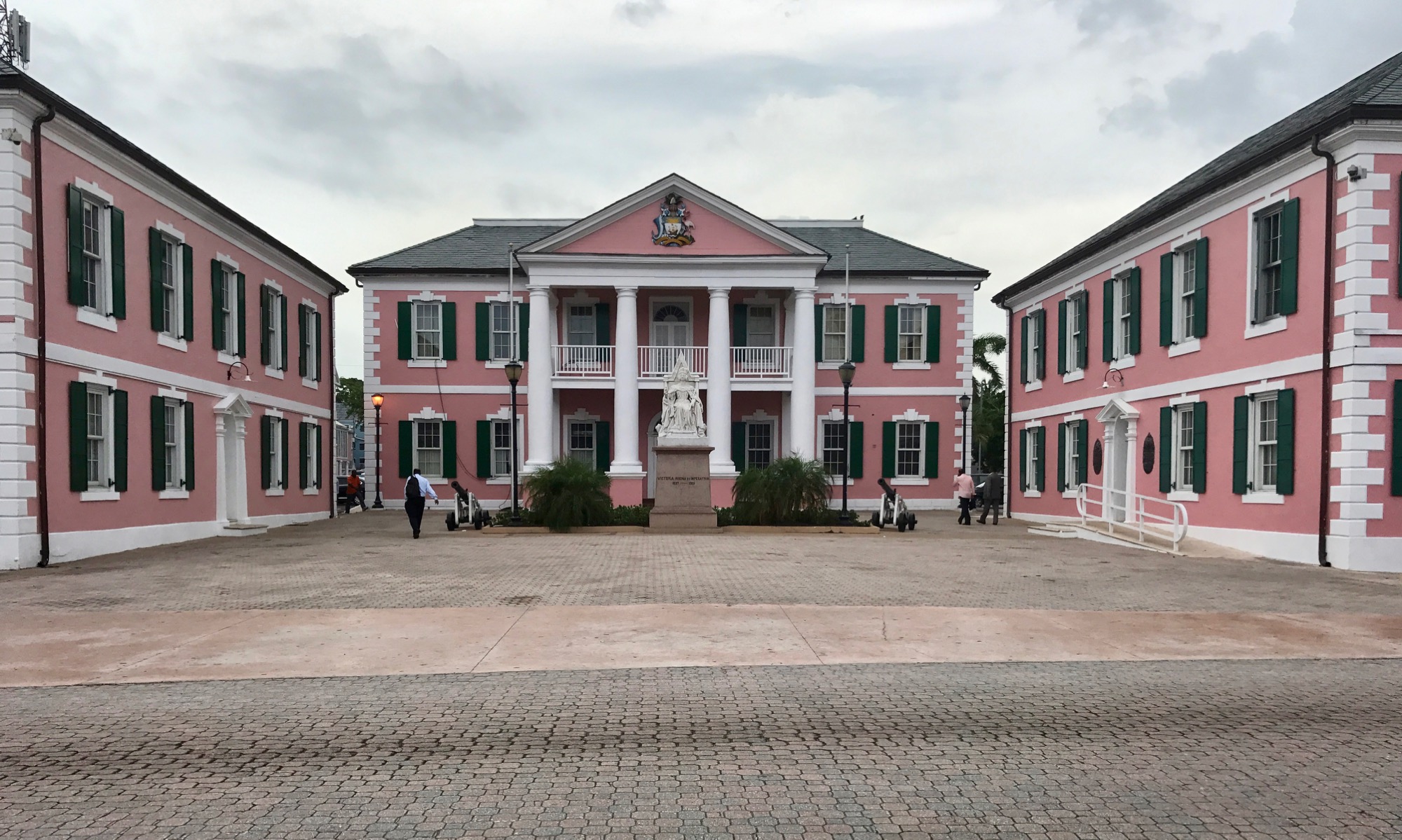 The Afternoon of May 26th: Atlantis

Later that day I got a chance to explore Atlantis some more, and sneak into the water park. 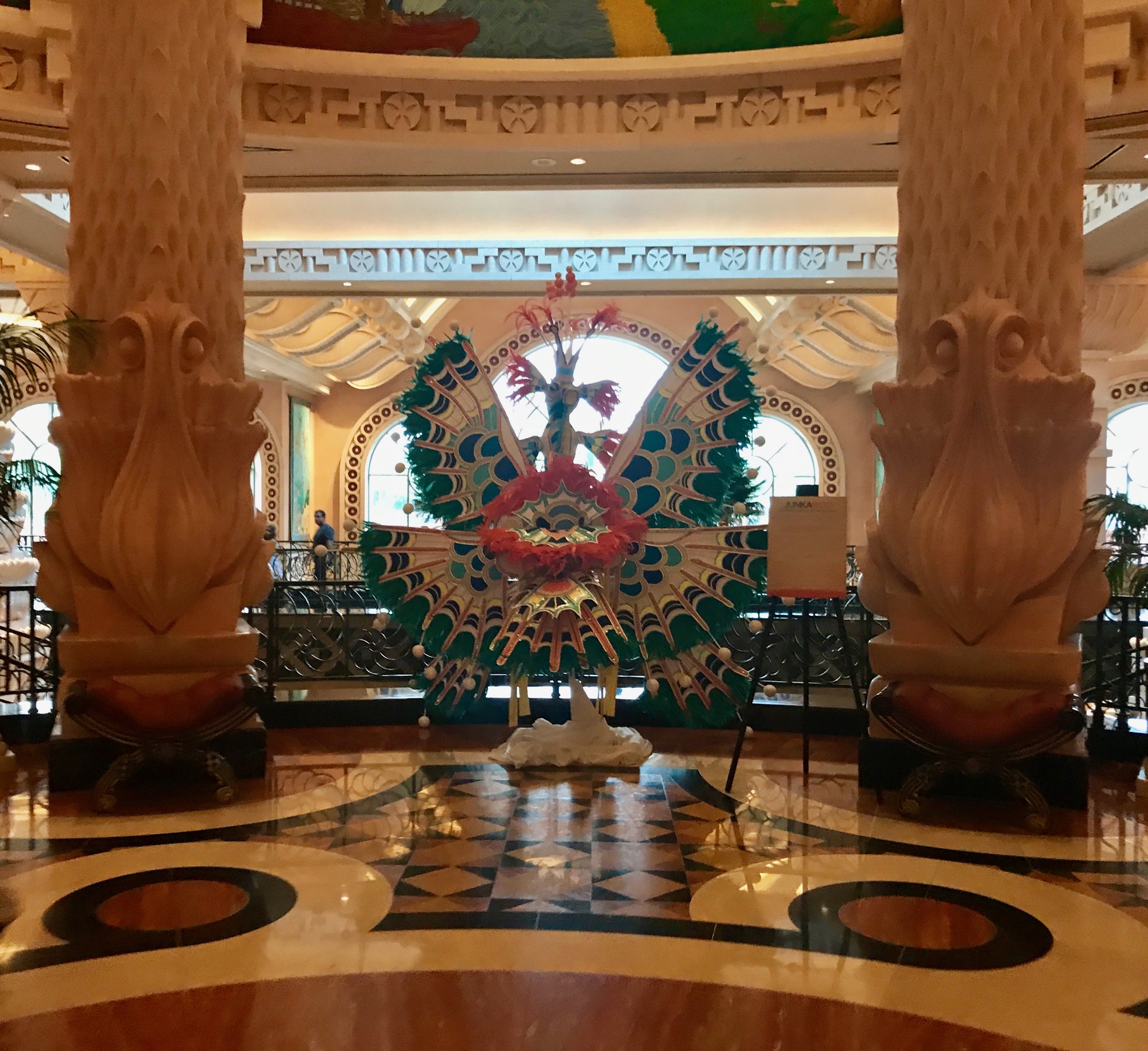 Atlantis is massive. The entire complex stretched on endlessly. 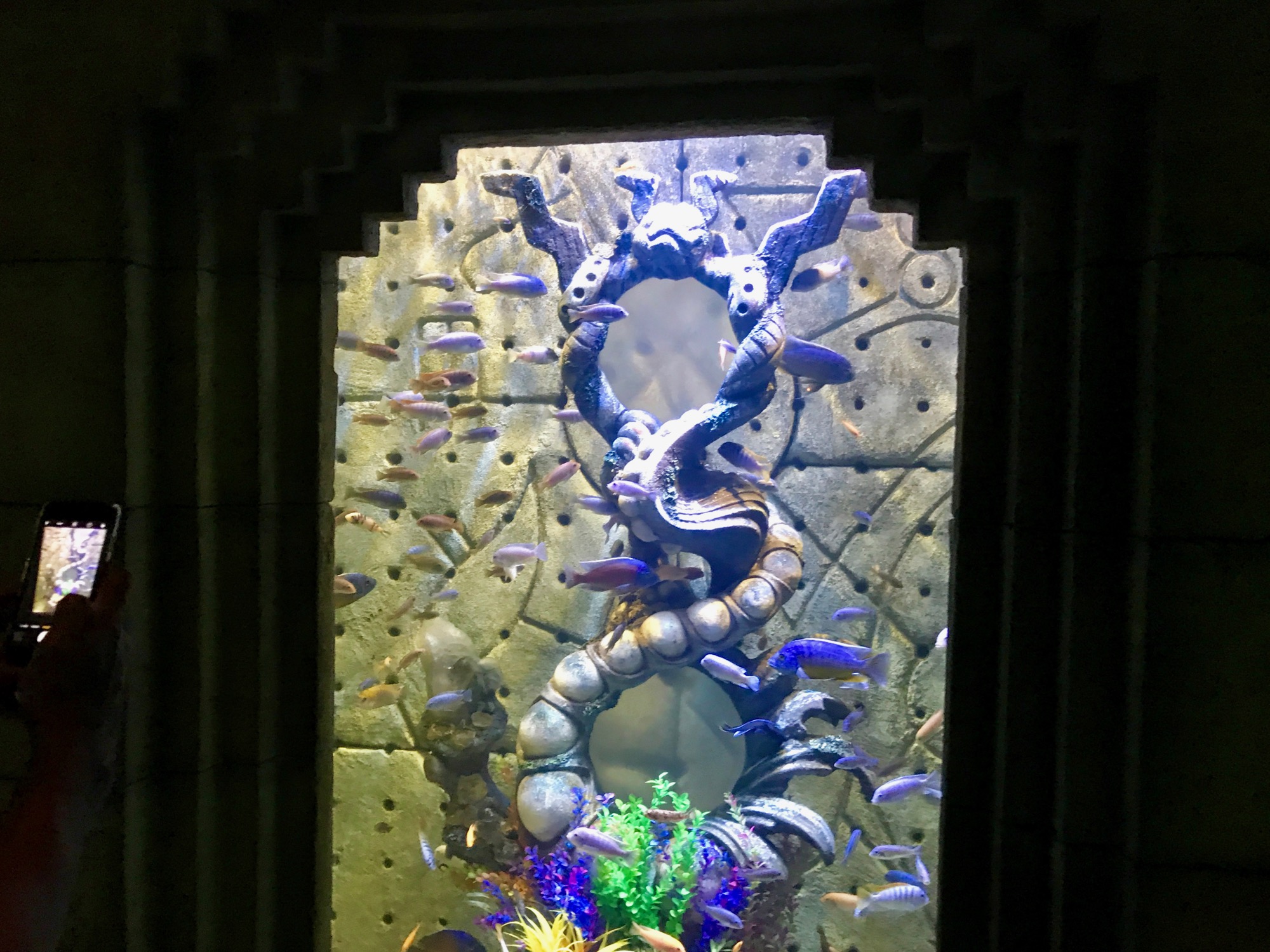 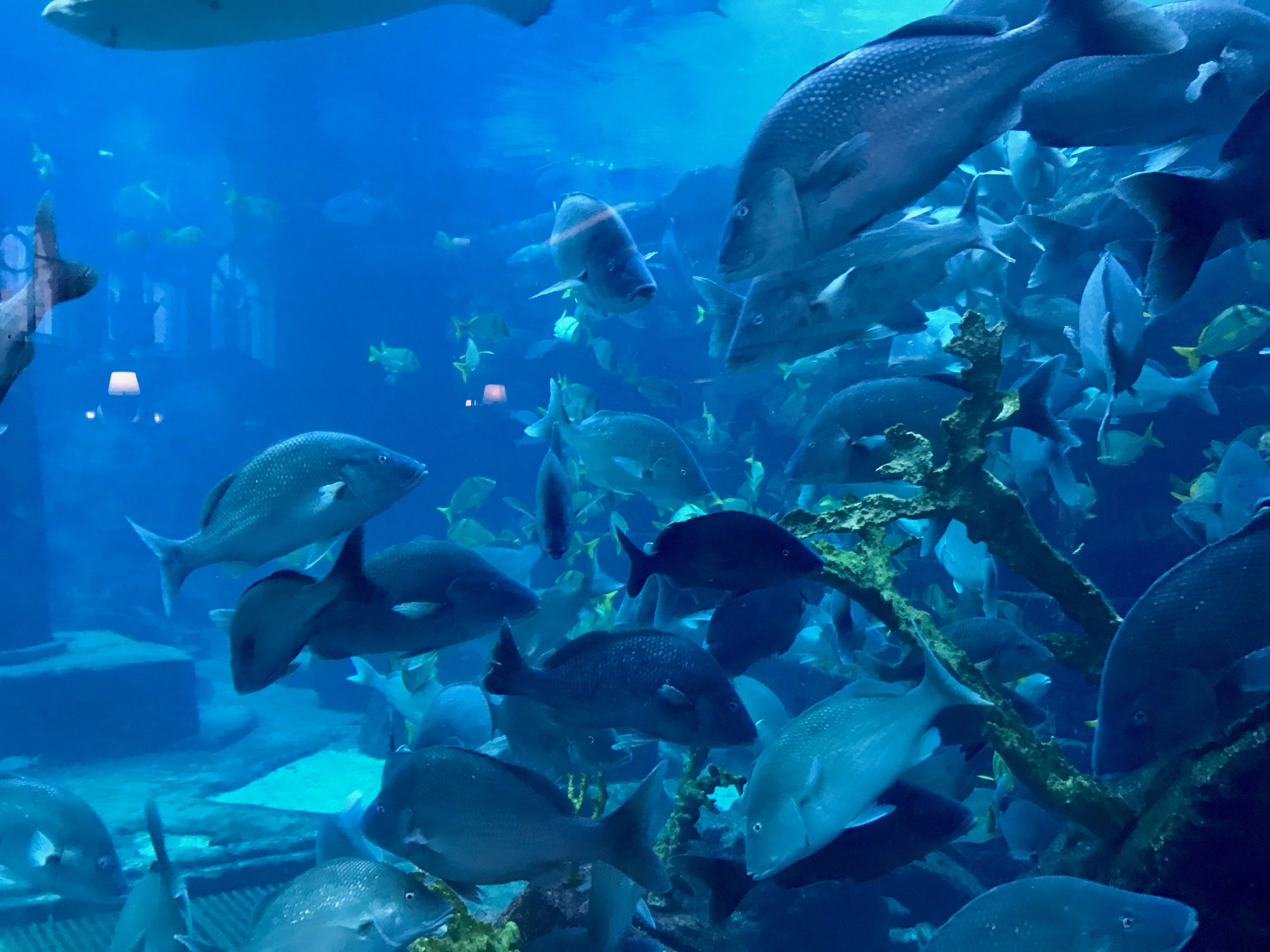 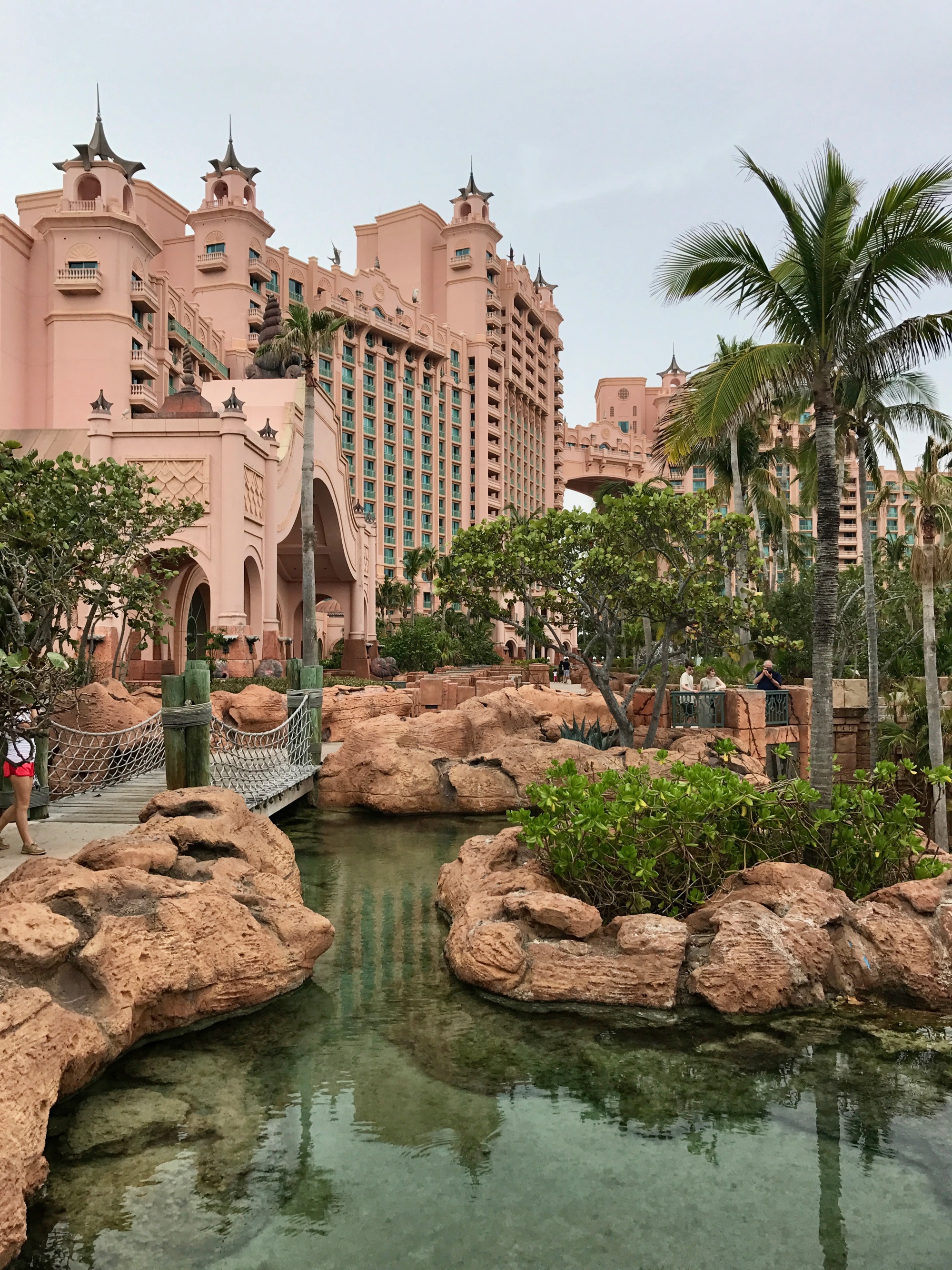 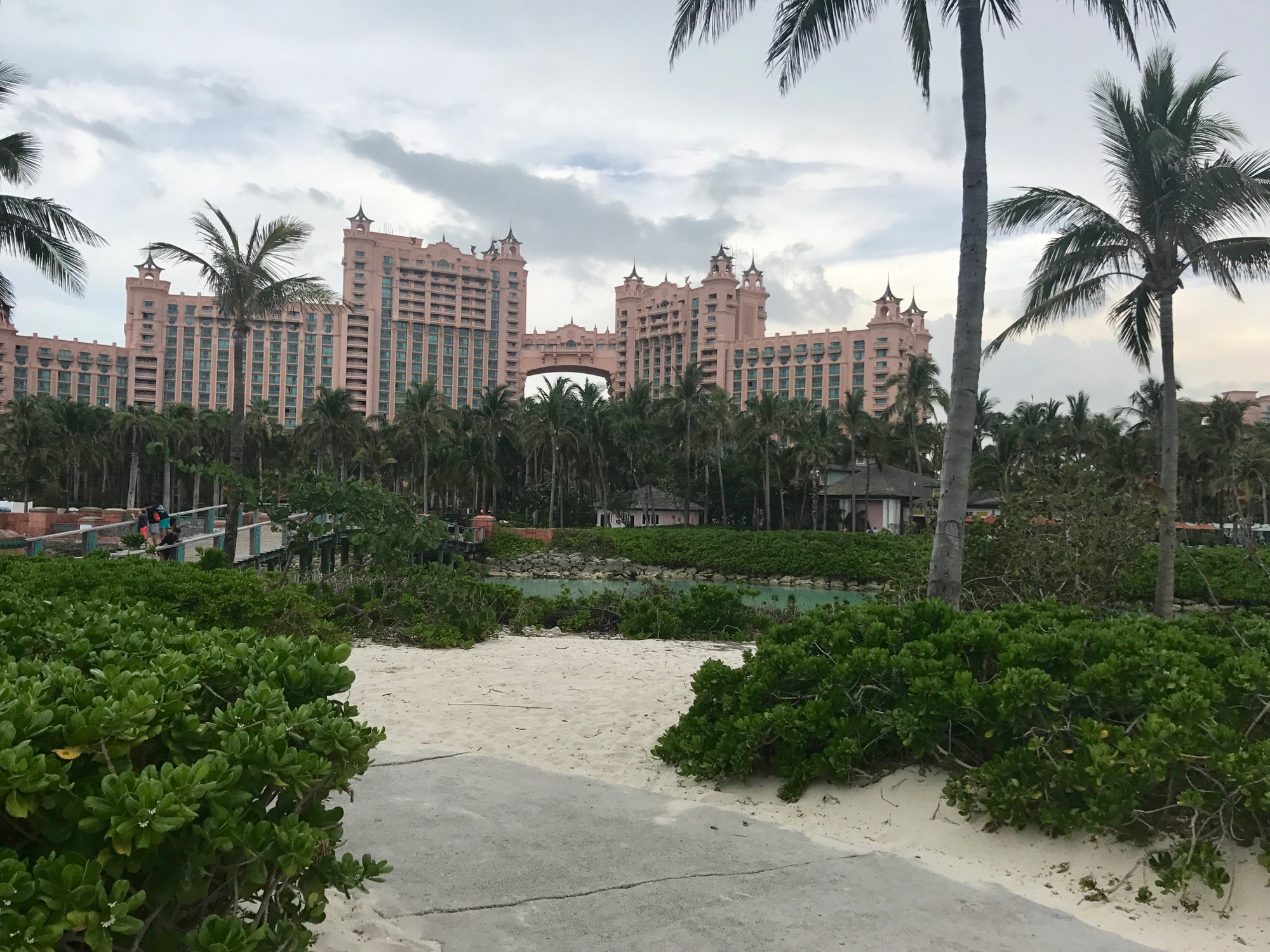 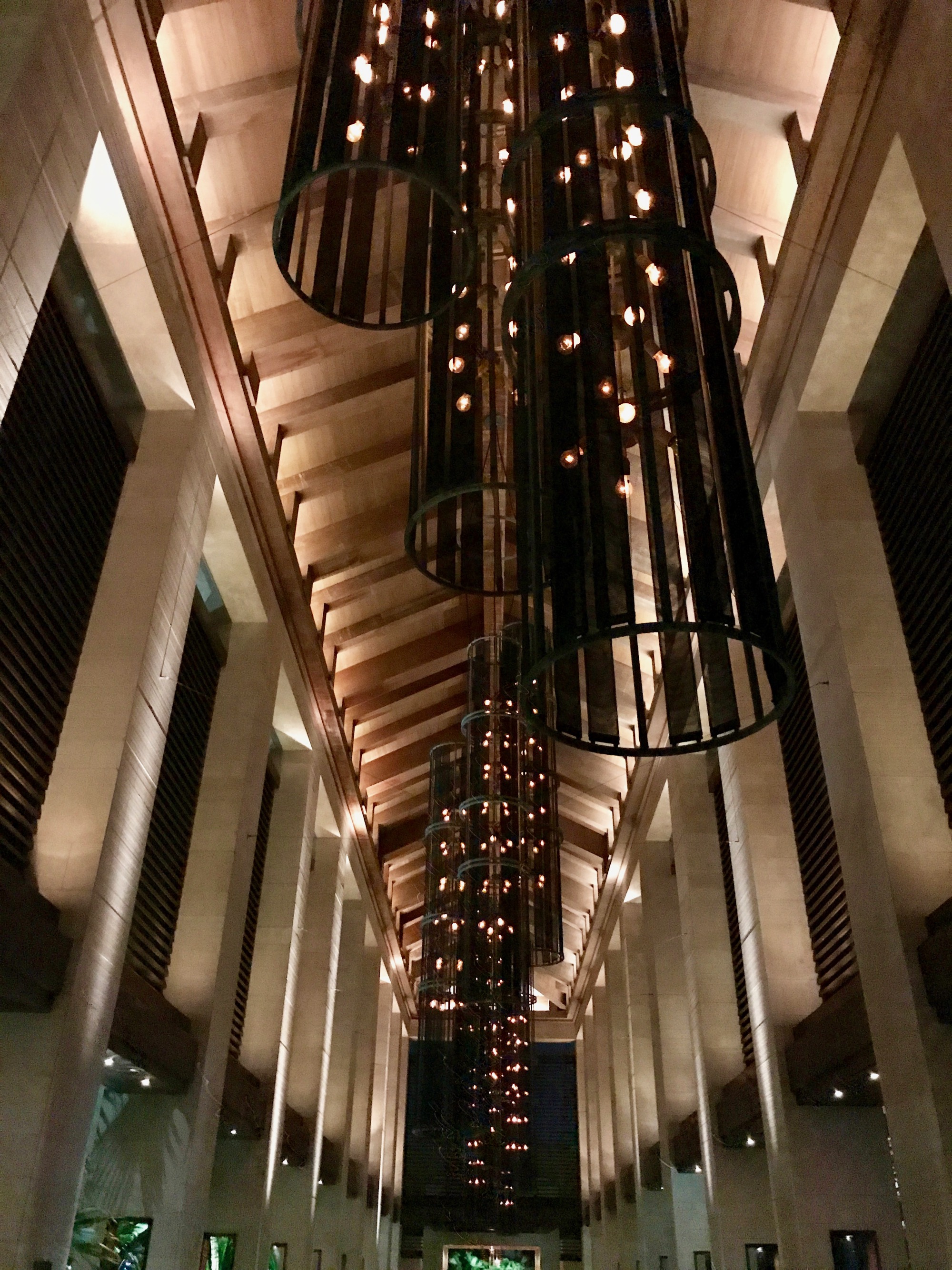 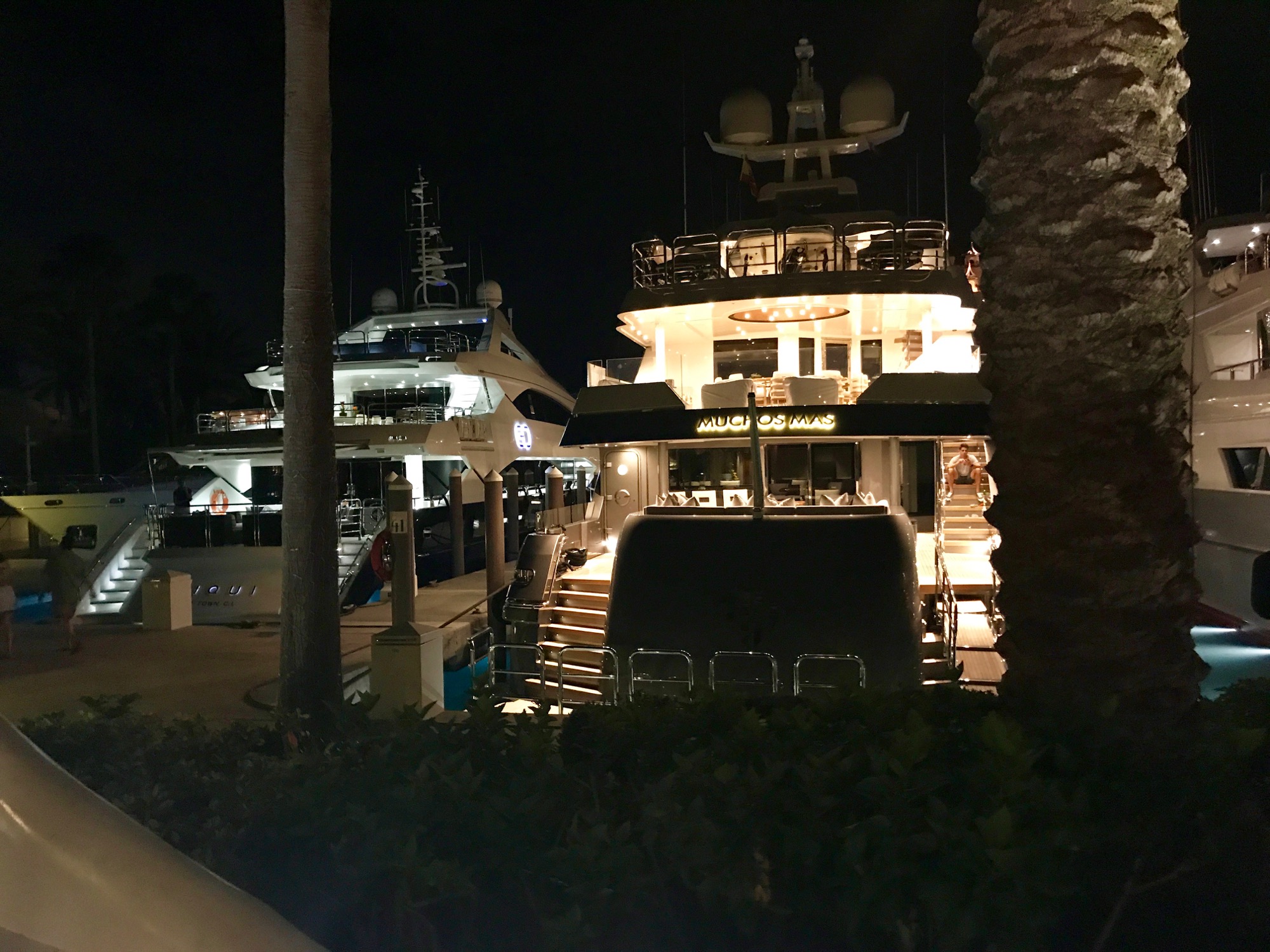 Evening of May 26th: Dinner with Dan Marino 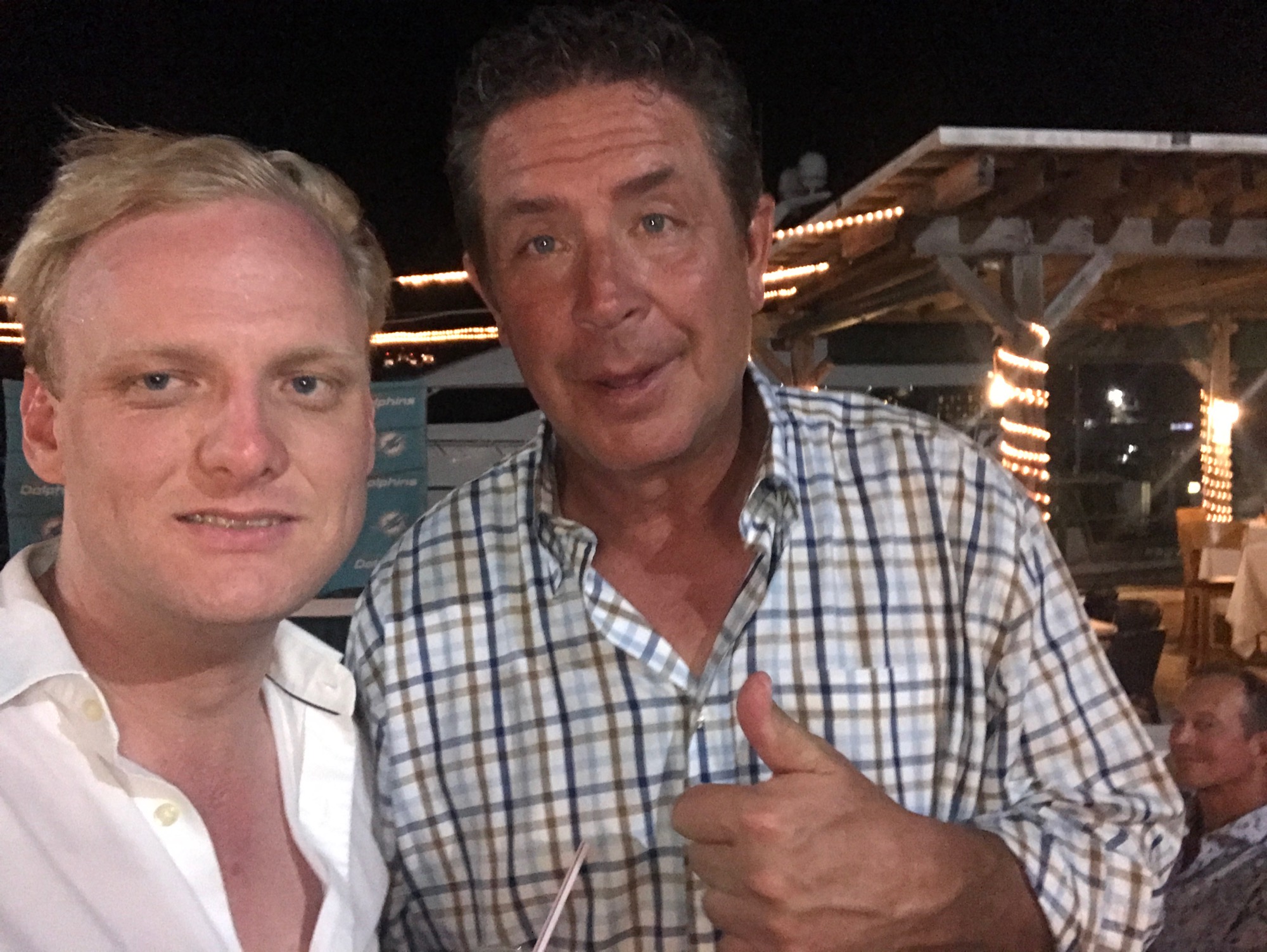 May 27th: Swimming & Playing With the Dolphins

The third day was interesting. It was all about dolphins, the team, and the mammals. First we were off to Thomas A. Robinson National Stadium, to watch Dolphins players like Marino play with local Bahamian children. 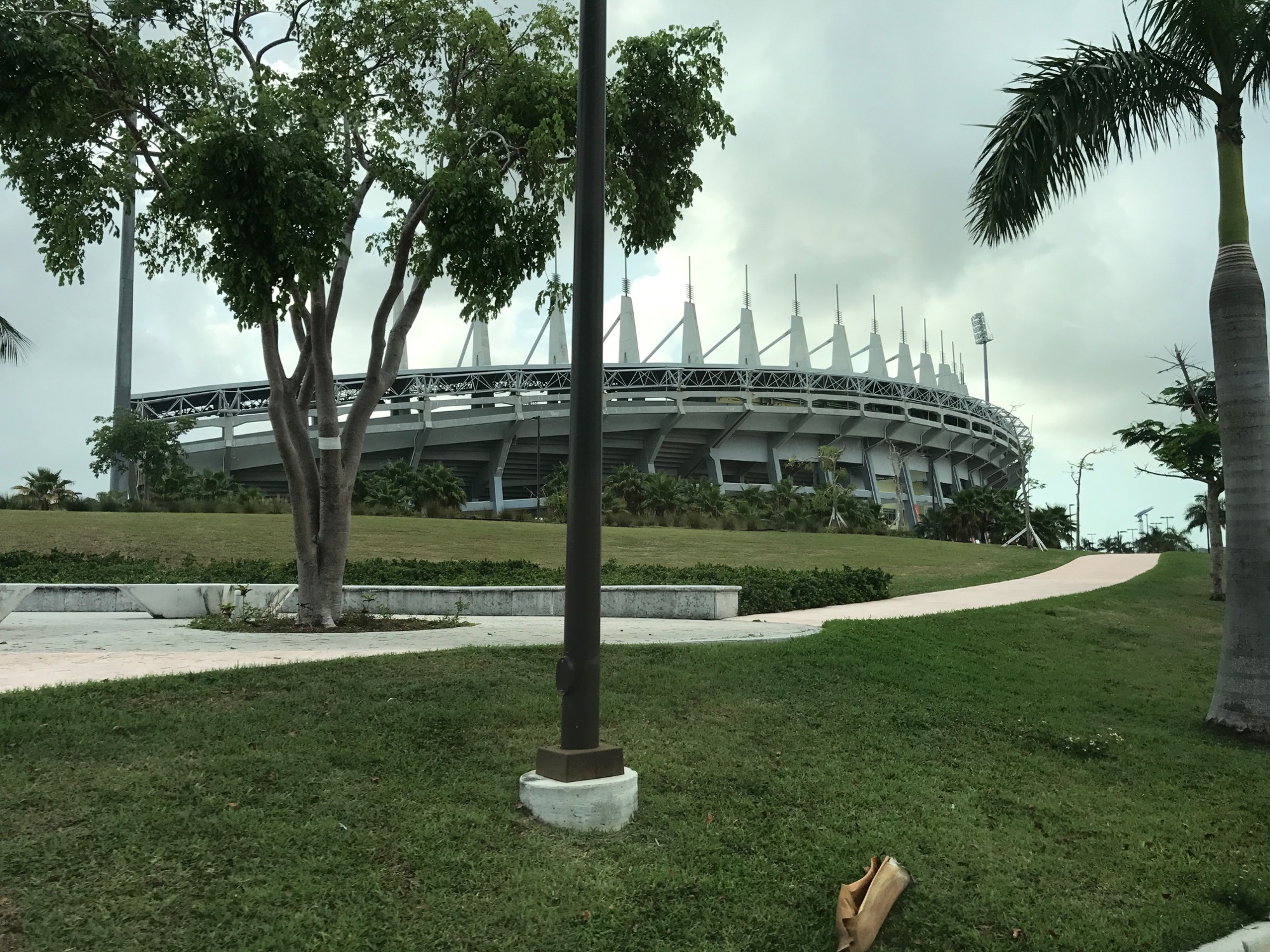 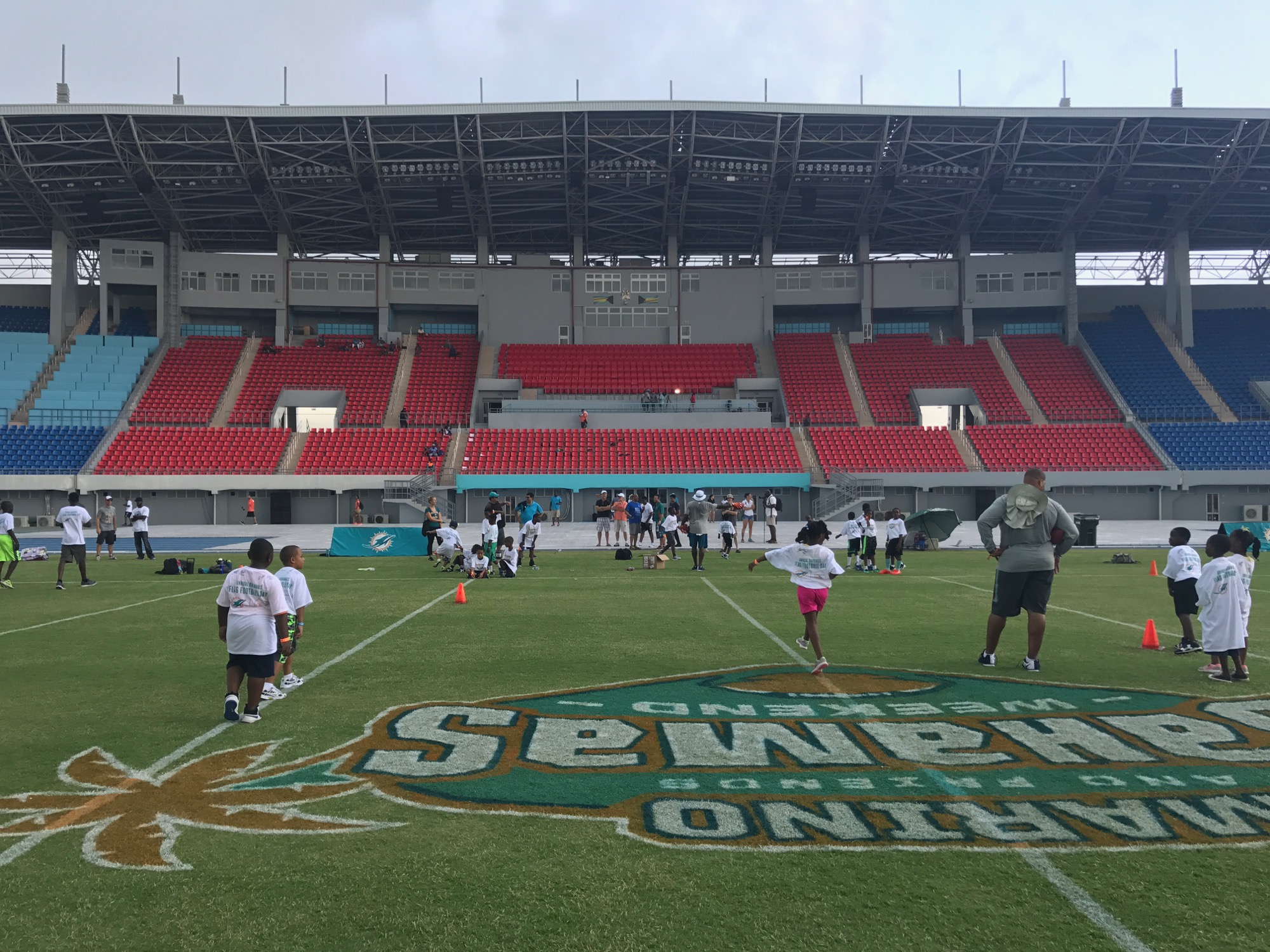 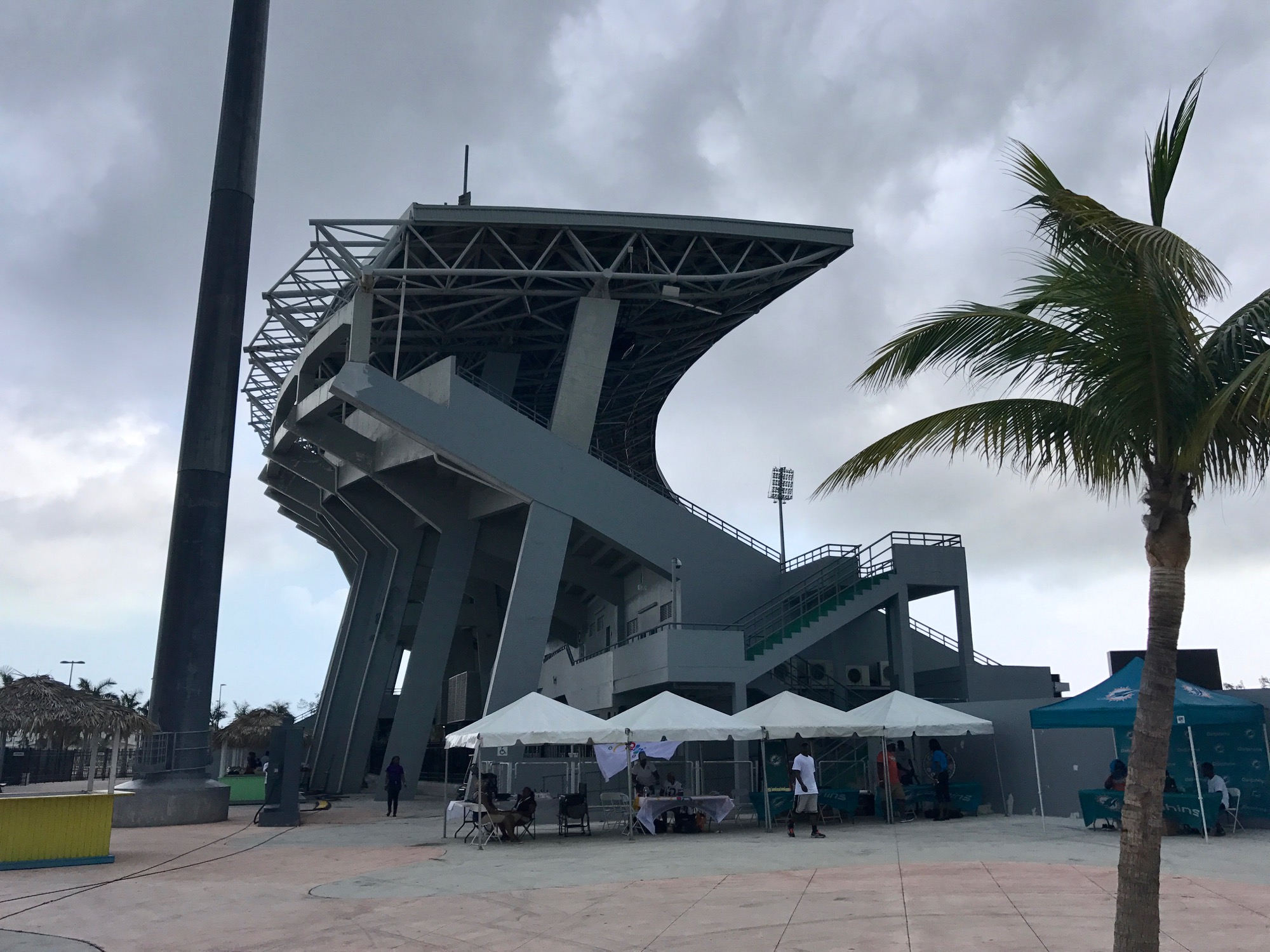 The Afternoon of May 27th: Swimming With the Dolphins

That afternoon, we got to swim with actual Dolphins, at the Bahamas Blue Lagoon island. It was really exciting. They told me they would take pictures and get them back to me but it never actually happened. 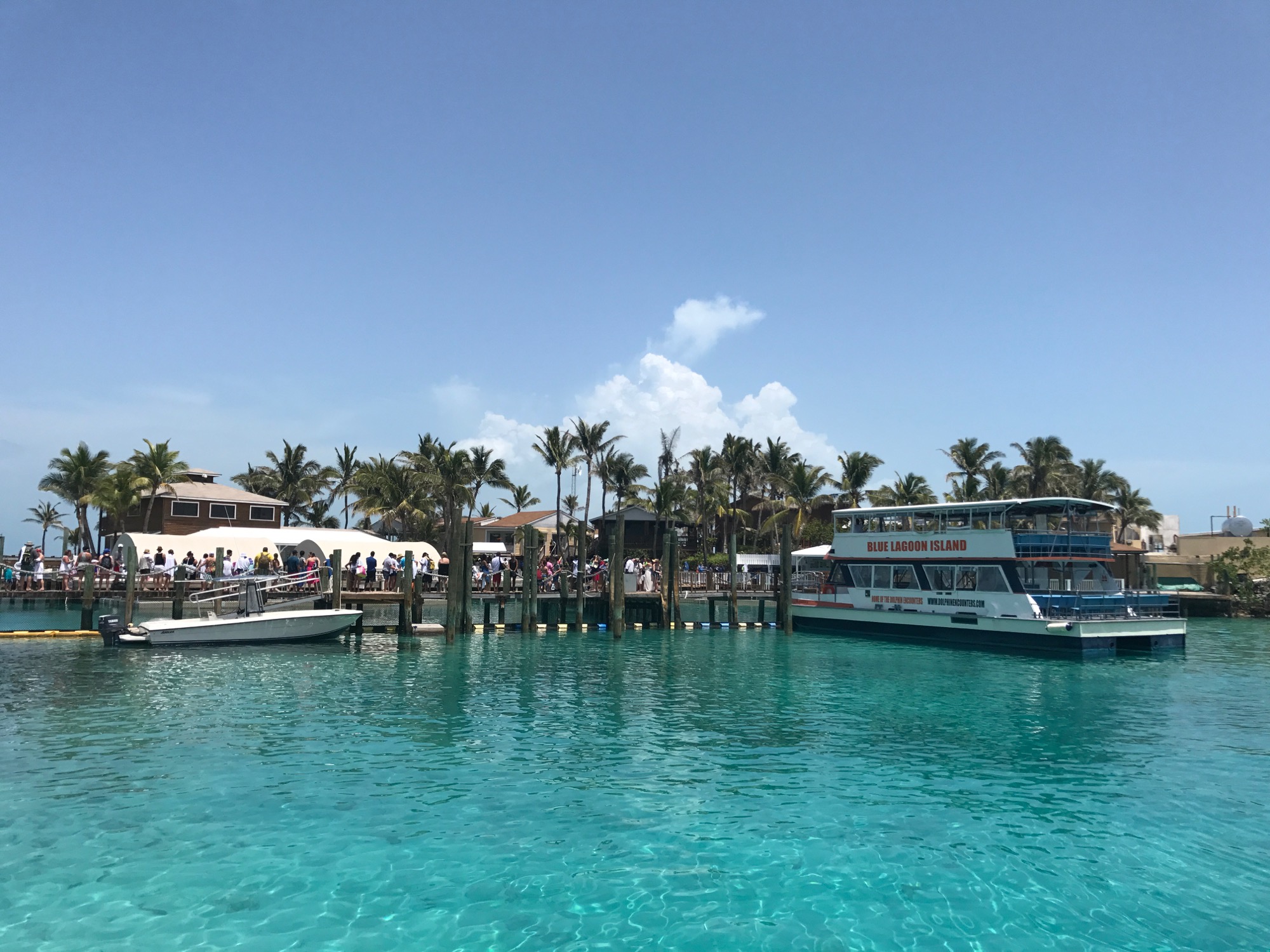 The Evening of May 27th: Junkanoo in Action

The grand finale to the entire event was a scrimmage game back at the stadium and watching some Junkanoo performers in action. Check ’em out. 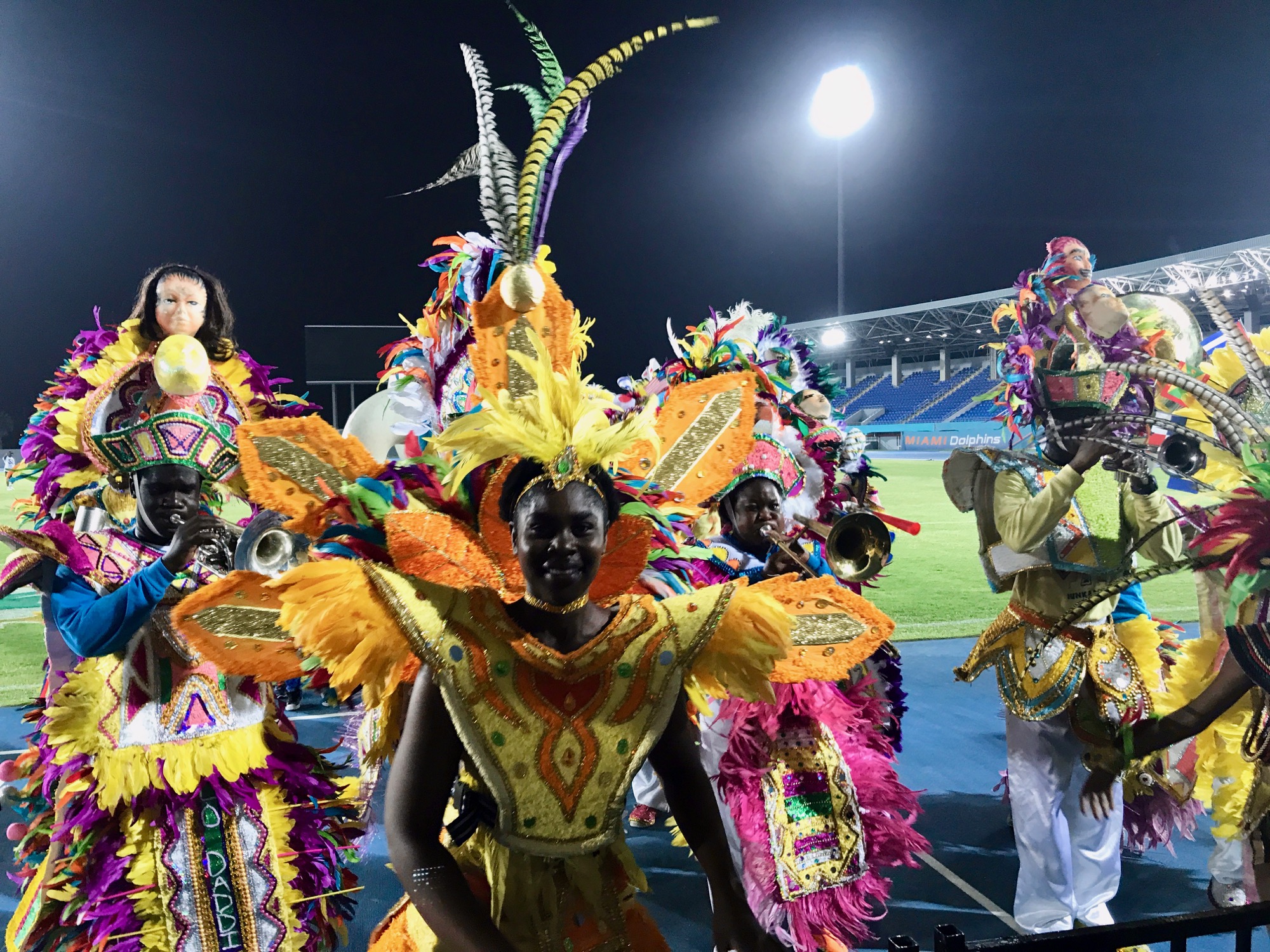 By the end of the trip, I was exhausted and ready to head home the next day.