Arquitectonica’s Iconic First Building, the Babylon, is Being Demolished Now 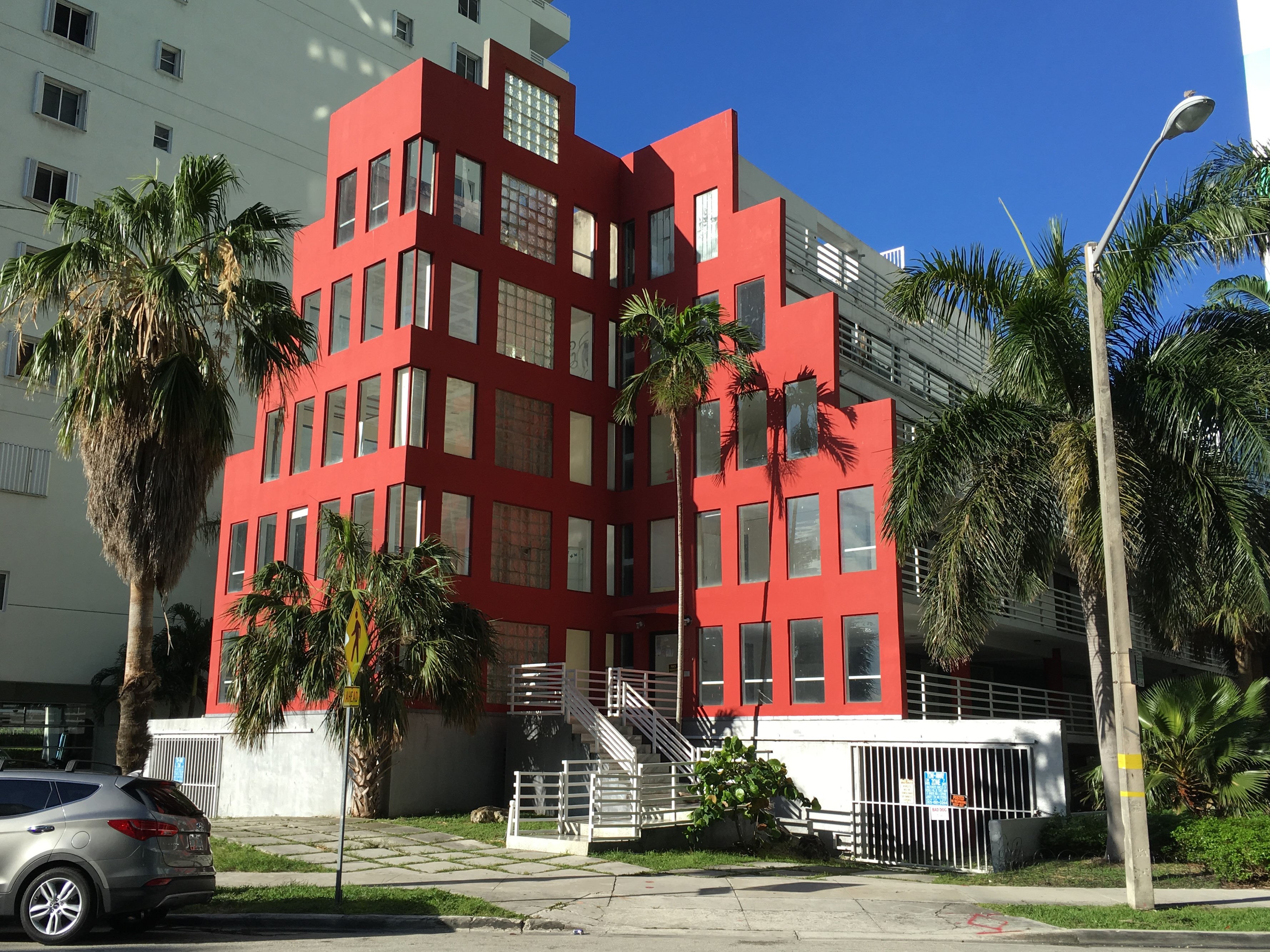 Spaghetti western star Francisco Martinez-Celeiro, also known as George Martin, has gotten his way. One of Miami-based firm Arquitectonica’s first buildings, the Babylon, built in 1982, is being demolished by Mr. Celeiro, its longtime owner. The Biscayne Times says demolition is expected to be completed by July, but just walk past it, and the Babylon, an icon of postmodernist architecture in Miami, is already a sad sight.

The building lost its fight for preservation more than a year ago, and Mr. Celeiro plans to replace it with a vertiginous, and quite narrow, tower.

As I wrote in the Architect’s Newspaper, with its bright red ziggurat form, the six-story structure is an icon of subtropical postmodernist architecture in Miami’s Brickell neighborhood and one of the signature buildings of the city’s 1980s Miami Vice era. The Babylon also earned Arquitectonica its first international award, a Progressive Architecture Citation Award, only a few years after the firm’s founding in 1977.

Arquitectonica designed the Babylon in 1979, the same time as the much larger Palace Condominium on the other end of Brickell Bay Drive (although the Babylon wasn’t built until 1982). “It was one of our first buildings, our first building that’s not a house, and it hasn’t been kept up that well over the years,” Arquitectonica principal Bernardo Fort-Brescia told a group of University of Miami students.

Although Arquitectonica has remained mostly mum on the issue of the building’s demolition, architect Andrés Duany, a former principal at Arquitectonica and founder of Duany Plater-Zyberk, was much more outspoken. “Arquitectonica is the most important firm in Miami, probably in the Caribbean, possibly in the southeastern United States, in the last 50 years—since Morris Lapidus,” Duany told the Miami Herald. “If they were to demolish this building, it would be an act of cultural barbarism. Completely beneath the artistic reputation that Miami thinks it has. And it would betray that we are nothing but a bunch of swamp-dwelling barbarians. Still.”

And now it’s a goner. Maybe Duany is right about Miami?

Feature image of the Babylon in better days, via Flickr/Phillip Pessar.