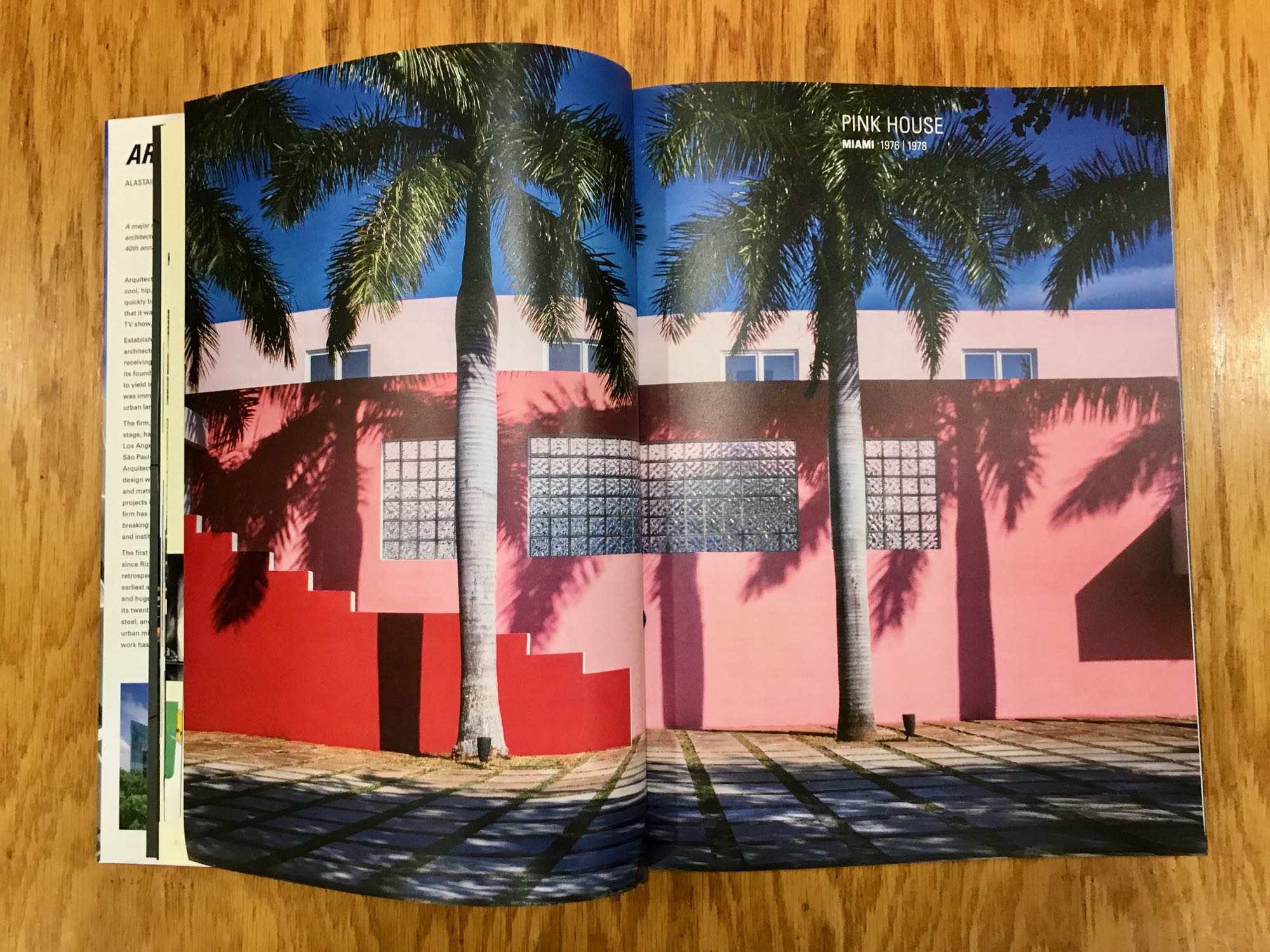 Recently many of Miami’s most notable architecture firms have released big, weighty monographs of their work. One of the weightiest is a book by Alastair Gordon about Arquitectonica, the international architecture firm that was founded in Miami in 1977 and is still headquartered in the city, released in conjunction with the firm’s 40th anniversary.

The book begins with a bang with some of Arquitectonica’s really iconic early Miami stuff like the Atlantis Condominium and the Pink House. However, taking a broad stroke, it covers highlights over the firm’s long history, and major projects around the world. The book is a sweeping survey of Arquitectonica’s work, attempting to both be selective and yet comprehensive in scope, a major undertaking for a firm with such a vast catalogue to select from.

Arquitectonica’s local work reads like a laundry list of some of the most significant and prominent residential, commercial, and public projects in Miami, like the Icon Brickell and Brickell City Centre mega-projects, the AmericanAirlines Arena, the South Miami Dade Cultural Arts Center, and condominium towers like Icon Bay.

Just a few of the firm’s works outside of Miami featured in the book include the Bronx Museum of the Arts, the Westin Times Square, the Banque de Luxembourg, Festival Walk in Hong Kong, and Microsoft’s European headquarters in Paris.

Of course, for every building that was included in the book, dozens in Arquitectonica’s vast oeuvre are omitted. The firm is known for their many condominium towers that dot the Miami skyline, some more unique than others, and the vast majority of those didn’t make the cut. And the book ends with a sizable review of some of the firm’s more significant upcoming work, including the Miami Beach Convention Center (a project which they already did once, years ago) and the Paraiso Bay megaproject.

Arquitectonica may be a global firm but their Miami roots remain strong. Helmed by principals Bernardo Fort-Brescia and Laurinda Spear, and assisted by many collaborators over the years, Arquitectonica’s fun, colorful postmodernism was instantly connected with Miami’s budding urban renaissance from the moment they were founded. In a lot of ways, Arquitectonica and its style has evolved like Miami. From fun and funky in the ’70s and ’80s to glassy and modern but with a very recognizably subtropical flair today, and an international reach, both Arquitectonica and Miami have changed tremendously.

As Ian Volner says in an introduction to the book, “Arquitectonica’s deeply-bred cosmopolitanism… has helped, in just the last decade, to yield an architecture of such extraordinary depth and diversity that it can no longer be subject to any reductive, regionalist interpretation. Their architecture today doesn’t even look much like their own past, much less that of Miami’s; it is meant, rather, to look like the architecture of a future city, one staking its claim to global status. Which, presumably, is just the kind of architecture you would expect a truly vibrant, twenty-first-century city to product.”