Jacksonville is Getting A Giant “Jax” Sign on the St. Johns Riverfront 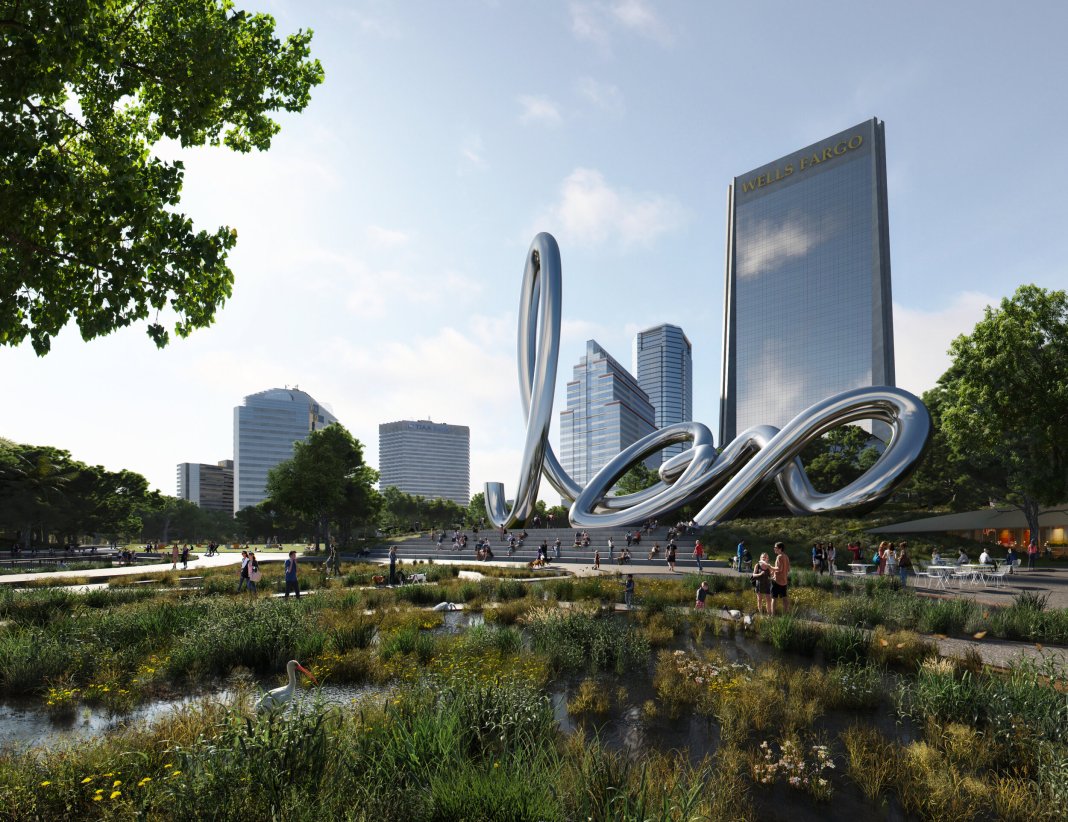 How many cities have giant icons of their names, spelled out in huge, towering letters? The one that pops instantly to mind is the Hollywood Sign, above the neighborhood of Hollywood in Los Angeles, which is close enough, and, well, that’s it really. Now, Jacksonville, up in the northeastern corner of Florida, is getting a giant name tag too.

Located in downtown Jacksonville’s Riverfront Plaza, it will be a huge tubular thing 151 feet high, made of structural stainless steel, that twists and wiggles against the skyline to spell out the city’s snappy abbreviation, “Jax.” More. of a sculpture than a sign, per se, it will either have a brushed metal finish, or a more expensive but vastly more eye catching high gloss mirror polish akin to the famous Cloud Gate in Chicago, also known as the big shinny bean.

The big Jax was cooked up by Jefrë, an Orlando-based artist who creates city icons for a living, and spells his name with an umlaut. It’s being placed in a park designed by Perkins & Will, the gigantic architecture firm that heads the team which submitted the winning proposal for the site, which they call One Park Jax. The City of Jacksonville officially picked the team and their proposal in late July.

The theme seems to be about Jacksonville rising from the St. Johns River, or something. The ‘J’ of the Jax alludes to an anchor, suggesting the city was historically the “anchor” of Florida, according to the artist. The sculpture creates various room-like areas below it, and there’s a waterfall descending from one of the sections. As if some giant Floridian scrawled it out in a loose cursive script, in 3D, it looks very different from different angles. The park, which is designed to connect it with the city and frame it against the skyline, will also have a central lawn, a “living shoreline” that incorporates greenery and is altered by the river level, a beer garden, and a really fabulous “destination” playground.

It’s the kind of thing people could really love or really hate, and is already inspiring purposely misspelled tattoos, apparently. Although it technically says ‘Jax,’ a lot of people have looked at it and seen a variety of other words, from “lex,” “lox,” and “love,” to… well… “lerp.” And the “lerp” spelling is what landed on one Floridian man’s thigh, in tattoo form. He’s embracing the whole “Florida Man” aspect of it all.

For more details, check out the slideshow and full presentation video, below.