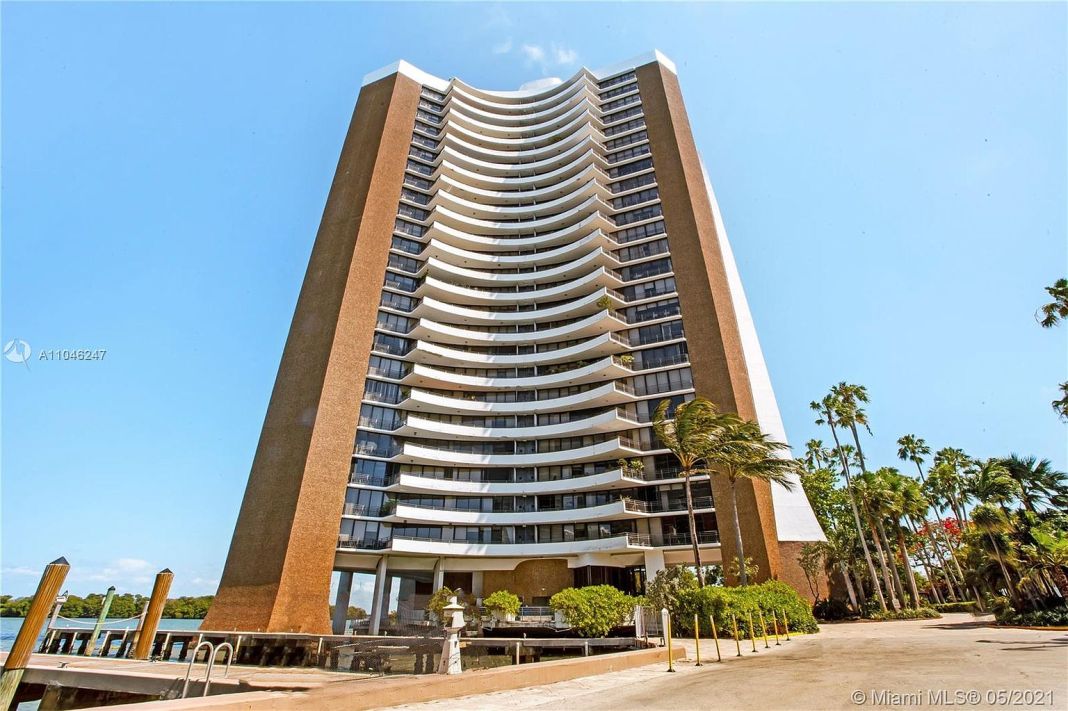 The legendary Palm Bay Club had its glorious halcyon days in the 1960s, and ’70s, when it was the epitome of glamour for the jet-set cafe society glitterati of its day. Not only did residents have to be rich, but they had to be a lot of fun, according to its creator Connie Dinkler.

Mrs. Dinkler herself lived in the penthouse atop the club’s groovy three-sided tower, which is now on the market. The almost 6,000 square foot residence, or at least part of it (conflicting reports say the real size of her penthouse may have originally been two stories), is now on the market for $2.2 million, and is, as the listing description says, “prime for dramatic renovation.” However, the views, as it is now, are exceptional.

Also check out other Palm Bay Club coverage on the Big Bubble.