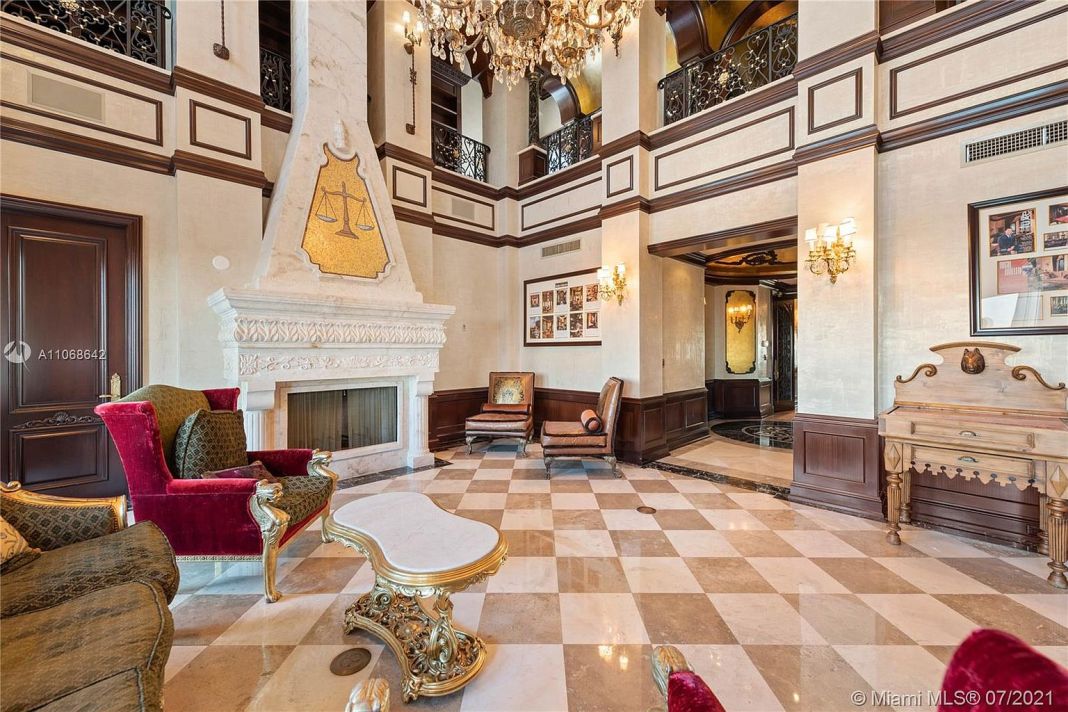 Ever dreamed of living in the lavish Everglades Suite in the tower of the Biltmore Hotel in Coral Gables? Well, that might not happen, but here’s your chance to buy a penthouse that was obviously inspired by that legendary perch at the top of the Biltmore, and it’s also in Coral Gables. Located at the top of the Segovia Tower, this eight bedroom, twelve bath, 8,000 square foot spread was built in the mid-90s, instead of the 1920s-era Biltmore, but it comes with all the wingdings of a lavish ’90s penthouse in the sky, including a double-height living room just like the Everglades Suite, and all sorts of other interesting spaces.

It’s listed for $5.9 million, which significantly is less than it was being pitched at a whole five years ago. Oh, and it’s a million less than when the Big Bubble checked it out in 2018. Considering how how the real estate market is these days, well, perhaps it was significantly overpriced back then, but the direction it’s traveling in is a bit odd. Check out photos below.