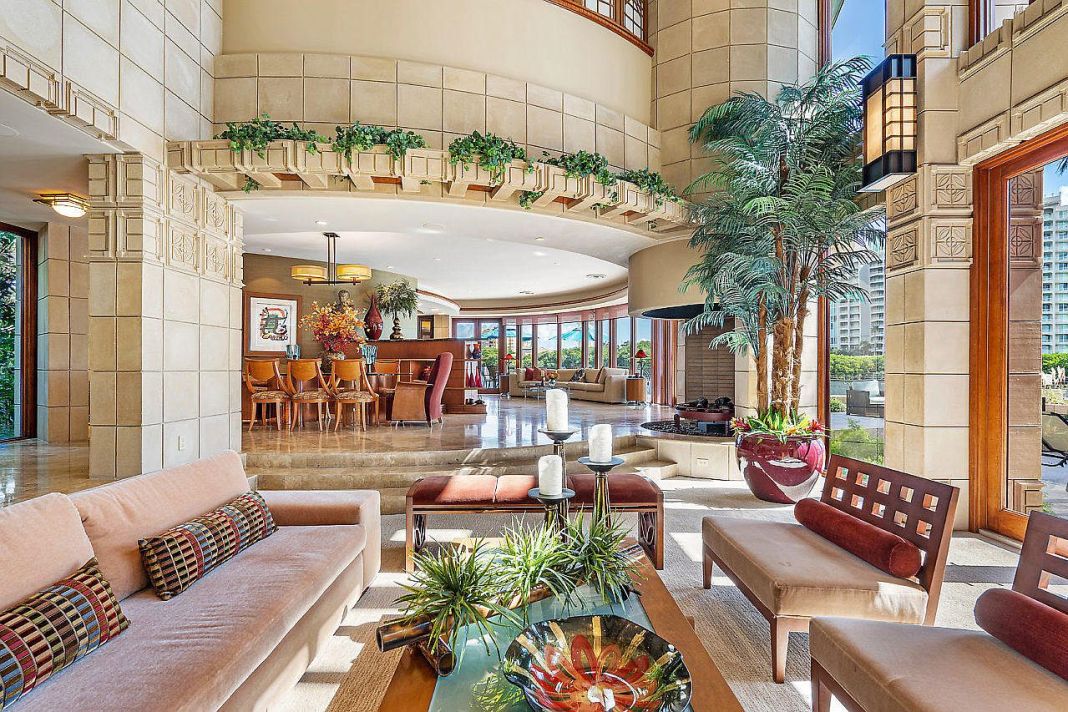 Designed by its owners, husband-and-wife architectural team Derek and Lisa Vander Ploeg, this 4,800 square foot Boca Raton house was inspired by the organic architecture of Frank Lloyd Wright. Although they skipped some of the more ornery aspects of Frank Lloyd Wright’s designs, like how he had a habit of custom-designing everything from the building, to the furniture inside it, and even sometimes the silverware, the house still oozes with Wrightian details.

Located at 898 Berkeley Street, the latest asking price is $4.5 million. According to Zillow, which combines public records, MLS data, and reports from brokerages, the current owners, which would be the Ploegs, have had quite the saga getting it off their hands. They tried, unsuccessfully, to sell it in 2013/2014, took it off the market for about three or so years, and shoved it back out there in 2018. It’s been flip-flopping on and off the market, and gone through at least three real estate brokerages since then. It got its current ask back in May, with a $150,000 price cut.