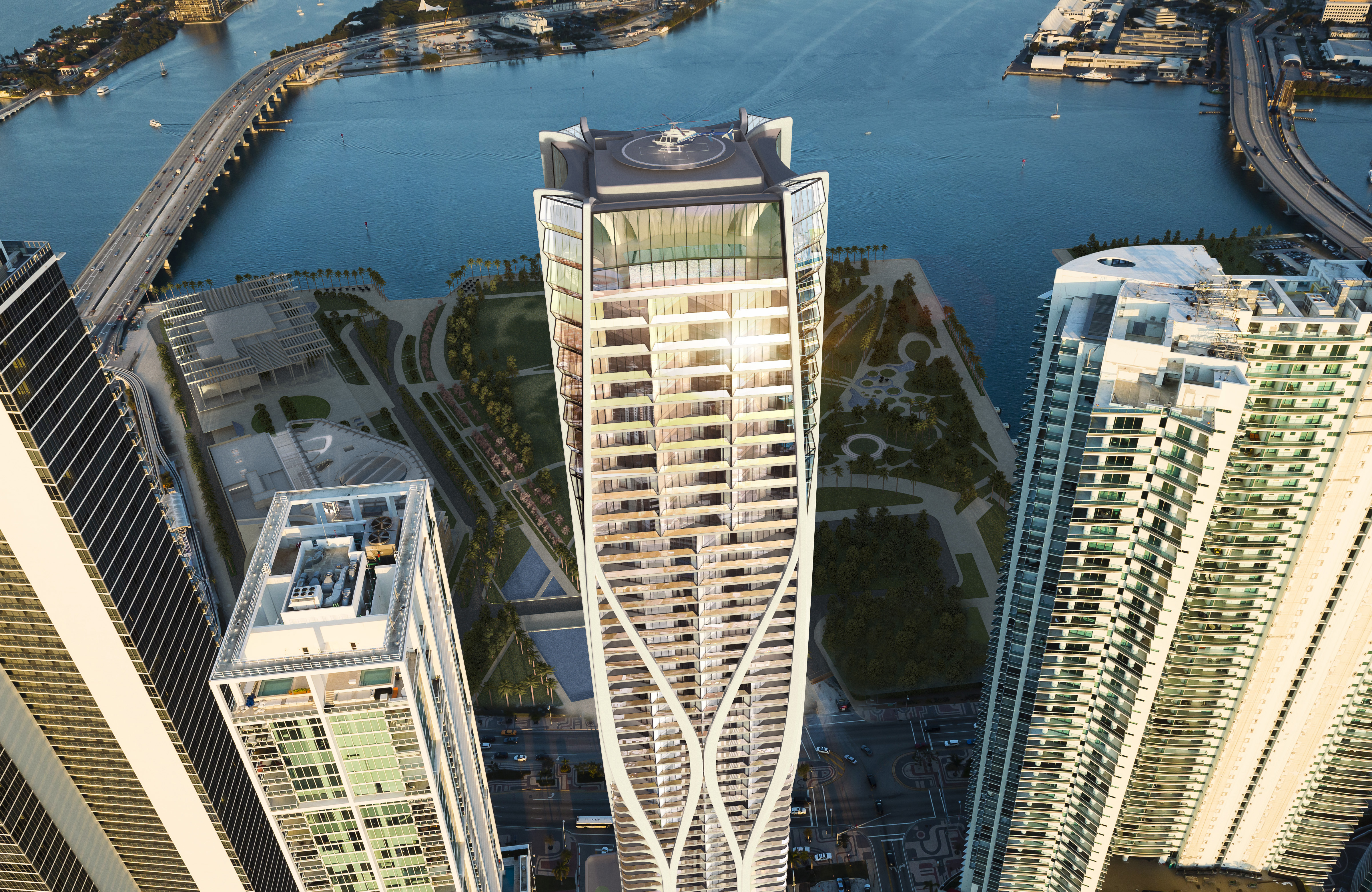 One Thousand Museum, the closely watched ultra-luxury skyscraper in Downtown Miami designed by starchitect Zaha Hadid, has been completed and received its Temporary Certificate of Occupancy, One Sotheby’s International Realty announced on their blog. Sotheby’s has represented One Thousand Museum since the project was launched.

The moment we have all been waiting for has arrived.

ONE Sotheby’s International Realty is proud to represent this revolutionary project from its inception, and driving record breaking sales for the architectural masterpiece.

Lauded as one of 2019’s most anticipated buildings, One Thousand Museum will release a curated collection of turnkey residences by international design houses including B&B Italia, Roche Bobois, Artefacto and Morada Haute Furniture Design. It has been thrilling to see this project rise above Downtown Miami, and to unveil the museum-quality residences to our esteemed new owners. Congratulations to our developers Louis Birdman, Gilberto Bomeny, Gregg Covin and Kevin Venger for this unprecedented achievement!

The unique project, with its undulating exoskeleton, has been compared to many different things and garnered a few interesting nicknames over the years it’s been under construction. Most recently, it was called “the scorpion tower.”

Louis Birdman, one of the two developers of One Thousand Museum, also publicly shared a video celebrating the project’s completion on Facebook: