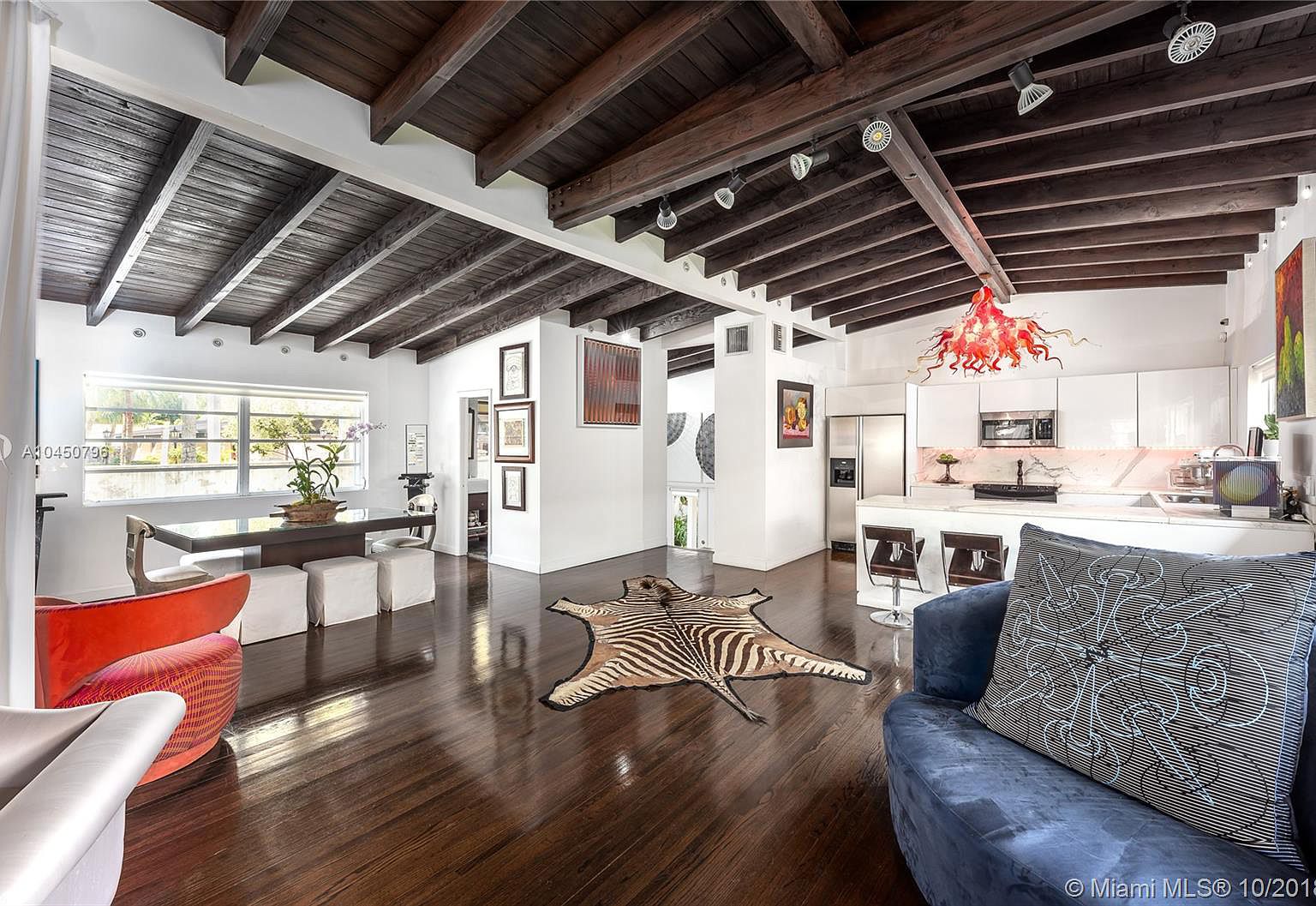 Although a good real estate listing makes you feel like you could live there, a lot of the fun of exploring real estate listings is guessing at the lives of the people who currently live there. This house is a great example. It’s a three building compound in the center of Coconut Grove, surrounded by a concrete wall, with a two-story fashion studio attached. Oh, and there are two outside showers big enough to share with a few friends.

Whoever they are, they obviously like to have fun, while doing it discreetly. Designed by Alfred Browning Parker in 1954, some of Parker’s old touches remain, and the house’s original lines are still there, including an eclectic railing on the rooftop sun terrace. There are lush gardens surrounding a koi pond. Oh, and there’s a fabulous kidney bean-shaped heated pool with waterfall, and nearby bar.

The house was purchased by the current owner in 2003 for $470,000. They held onto it for almost fifteen years, before plopping it on the market in April of last year for $3.2 million. A year later, it’s flopped on and off the market, and had some pretty substantial price cuts, arriving at its current price of $1,999,000 this May.