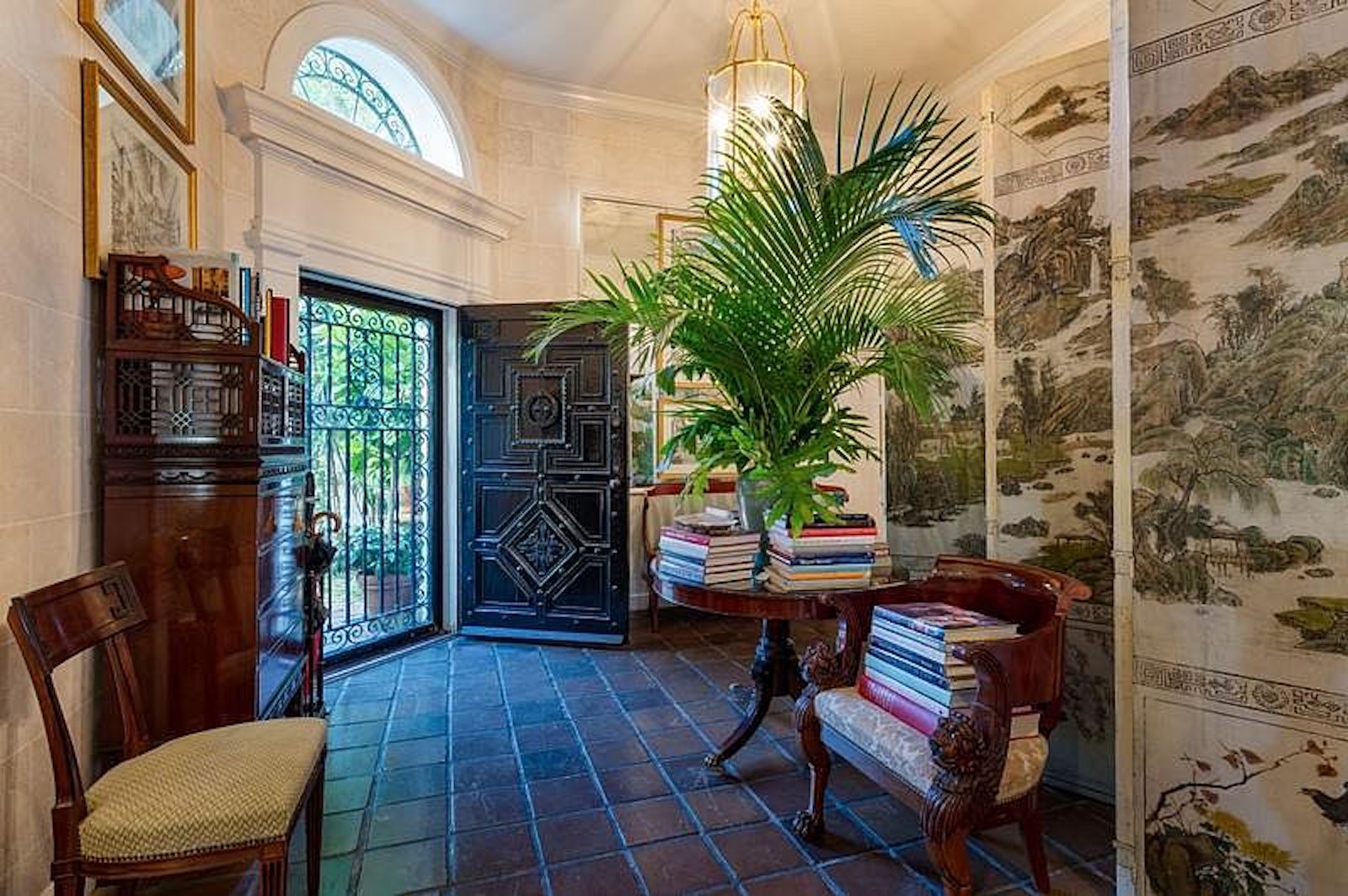 Snyder, according to his website, was listed on Architectural Digest’s list of the top 100 designers and architects. This guy’s stuff, while very classy, just screams “Society Interior Designer!!!” Just look at the overstuffed chairs! The palms and potted plants artfully scattered around the interior, and the pile of blue china in the hall! His stuff is tasteful and gorgeous, if just the tiniest tad bit fussy.

Meanwhile, Wyeth was a force to be reckoned with. He designed Donald Trump’s Mar–A-Lago and the Florida Governor’s Mansion. According to the brokerbabble, the house was built by Wyeth as his home and architectural studio in 1925, which, given its location in Palm Beach, and the large rooms so easily converted to an interior designer’s studio, seems absolutely appropriate.

The first time on the market in over 20 years… Truly a unique opportunity… zoned commercial space on the first floor with 3,562 sq. ft. of prime office space allowing Wyeth and its current owner to utilize the space for commercial purposes, while residing upstairs in the elegant 3,029 sq. ft of living space with fabulous terrace, elegant dining room, 3 bedrooms 3 baths, this two story home with gracious reception room, high ceilings, elevator, garage, and several parking spaces

Located at 209 Phipps Plaza, the house has been on the market for 148 days, solidly plopped at its current listing price of $7.9 million.