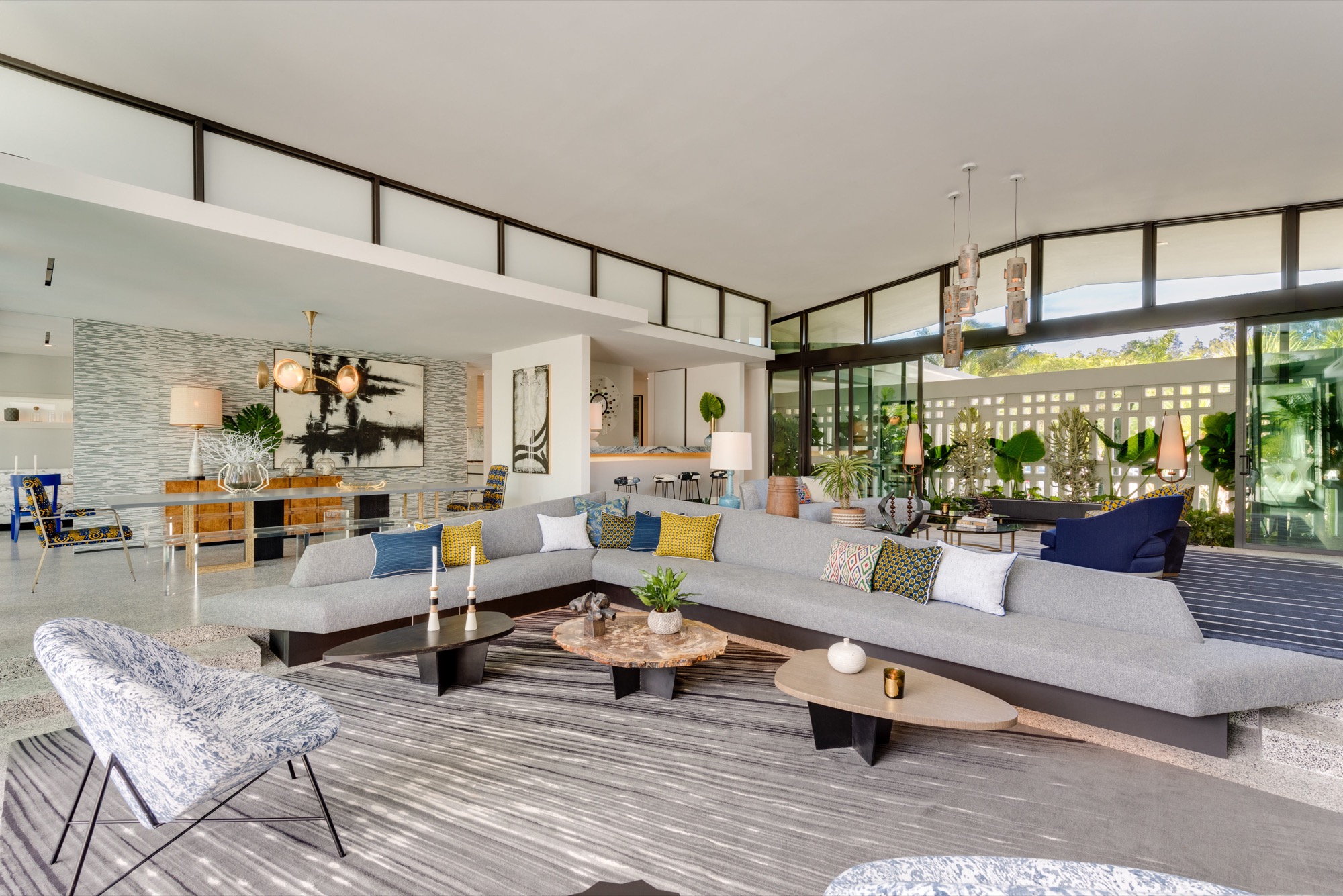 Jean-Louis Deniot, an internationally known interior designer who has been listed on Architectural Digest’s list of the world’s one hundred best interior designers and architects, just sold his renovated mid-century rancher on Miami Beach’s Flamingo Drive for $7.5M. Mr. Deniot has worked on a few local projects in Miami, including the interiors of the Elysee condo tower, which is currently under construction in Edgewater.

Located at 2979 Flamingo Drive, Mr. Deniot restored and redid the waterfront house in 2016, adding a few spectacular flourishes, such as custom terrazzo floors that flow throughout the house, a marble-benched breakfast nook, an outdoor movie projector, and a 15-foot marble bar by the pool. He also brought back some of the house’s original features, such as the sunken living room, and the 14-foot vaulted ceilings. The listing was sold by broker Nelson Gonzalez, according to a press release.