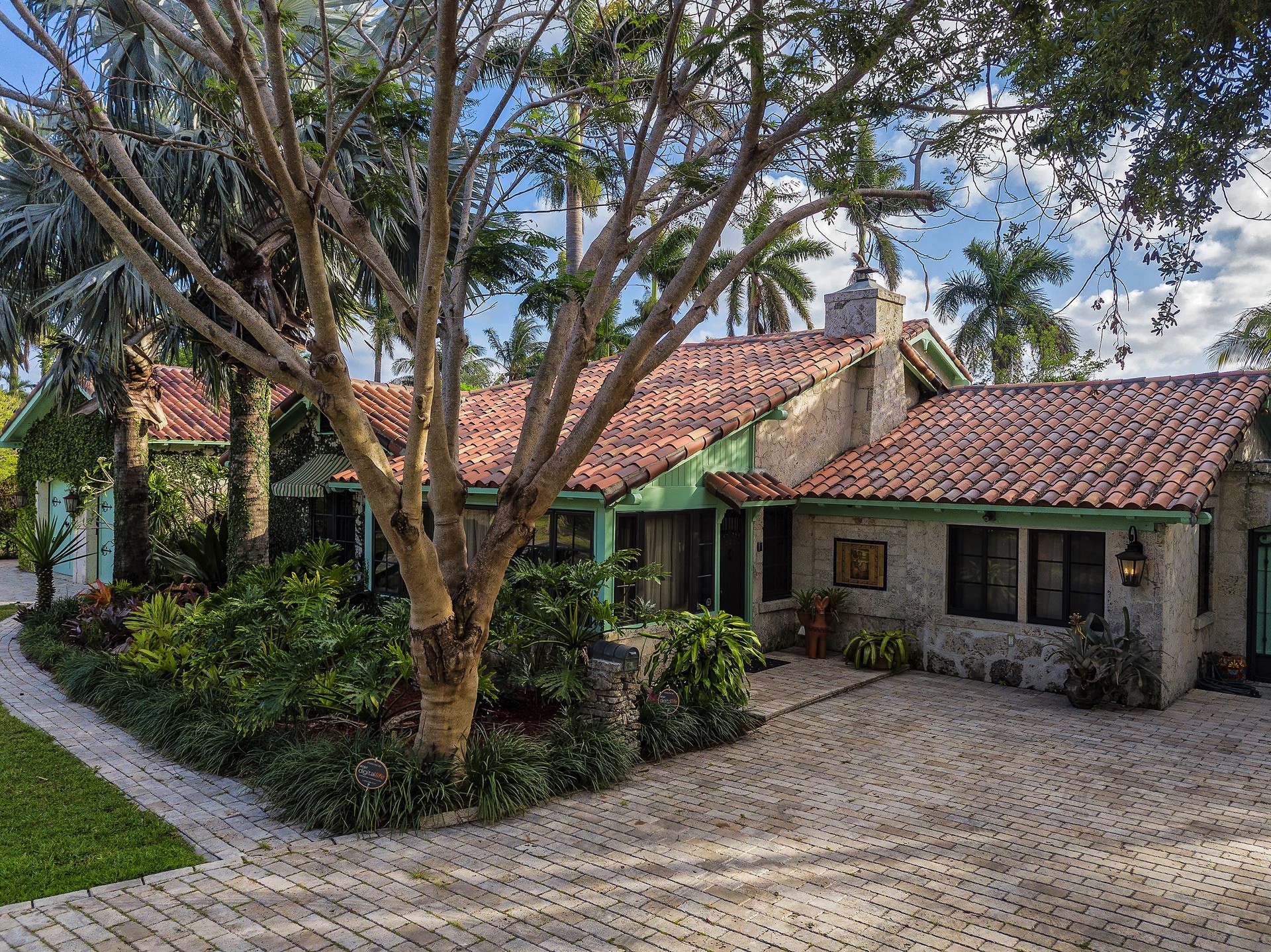 Check out this old-Florida stunner in Biscayne Park, a $1.55 million beaut that oozes charm out of its coral rock walls, vaulted ceilings, and (authentically Cuban?) barrel tile roof. Although listed as constructed in 1940, if a certain rumor is true, it could be much older than that.

Located at 11520 Griffing Boulevard, on the Biscayne Canal, the 3824 square foot house has history and modern conveniences. Built on a large, waterfront lot, it has 4 bedrooms and 3.5 baths, a large pool, a gourmet kitchen, whole house generator, and a fabulous master suite with loft niche. There are chandeliers and hand-made wall sconces, and the 2-car garage has been kitted out for the automotive enthusiast, a message not-so-subtly conveyed by all of the owners’ exotic cars strewn about the listing photos. There’s also a gym. Outside are mature tropical trees and lush landscaping, providing a natural canopy over the house.

The broker, Laura Graves, who obviously loves Biscayne Park, where she lives and has had many sales over the years, can spill the tea better than anyone about the history of the house and Biscayne Park:

“The Carr family owned it for many years and there are stories there. Don’t know how much you know about Biscayne Park but Rosemary Clooney owned a house here at 11619 NE 6th Ave. Larry King owned 11900 Griffing Blvd. for many years. ( I sold that house). Tony Arneson also lived here; 11150 NE 8th Court. (I sold this house too). He was the day time maitre’d of Joe’s Stone Crab. Barry Gibb owned 11530 NE 8th Avenue, which I sold as well. And the house next door I just sold in April of last year…11520 NE 8th Ave.  The sellers mother was Larry King’s first wife. Oh, and 476 NE 119 Street was the Welch’s grape jelly family home.”

Oh, and there’s one more thing Laura just had to tell the Big Bubble.

According to the listing, the house was built in 1940, but there’s a slim chance it could be much older if one highly unconfirmed rumor turns out to be true. According to Laura, the mother of the current owner of the property, a lady in her eighties, says she remembers the house being brought up by train from Key West, where it was the original Key West post office. A quick google search revealed nothing, and Laura couldn’t get any additional information to substantiate the rumor when she followed up with the octogenarian. Plus, the Overseas Railroad was destroyed in the hurricane of 1935, five years before the house was purportedly built.

However, an old and wise person’s memory is a powerful thing, so I leave it to you dear readers, and the historians of Miami. Is this rumor legit? Was this house the Key West Post Office, and if it wasn’t, was it something else? Was it brought by train from somewhere? The FEC railway tracks aren’t far away, and they cross the very canal that runs by the house, so it would be relatively easy to bring it in by train from somewhere and float it by barge to its current location.

What do you think? Do you perhaps know anything about the history of this house? Does 11520 Griffing Road have an undiscovered history?