You Could Actually Live in This Historic Key West Church, on The Market for $2.599M 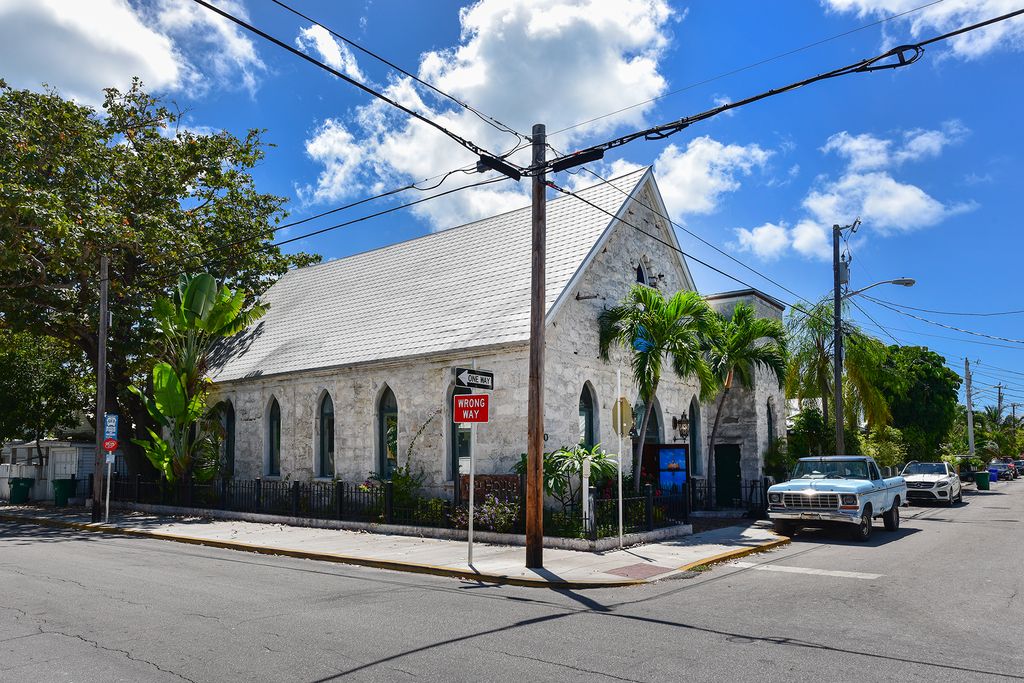 One of the things Key West is known for is its large collection of historic ‘conch’ houses that line the streets of the old, seafaring city, but what if you wanted a new island place that was just as historic but really stood out from the crowd? The old Saint Stephen AME Zion Church at 330 Julia Street, which was built in 1900 by freed slaves, has popped on the market for $2.599 million.

Built with 14-inch thick walls of Florida keystone, a type of limestone quarried specifically in the Florida Keys, the church comes with a steeply pitched, open beam roof, gothic pointed-arch windows, and a low bell tower. The 4,894 square foot structure has been converted to a 2,100 square foot retail space on two levels and two apartments, a two-bedroom “owner’s” unit and an additional one bedroomer, for guests or whoever.

Freebee Shuttles Are Expanding Across South Florida With Public Subsidies. Could Uber be Next?