The Big Bubble Takes a Ride on The Brightline 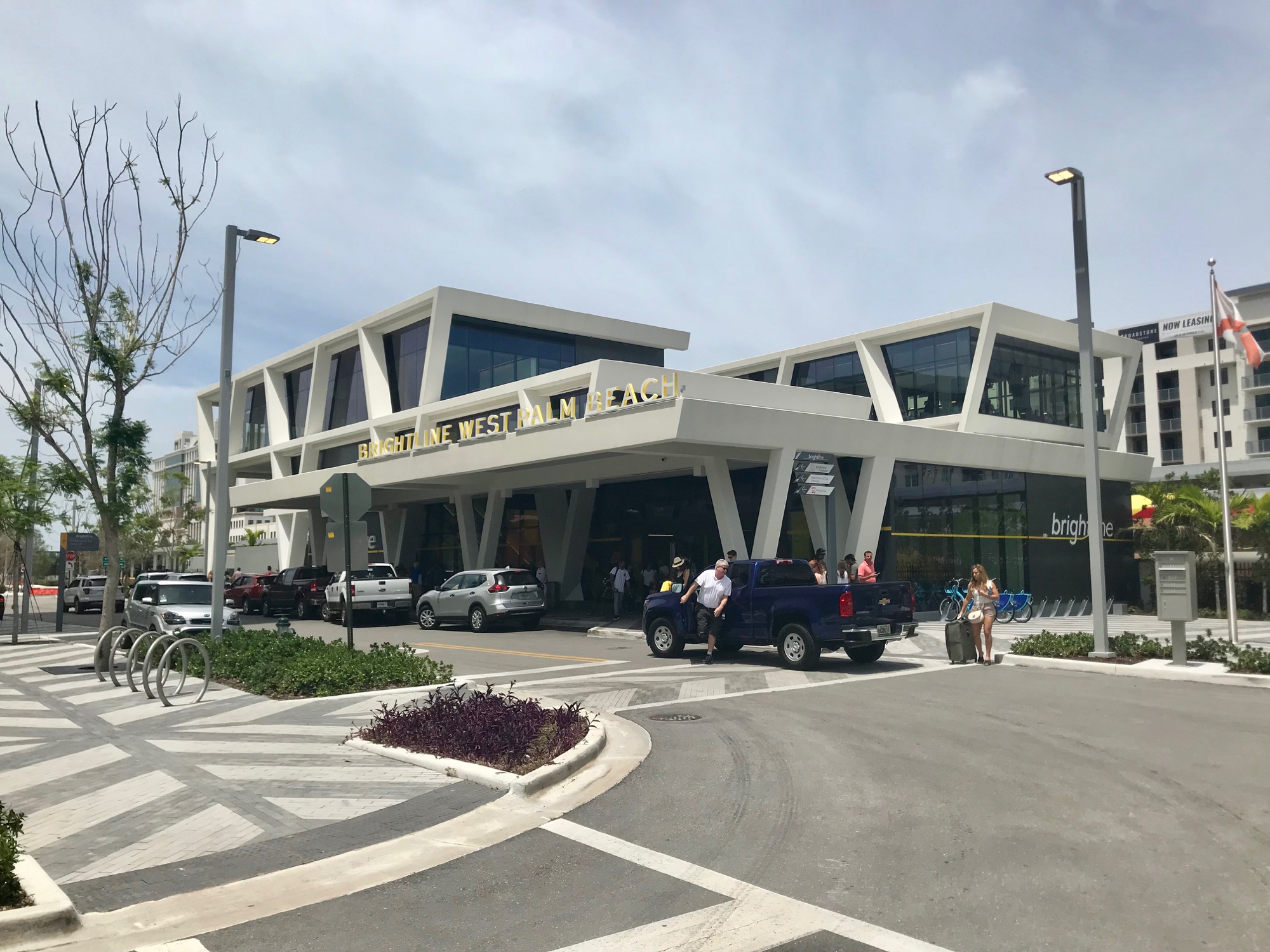 The Big Bubble recently took a ride on the Brightline, the new-fangled high speed train running between Miami and Palm Beach. Going from Miami to West Palm took about an hour and fifteen minutes, and was a comfortable ride through the urban cores of three counties.

This is a significant investment in South Florida’s infrastructure, although it will probably take a little while for South Floridians to fully embrace rail. When more rail lines and connections are introduced, including an eastern extension to Tri-Rail, South Florida’s main consumer rail network, rail will be more widely adopted. The Brightline, however, is a really impressive start, and I hear it’s already a big success. 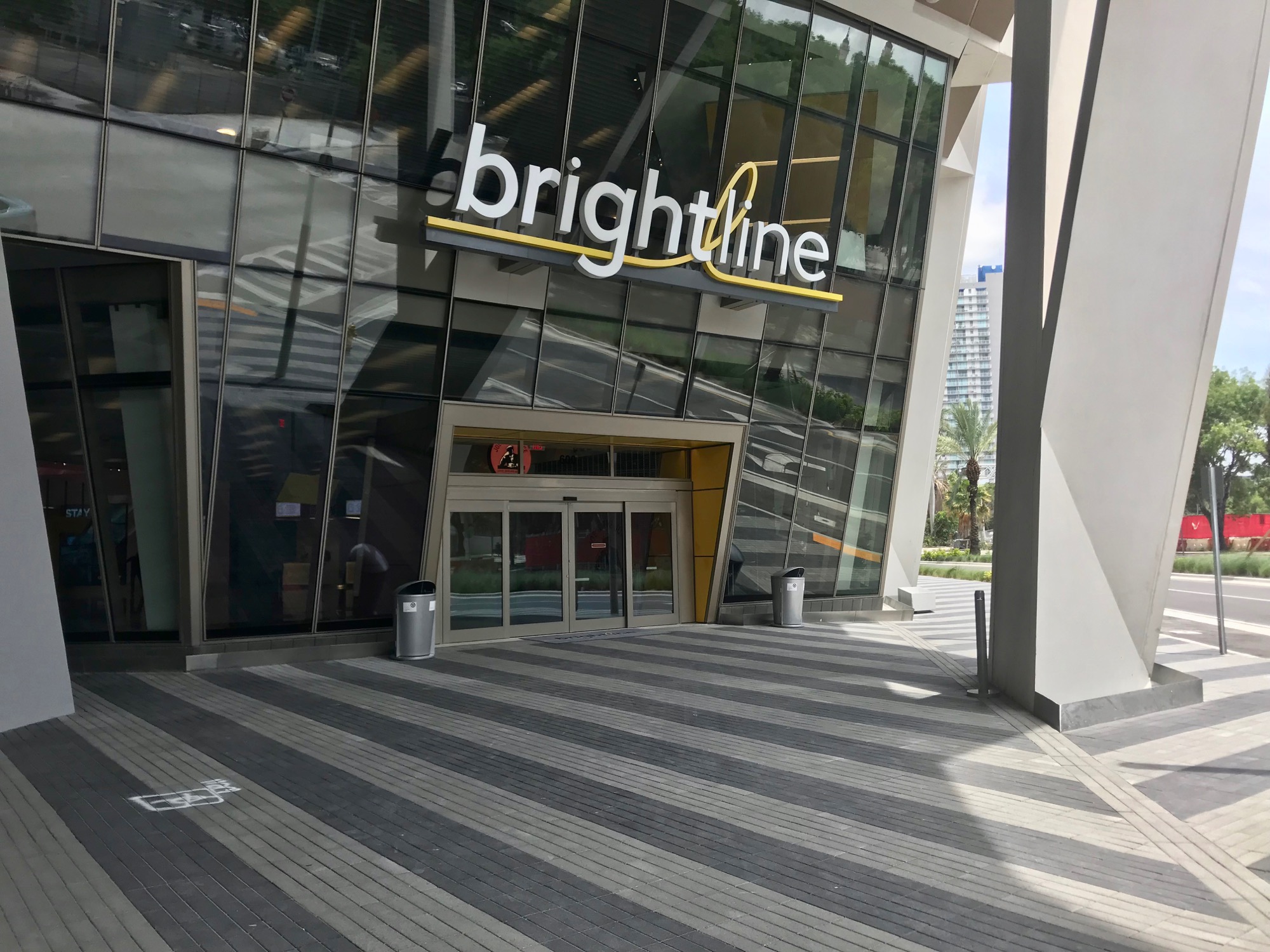 The downtown Miami station, known as MiamiCentral, is a modern architectural confection, with sleek lines and LED columns. The station itself is open for business, while construction continues on the towers above it and the additions to it, including a food hall directly to the south. 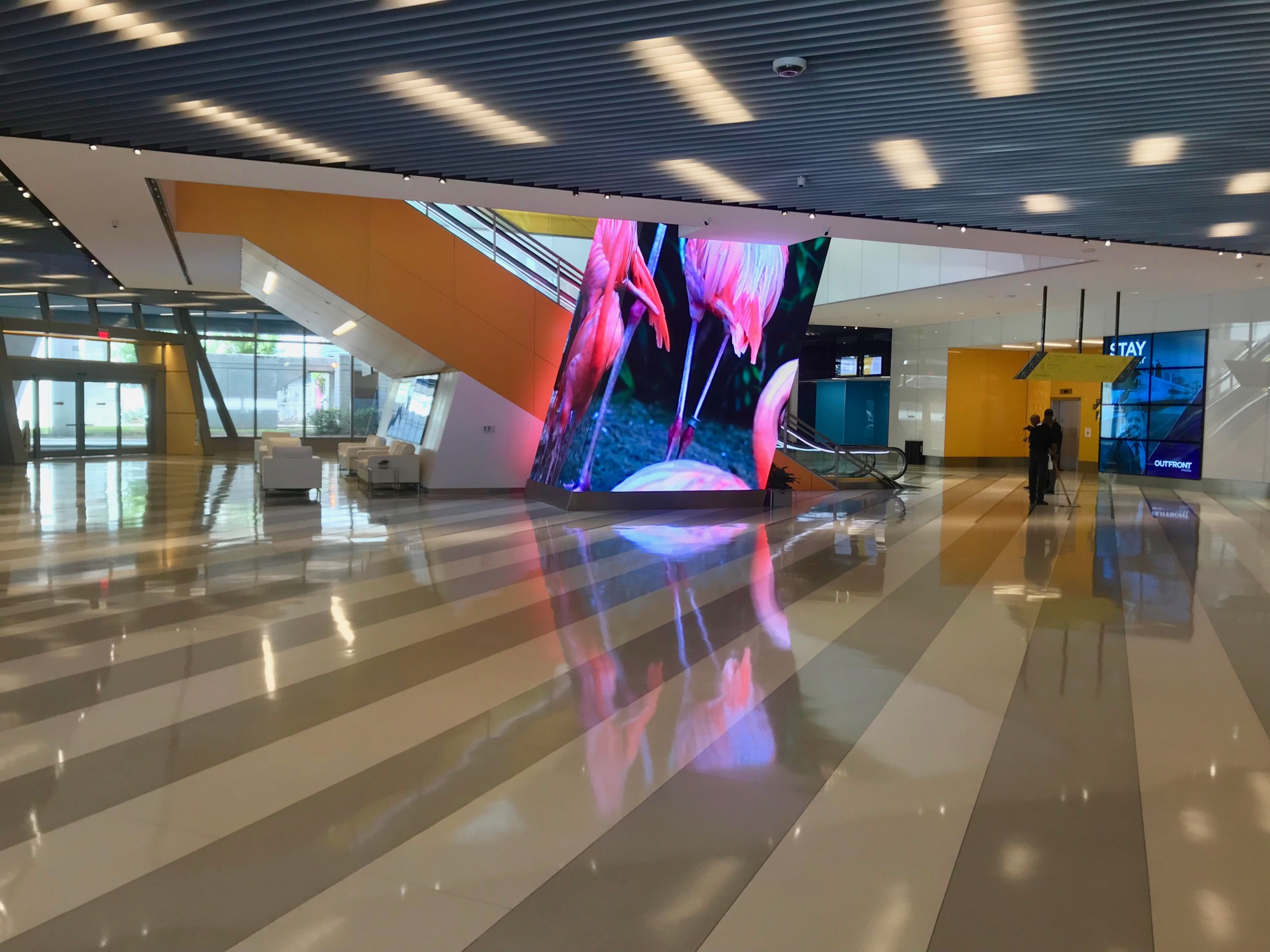 Development is booming around Downtown Miami. attracted by the station. The lot in the foreground of the picture below will be the site of a massive hotel. 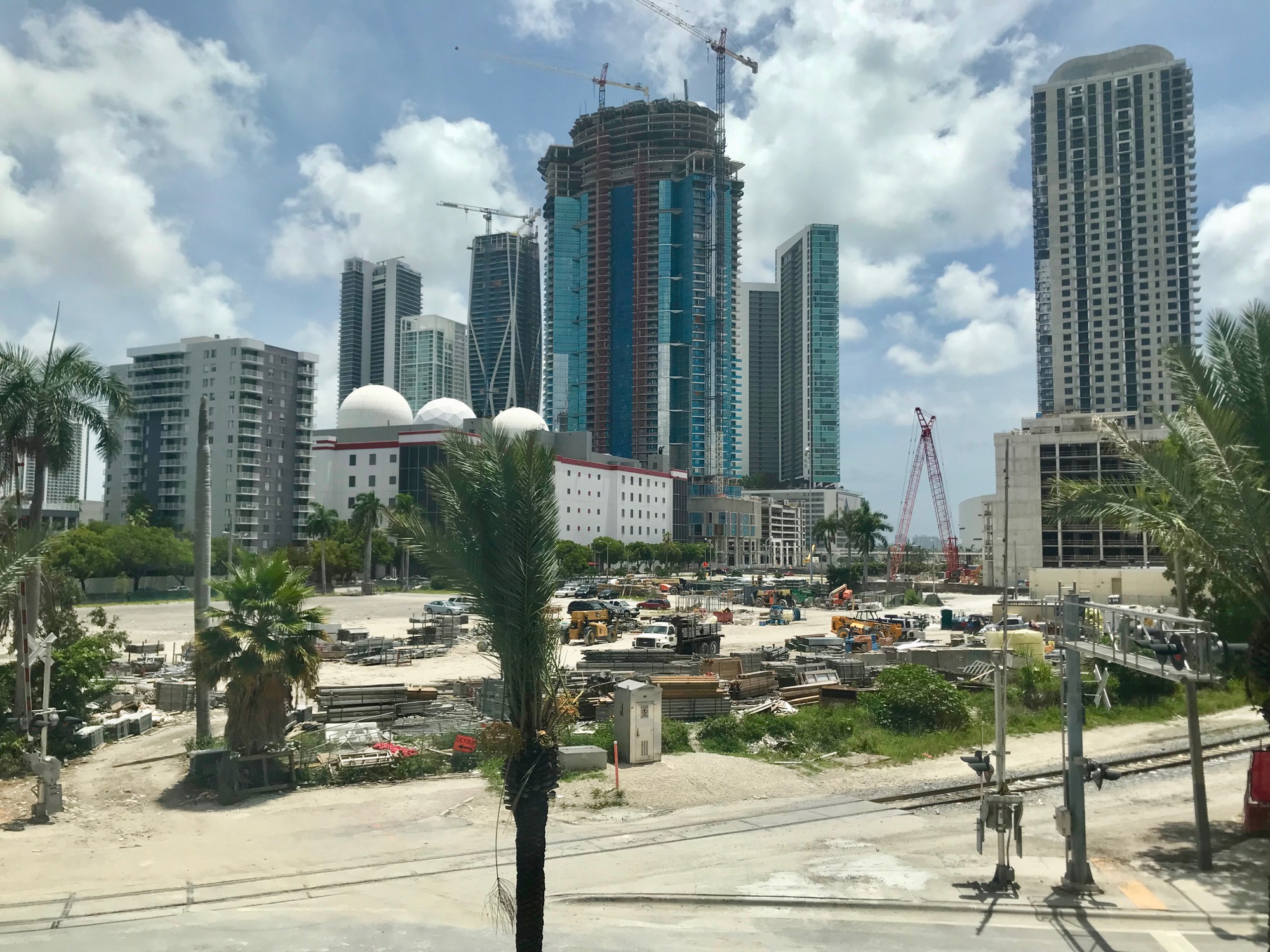 The platforms are suspended three levels above the street. This is probably the most architecturally interesting part of the station, which makes it a bit of a shame that passengers are only allowed out here once the train has arrived. 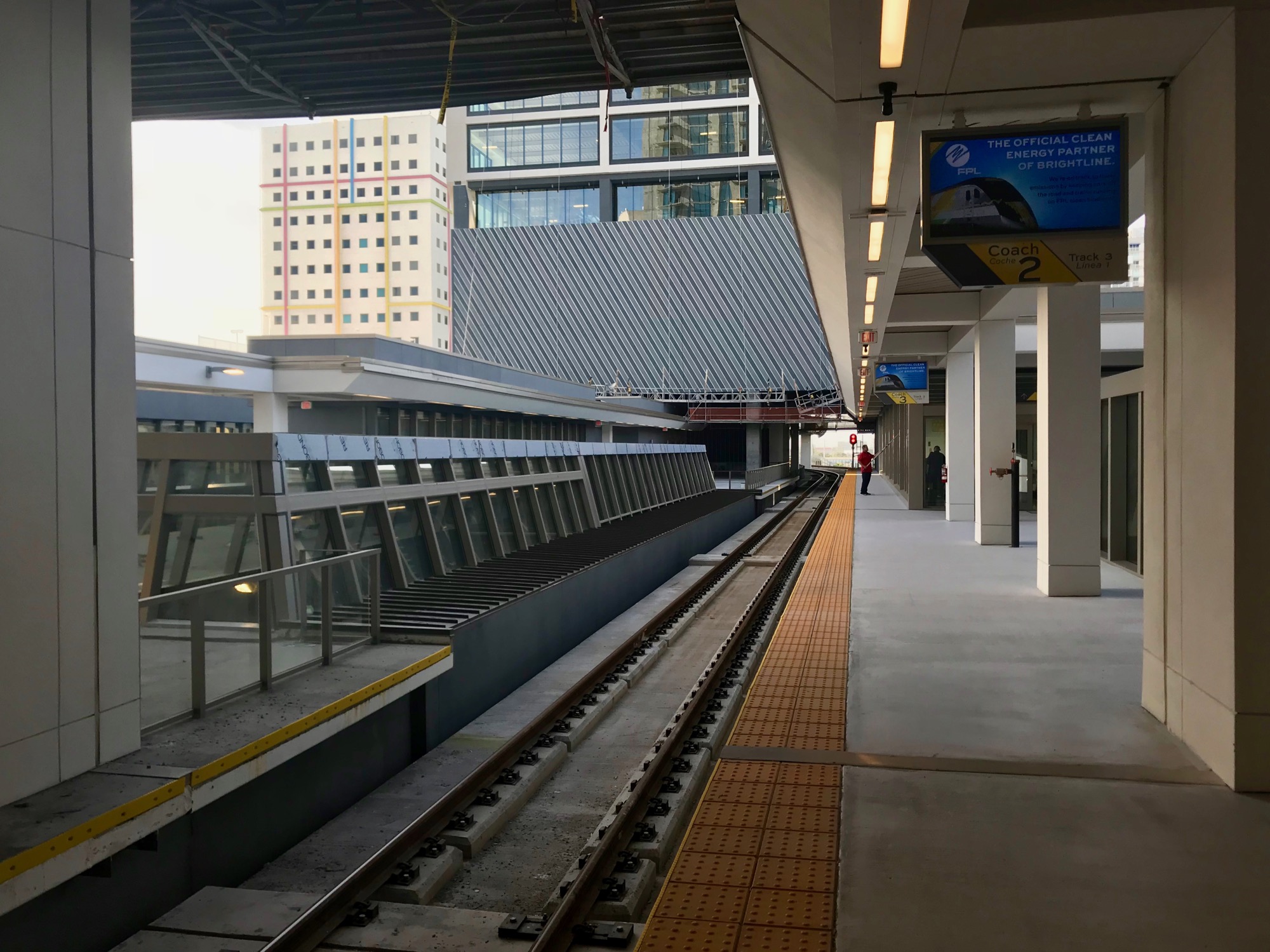 The ride is smooth, luxurious, and most of all fast. The ‘Select,’ or premium class cabin has larger seats and offers complementary snacks and drinks, but the drink cart lady has to race down the aisle just to serve everyone in time between each station.

You don’t need to ride first class to have a comfortable ride though. ‘Smart’ service is still comfortable, and of course just as fast. 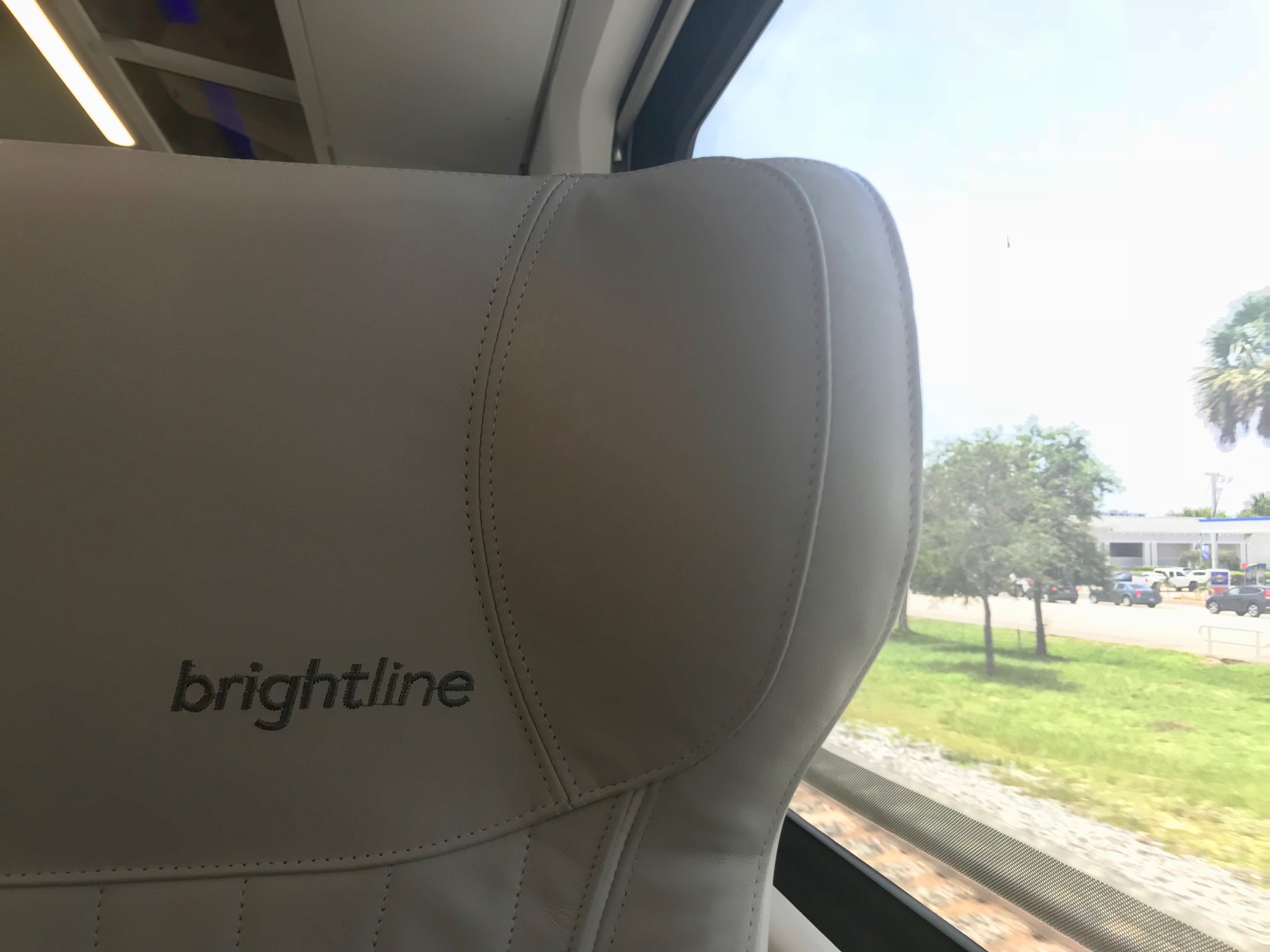 Up in Palm Beach, the station sits directly to the east of the downtown core, between CityPlace and Clematis Street, in a quaint, walkable, urban neighborhood. 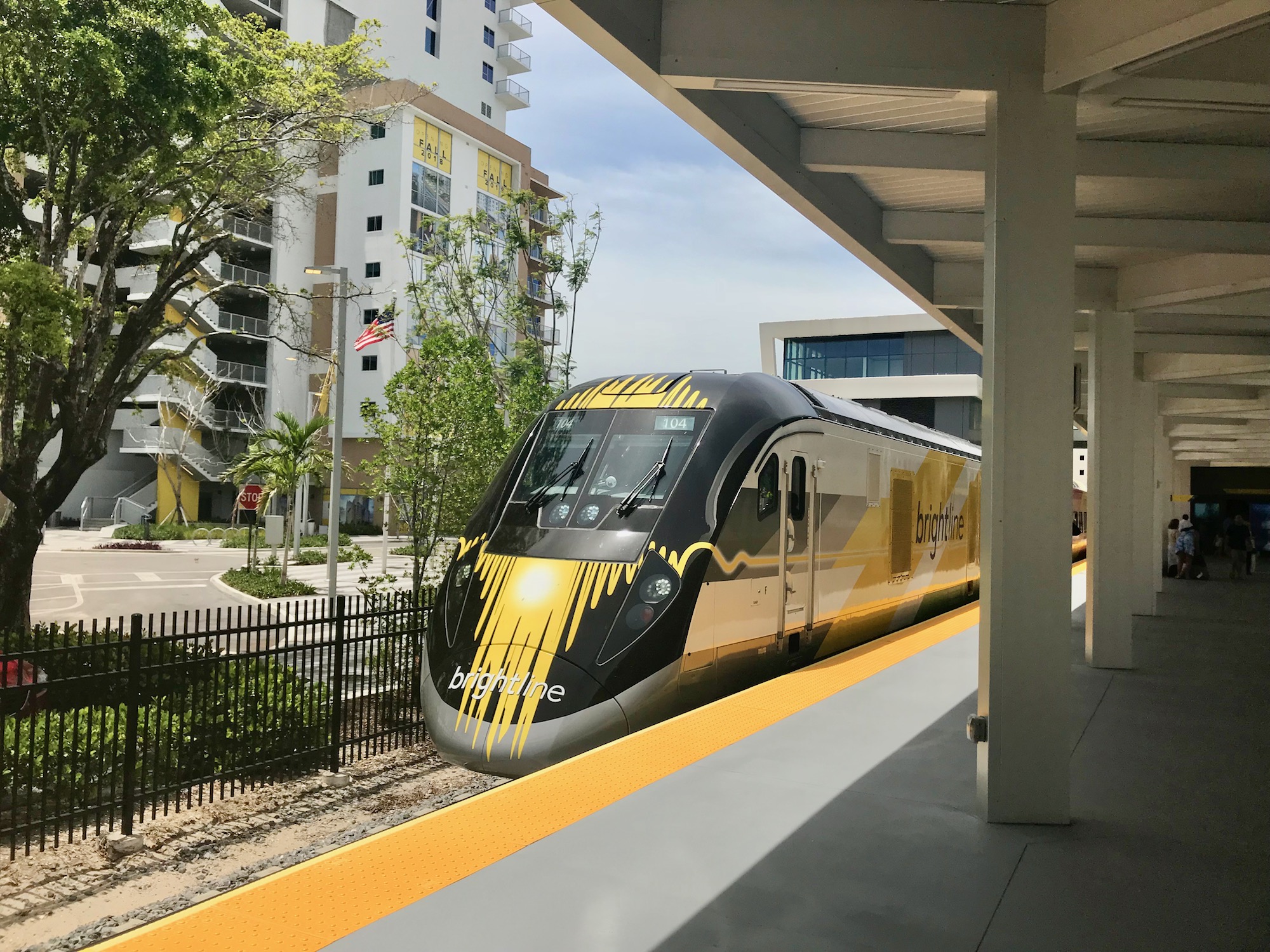 Although the Miami station is undoubtedly huge, the Fort Lauderdale and Palm Beach stops are still quite impressive. Large, breezy concourses connect contemporary waiting rooms elevated above the platforms and tracks. Just as in Miami, passengers are only allowed onto the platforms when it is time to board the train. 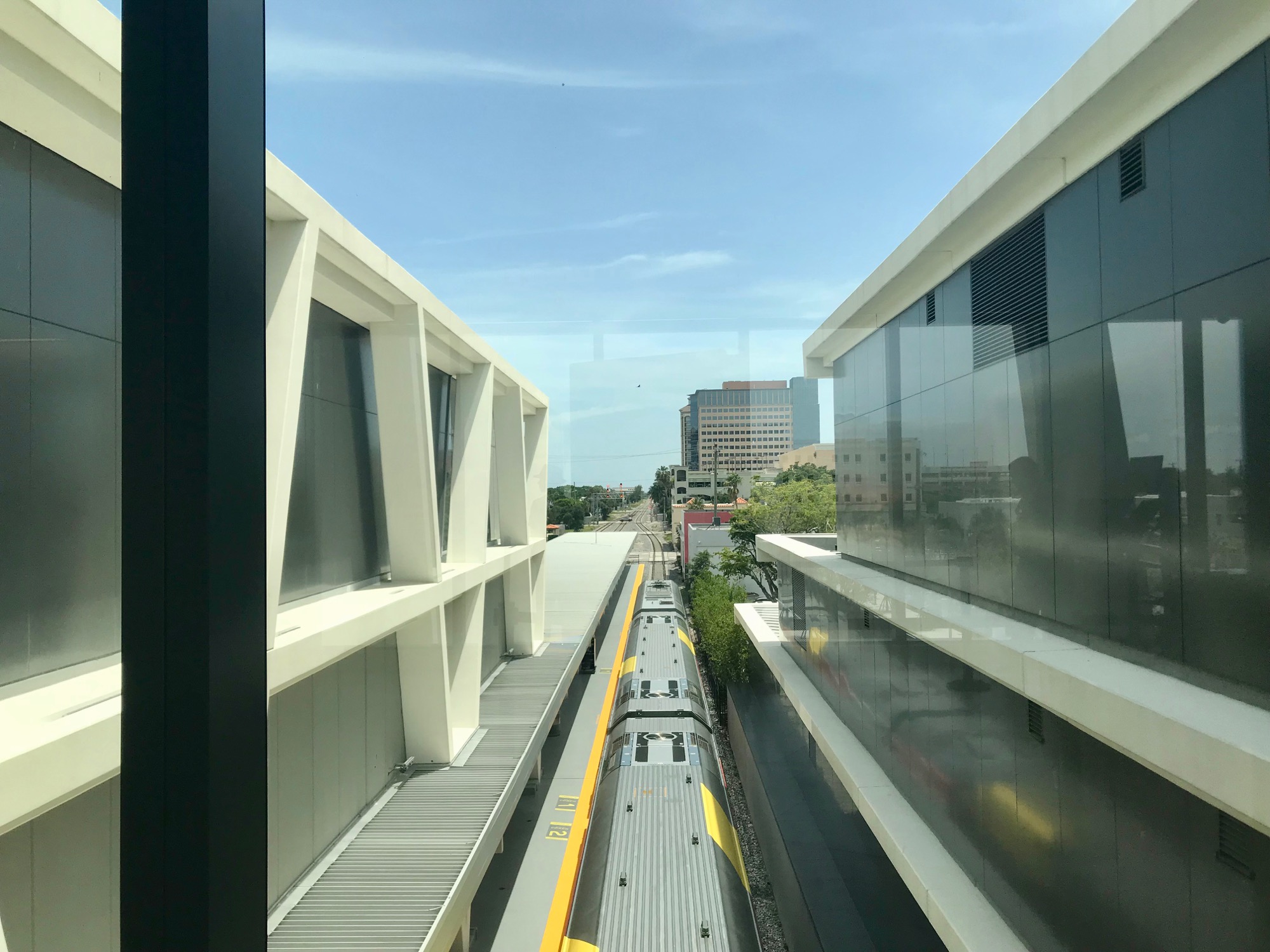 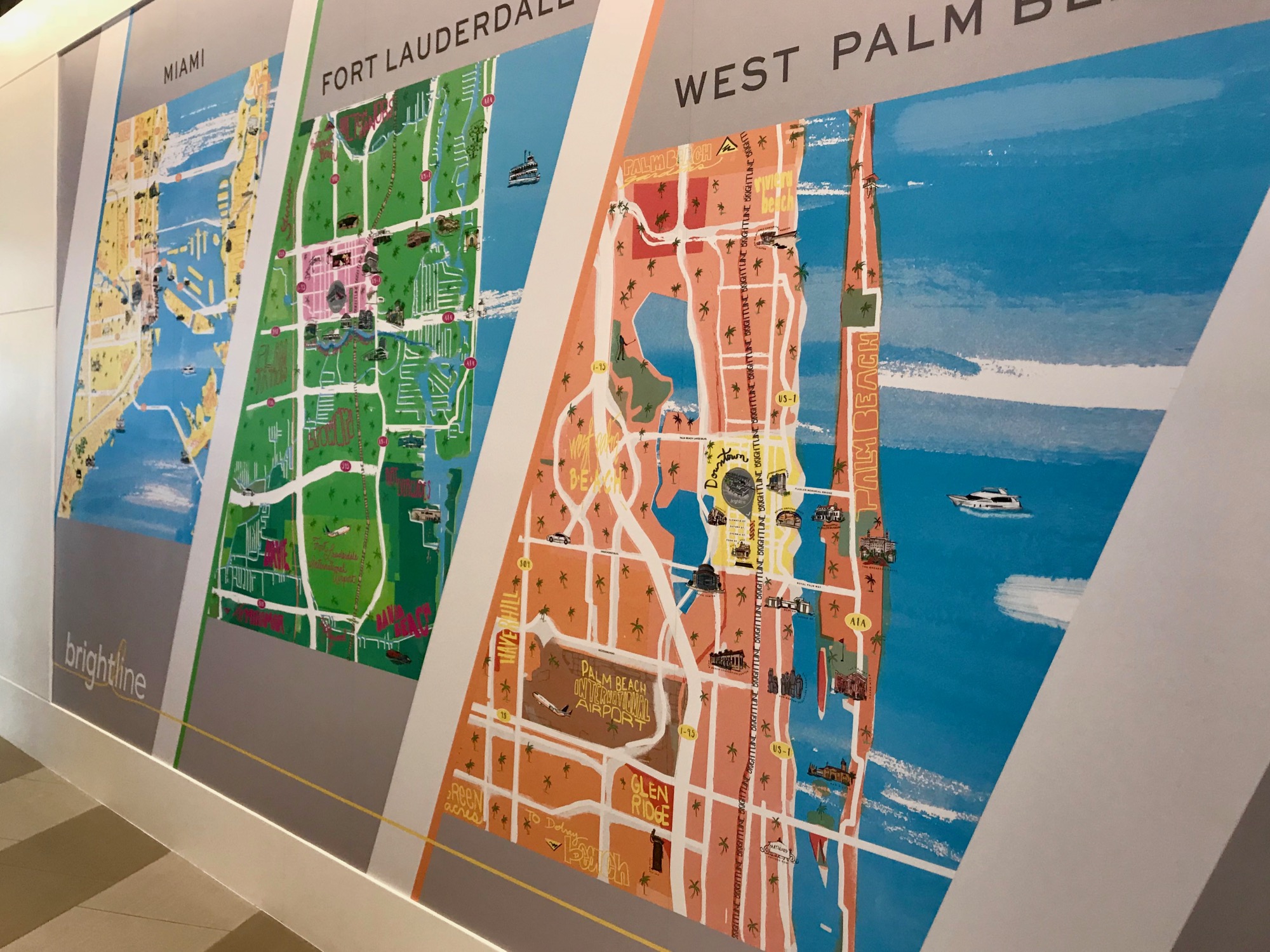