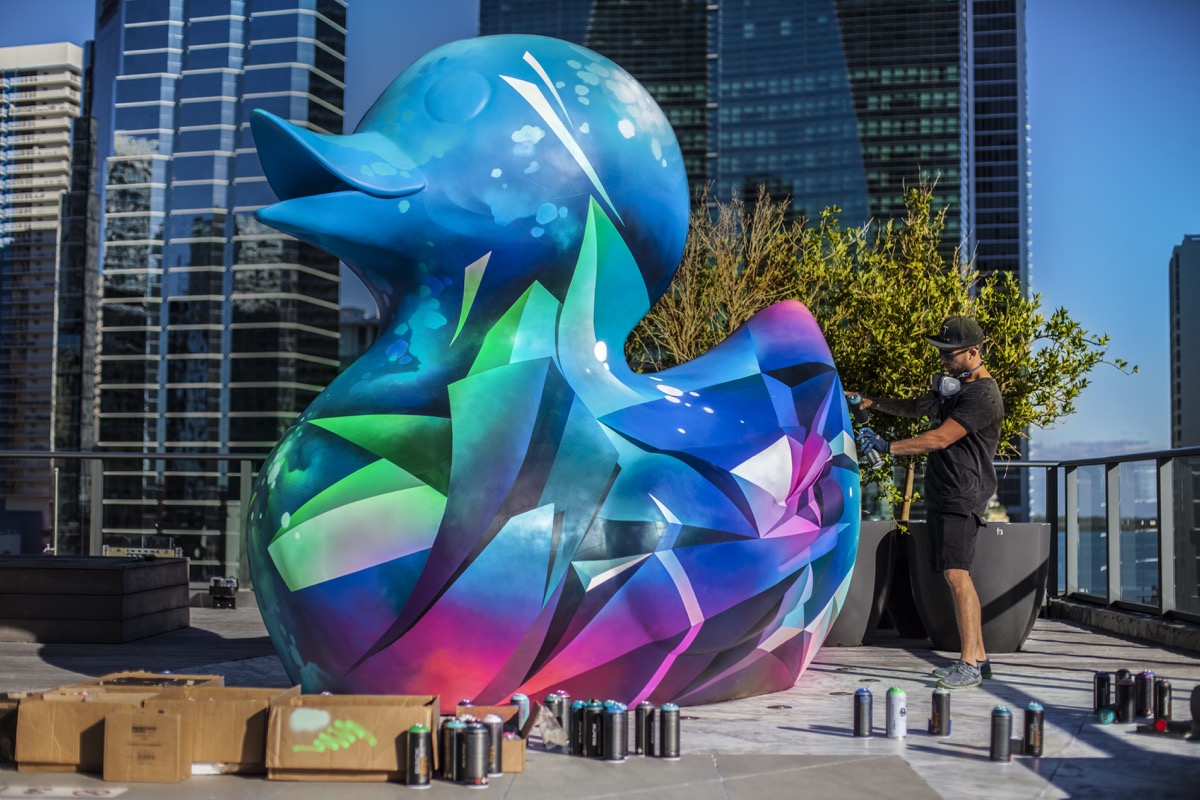 I received an email from a very Danish and adorable sounding publicist about a little something that happened during Art Basel, a month late. But nonetheless, there’s a new artistic addition to Miami up on the pool deck of the SLS Brickell. It’s, well, a very jazzed up duck. Photos and a ‘making of’ video, this way. >

I’m contacting you as I have seen you earlier have written an article about Philippe Starck and SLS Brickell hotel. The international known artist Mikael B has in collaboration with SLS decorated the Philippe Starck sculpture on the rooftop, which I thought maybe would be interesting to cover. Mikael B, who is originally from Denmark, had a solo exhibition at the SLS Brickell during Miami Art Basel and the asked him to paint their infamous Starck duck sculpture and unveil it in front of the many attendees.