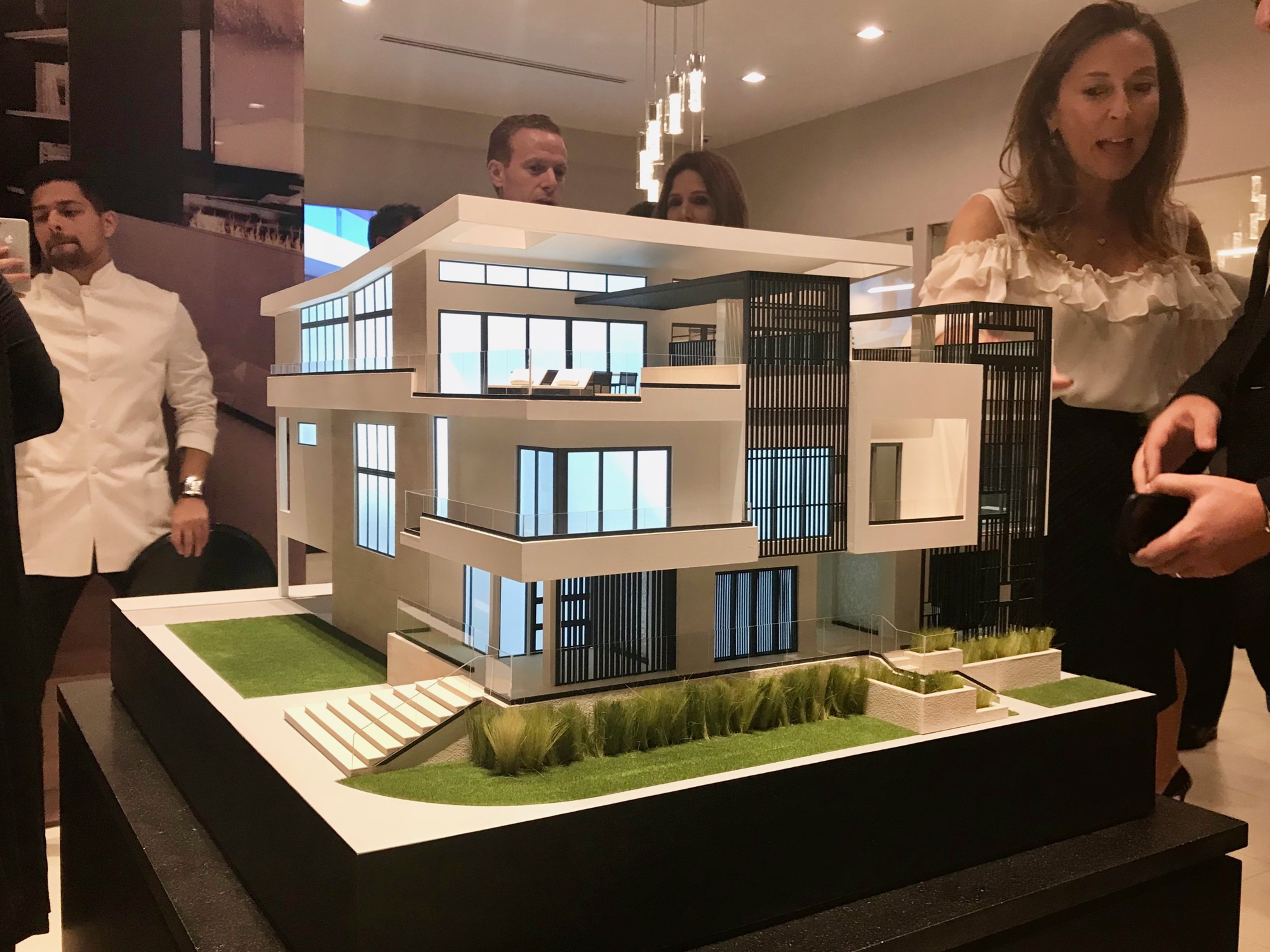 On a large piece of undeveloped land on the 15th street block of Lenox Avenue in South Beach, the luxury townhouse development Eleven on Lenox has finally opened its sales center after actually launching sales more than a year ago. The word at the sales center launch party on Thursday, a fun affair with good food, was that out of the eleven units (thus the name) in the last year they had sold one.

Not that I’m being particularly critical of the project. It’s a gamble in this soft market, but $3 million a pop, each unit has over 4,000 square feet of space, a glass-enclosed elevator, Scavolini kitchens and master baths, Gaggenau appliances, serious amounts of parking (four spots per unit is a lot anywhere, particularly South Beach), a rooftop pool, and very high ceilings.

However, what’s really unusual about Eleven on Lenox is the location. The site is on a relatively quiet street in the middle of South Beach, and very conveniently close to Lincoln Road, Alton Road, West Avenue, Flamingo Park, and even the ocean, but it’s also a neighborhood where similar housing really doesn’t exist at all. That could be a weakness, of course, because those looking for what Eleven on Lenox has to offer might not think to look there, but it could also be a great strength, due to the neighborhood’s many assets. With a good enough marketing push, Eleven on Lenox might just pull it off.