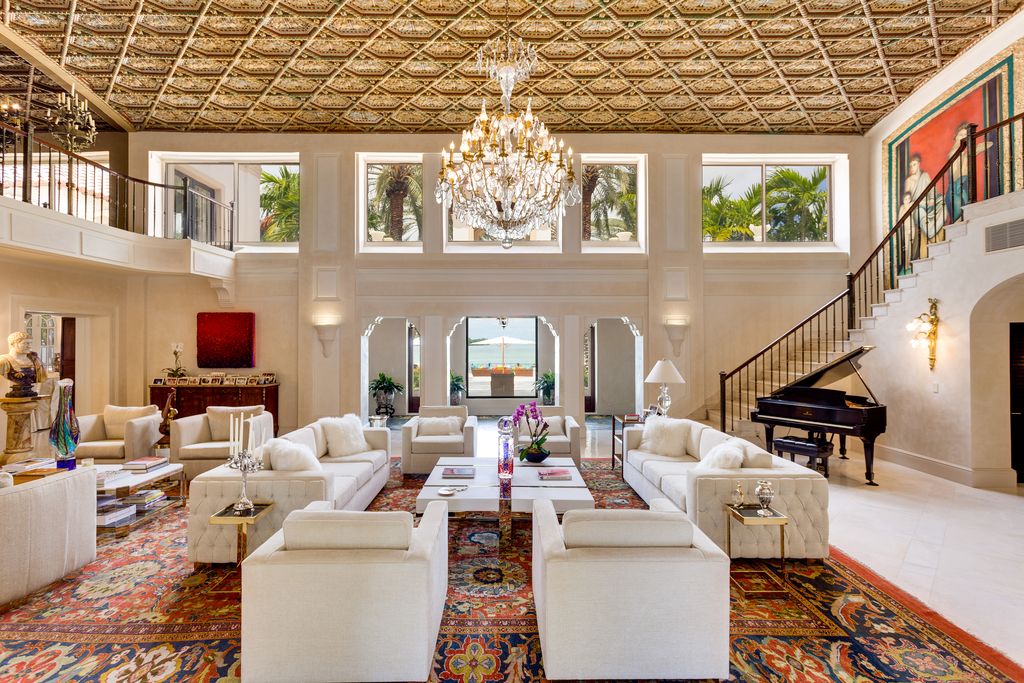 In its earliest glory days, Star Island was the pearl earring of Miami Beach, the first island completely built from scratch by city father Carl Fisher whose dredges had previously just expanded existing terra firma. (or in the case of the sandbar that is Miami Beach, terra not-so-firma)

At the end of a gracious, green pill-shaped circular road that feels more like a landscaped piazza was a grand yacht club, which was apparently quite the destination in its day but has left so shockingly little of an historical record that its memory has been almost completely erased from existence despite almost all of the original building sticking around even until today. At some point in history the immense clubhouse was subdivided into two luxurious private homes, one of which, 22 Star Island, was recently moved from one side of its lot to the other to make room for a gargantuan modernist pile.

The address is Number 46 Star Island Drive. Notice the numbering difference? The island’s addresses would have gone from 1-45 Star Island Drive, and, well, they still do, except that smack in the middle is number 46, made that way out of necessity from the subdivision of the grand old club.

And it is grand. The house has obviously gone through a number of renovations over the years, but you can still see its old bones shining through. Look at that ceiling in the living room. The ten bedroom, twelve bath, 20,000 square foot house is most significant for being the surviving reminder of  a forgotten relic, and for the special architectural details that lie among more mundane later additions. Whoever did the renovations was not nearly as talented as the original architects. Still, with an expansive piece of land, lots of square footage, the provenance, and the location, it’s listed for a spectacular $46 million.