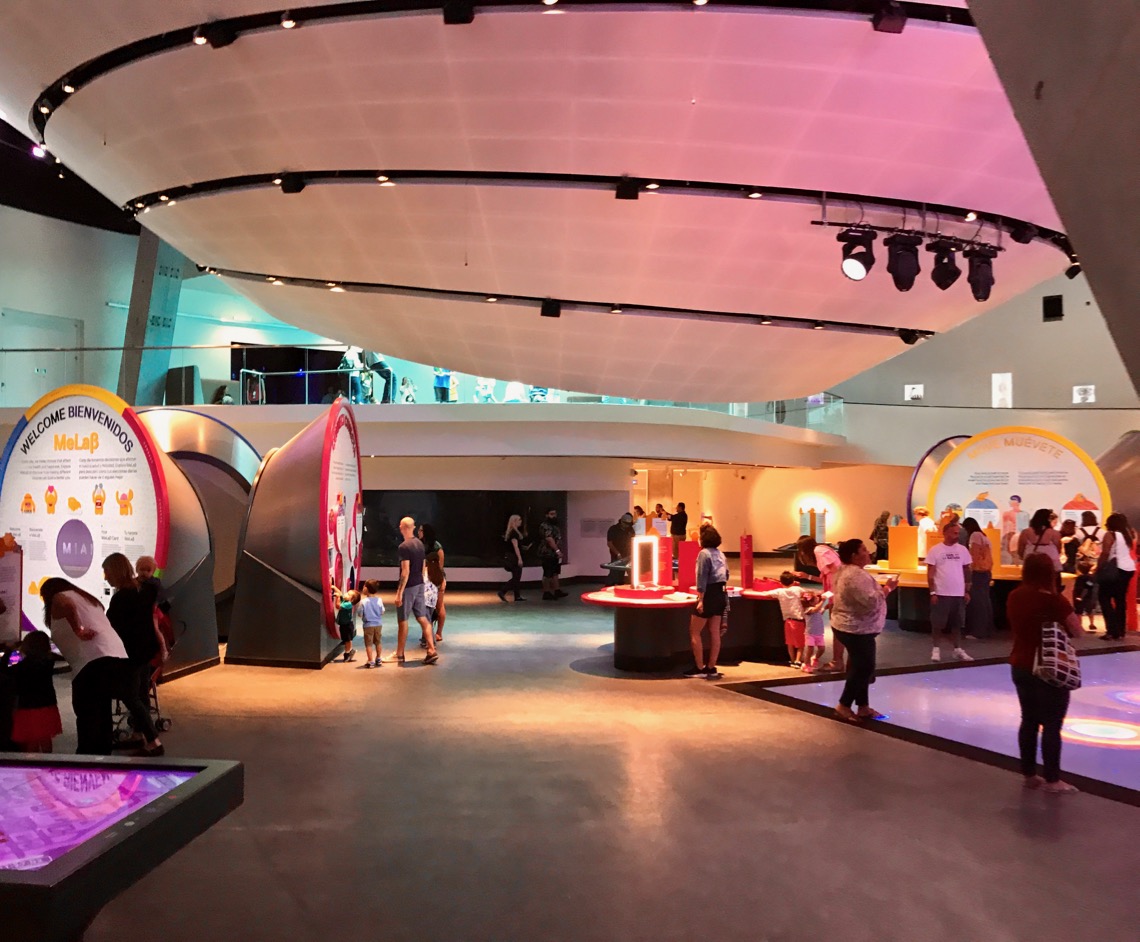 Okay, first thing, right off the bat, let’s just admit the elephant in the blog. It’s no wonder the brand new Phillip and Patricia Frost Museum of Science almost went extravagantly broke and had to be bailed out during construction both by its namesake philanthropists and the government. This place is spectacular, and when it comes to science, technology, and architecture, the three aspects of the museum that really blow you away, being spectacular is always expensive. Really expensive. Other issues, of course, included problems with the contractors, a well-meaning staff that may have been in over their heads coming from such a significantly smaller institution, and others that have been covered in the media. But holy shit all that money made a great museum.

After an opening celebration gala Saturday night and a members-only preview day yesterday, the new Frost Museum of Science opened to the press this morning, and the public this afternoon. Spread across five levels with a sixth—the roof—still under construction, the museum is a spectacular scientific wonderland. Unlike other august scientific institutions however, like New York’s famed American Museum of Natural History, with its endless hallways of taxidermied lions and whales, and the Smithsonian with its vast repositories of booty from global geographic expeditions (one wonders how many extinct species which have their furs preserved in its collections are there in the form of hats) the Frost Museum of Science is less of a temple to science than it is a full-blown scientific laboratory and place of exploration.

Photos by Sean McCaughan. The sixty-picture tour, this way: