Louver House Tops Off, and Other South-of-Fifth Construction Updates 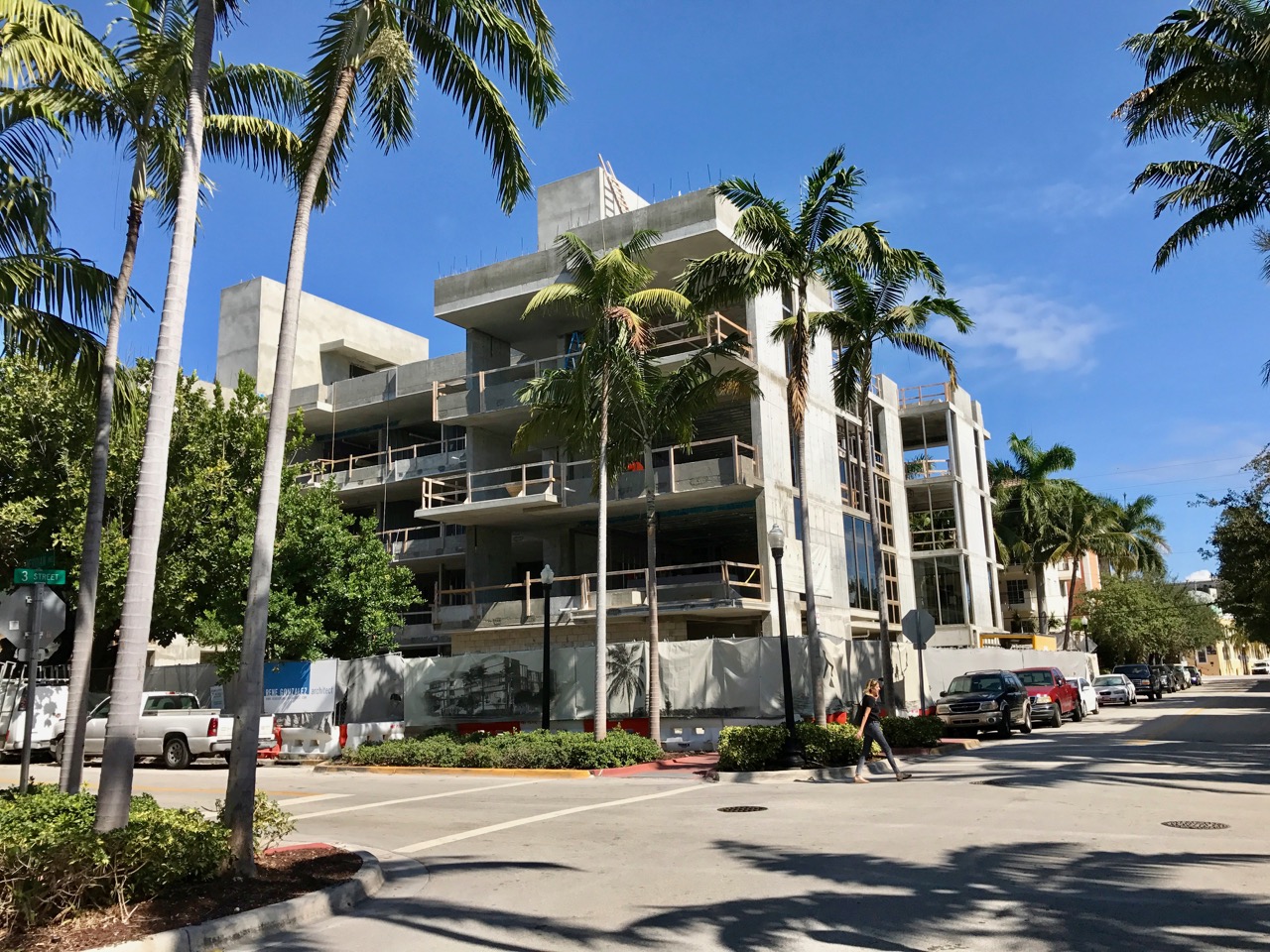 Louver House, a low-rise urban infill (okay, more of a mid-rise in the context of South Beach) condo South-of-Fifth recently topped off and its developers are holding a little topping off party very soon. It was designed by the fabulous local architect Rene Gonzalez. The party’s on the roof of the building, which is still very much under construction. No I’m not saying when. It’s a private party, so keep your hoi-paloi ass at home.

Anywho, I walked by today (because I live in the neighborhood, naturally) and it’s looking good. The party’s probably behind that rooftop parapet in the pictures. So, no there won’t be drunk people going kerplunk off the side. Although after this election… I’m sorry, making jokes about suicide is wildly inappropriate. But so is President-Elect Trump. So, cheers to that!

We could probably use a few more socialists in this country. Then we might not be at risk of losing Obamacare.

A few blocks to the south of Louver House, developer Russell Galbut‘s over-the-top urban mansion appears to be just about finished. Oh, and to the north, on Fifth, the new Urbanica Hotel, designed by Shulman + Associates in an historic mediterranean revival building with a contemporary addition (not shown) looks open for business.