Española Way to be Permanently Pedestrianized from Washington to Drexel Avenues 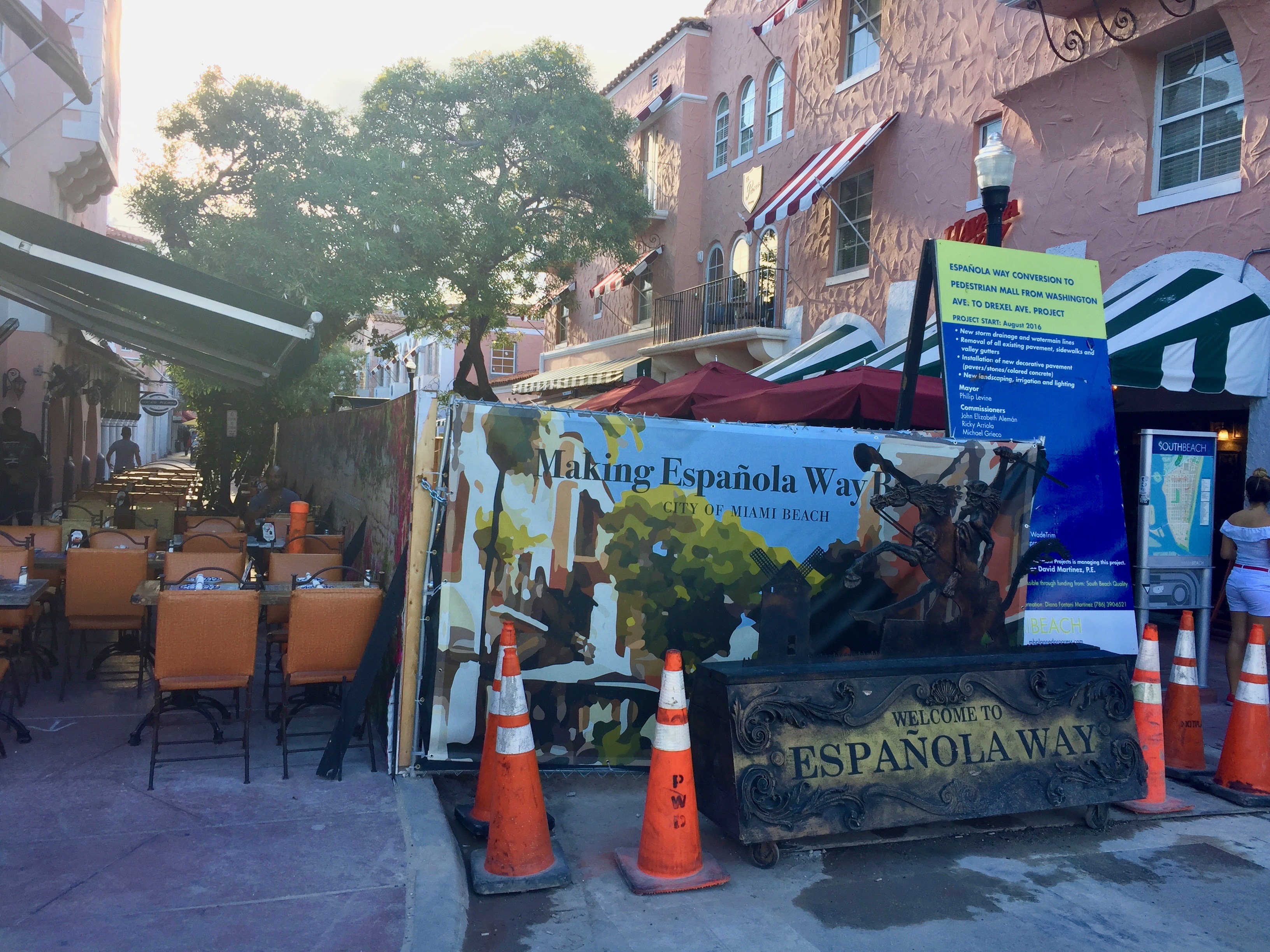 The block of Española Way which has been closed to traffic for years, and which won the title “Best Block of Miami” in 2012 for its lively Spanish-village atmosphere and mixture of uses, from Washington Avenue to Drexel Avenue, is being permanently pedestrianized by the City of Miami Beach.

Although closed to traffic since who-knows-when, the block always remained re-openable to traffic, with the idea probably being that deliveries could be made, emergency vehicles could gain access, or it could perhaps even be opened to traffic during the day. Well, it turned out that in the end none of that was really necessary.

According to signage accompanying construction fencing, new water mains and storm drainage is being added, all of the current pavement and sidewalks are being removed, and new decorative pavement, landscaping, and lighting is coming in.

If anybody in City government is reading this and wants to go the extra step, here’s my thought. This new pedestrian mall could easily be extended east, to the underutilized block of Española between Washington and Collins, and then even link up with the alley alongside the Betsy Hotel, creating a pedestrian promenade to the ocean. Let’s do this.