UPDATED: Is The Hidden Park Behind Related's One Ocean Public or Private? 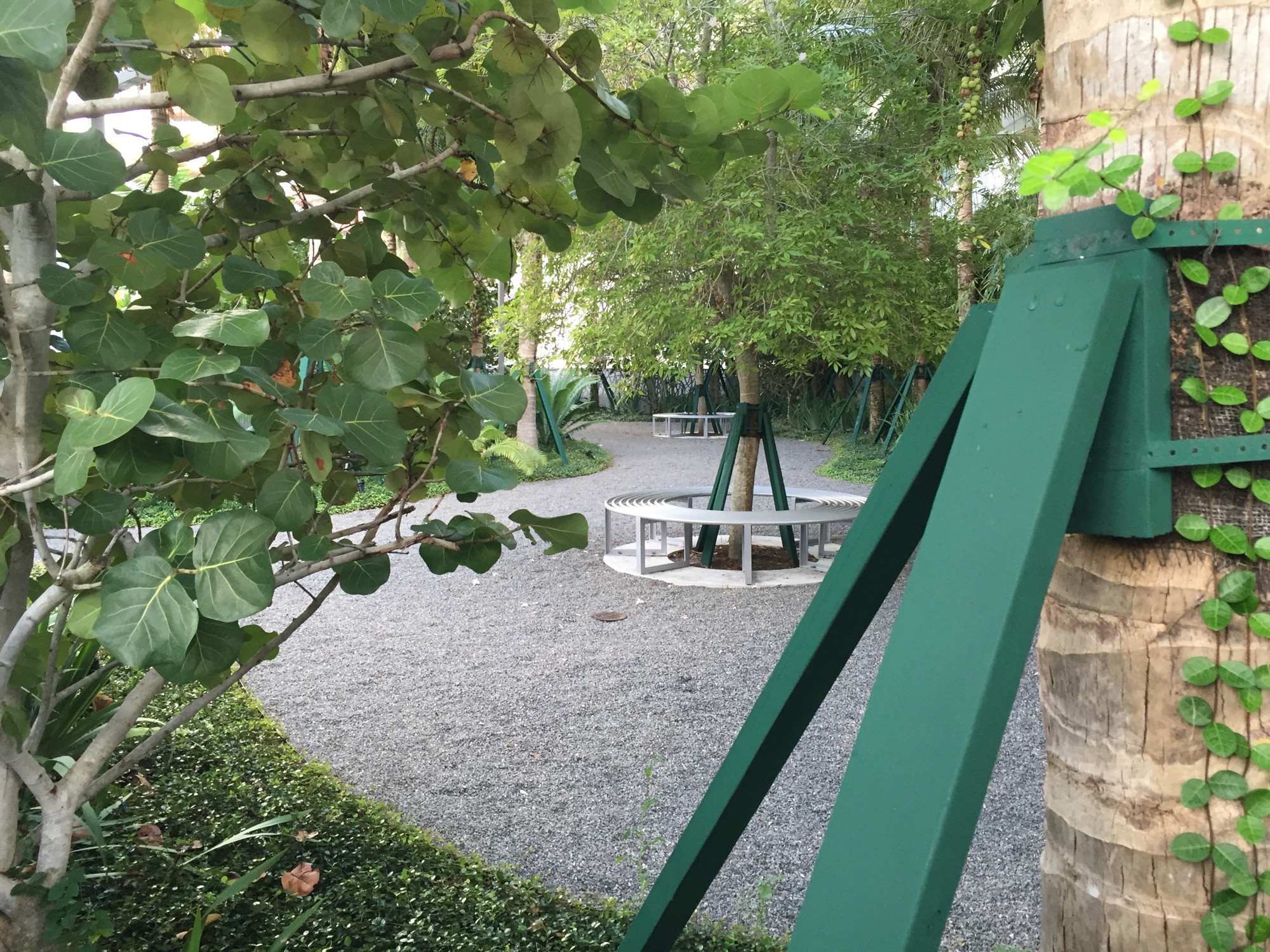 For a couple years, the lot on the southeast corner of 1st Street and Collins Avenue in Miami Beach contained the sales center for One Ocean, the neighboring luxury condominium project designed by Enrique Norten and built by the Related Group. That’s the building that its developer Jorge Perez bought, and then decided to sell, the $20 million penthouse of.

The lot went under construction, and it was converted to its next use, which is basically some kind of park-like situation. It’s rather beautiful, with lush foliage designed by Enzo Enea, One Ocean’s landscape architect, a substantial fence, and an alley separating it from One Ocean itself. The thing is the last time I checked (about a week ago) the gate to the street was locked (a second gate facing the alley was unlocked) and the ultimate use for  the space is still a mystery. An inquiry to Related’s Carlos Rosso had no reply. So, what is it?

UPDATE: According to Carlos Rosso, President of Related Luxury Condo Division, it is a privately owned public park, and the Related will open the park when they receive the Certificate of Occupancy, which they hope to be in about 60 days. The front desk of One Ocean will open and close the park gate, and hours will be approximately from 9 AM to 7 PM.